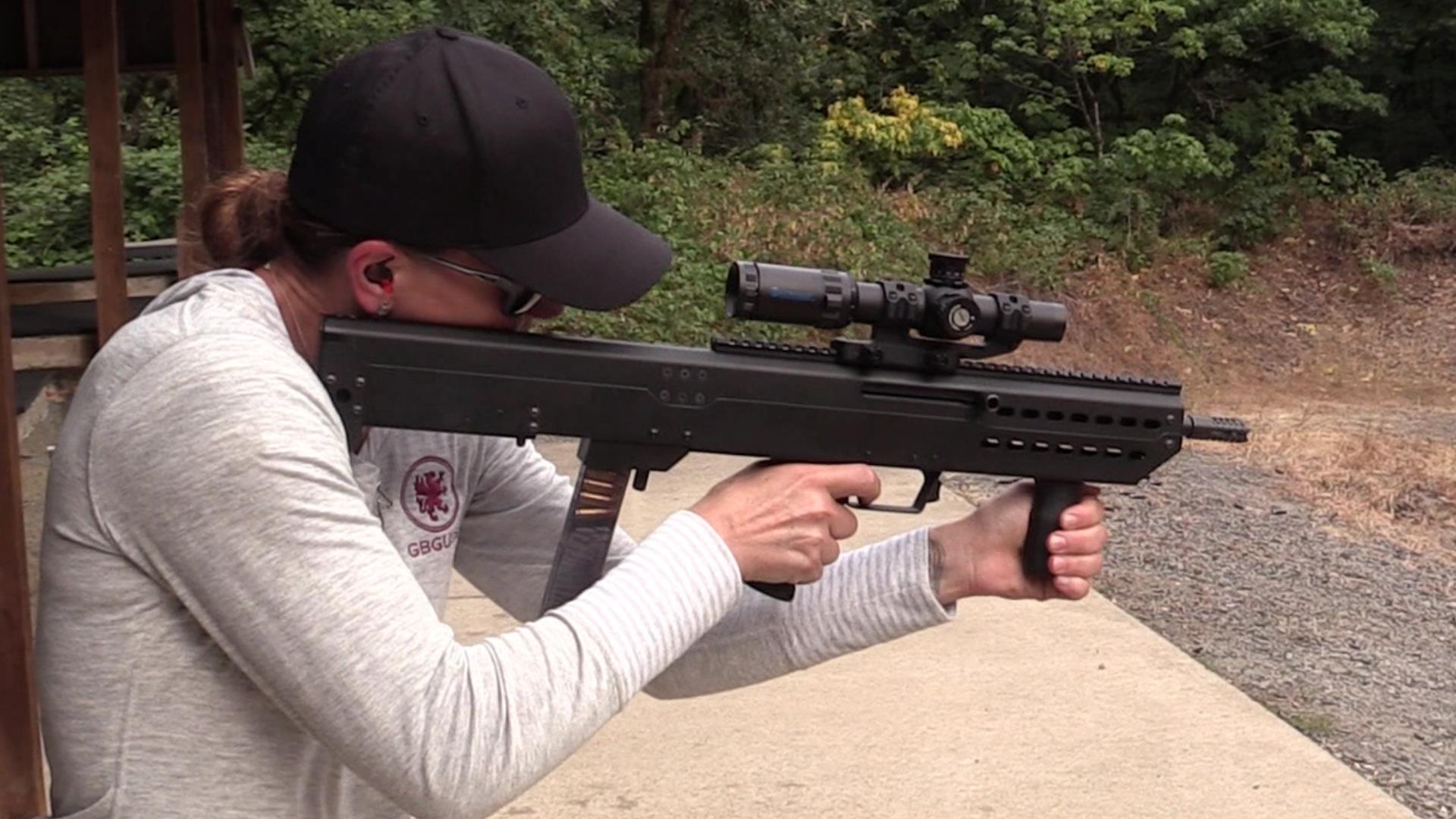 Jard is a company based in Iowa and known for their superb triggers.  If you’re like me the next thought you had was, “but if they make great triggers, what are they doing with bullpups?”  That question was answered as soon as I pulled the log of a gun out of the box.  The trigger on the J68 is incredible, in fact I’d argue better than many standard rifles.

If you’re not familiar with bullpups, they are rifles offering equal or longer barrels out of a much shorter platform.  This is accomplished by moving the chamber further back.  Usually further back means the chamber is right under the shooter’s cheek.  That may intimidate some, but when was the last time you experienced a gun blowing up at the chamber?  Because the action is so far back some form of linkage must be made between the trigger that the shooter can reach and the actual hammer release in the firearm.  At a minimum that usually means two pivot points which become sources of slop and result in a mushy trigger.

Mushy is not the adjective I would use to describe the trigger of the J68.  For a closer look at their latest model see the video below.

In the era of polymer everything it’s refreshing to encounter a gun like the J68 that is made of stamped steel.  The design reminds me a bit of the sub-guns of yesteryear. Elegance of design comes from its simplicity and utilitarian design. Full specification can be found below as taken directly from Jard’s website.  If you take a visit you might find yourself getting lost as they actually have a rather full lineup of options between rifles and triggers.  After feeling the trigger they are able to create in a bullpup I next want to get my hands on one of their AR or AK triggers.