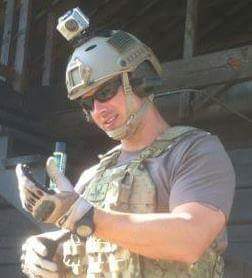 Hello, my name is Jabo and I’m a recovering terrible-marksman. I mean it; I was bad. Like the whole couldn’t hit the broad side of a barn type situation. The good news is that the nerd finally got the girl, the right vampire won or whatever, and I now co-own a marginally successful shooting instruction organization. How did I accomplish this pray tell??? Well I hope to give you an idea of what helped me, and perhaps help some others, during the course of this article, which will be the opener to a series. But first a little background:

My father is a helluva shooter. He was selected as the first instructor hired when John Shaw (Google him) started the Mid-South Institute of Combat Shooting in Walls, MS many moons ago. He taught there for many years and rubbed elbows with the some of the top shooters in the world and now owns his own training business. He also produced a super fast swimmer which would grow to become a bouncing baby man (that process is covered in a future article) who was both taller and much more handsome than his paterfamilias. Only one problem: the kid couldn’t shoot. He was missing the X-ring chromosome it would seem. It was further frustrating that the world class tutoring that was available to him at the time could not overcome the awkward lad’s complete inability to process it. Fast forward a few years and this mental midget was barely passing the qualifications to graduate the police academy. He did make it by the skin of his teeth and immediately set his sights upon achieving the lofty goal of being selected for his agency’s full-time SWAT team. Small hurdle: they carried lots of guns, and he still couldn’t hit water if he fell out of a freakin’ boat. So after several years of beat work (and barely passing annual qualifications), he was eligible to apply for the next SWAT selection. This audition begins with a one day screener to assess applicants who will then be either dismissed from the process or invited to attempt the 5 week selection course based on their performance. And of course there were the pistol qualifications under extremely intimidating circumstances. So there I was: young, balding (still handsome), physically fit (or so I thought), and absolutely terrified of the shooting qual. So in the weeks leading up to the screener, a buddy and I worked out together and practiced shooting (completely willy nilly) and by sheer will, I got marginally better at falling way short of achieving the required score of 95% out of 100.

Sidebar time. See, let me pause in the story for a moment to address the massive pink pachyderm in the room. Here’s the thing: most cops can’t shoot. I mean like really can’t shoot. I was definitely in the majority skills-wise. On yearly quals our regular officers pass with a 75% out of 100. And if they fail they end up getting something like 8 chances to re-shoot before getting their weapon taken if they still can’t pass. Now there are some incredible shooters and some really good shooters in the LE community but they make up less than 15% according to a statistic that I just made up to prove my point. Most are “C”average students and a few of them struggle every year just to keep their jobs. Pretty scary right? Well consider this: in America it’s now the cutesy-patootsy thing to give everybody a trophy whether they deserve it or not. I mean they gave me a job right? See my point? So you have more people being pushed through academies because of either lower standards or refusal to enforce standards (“Give them ONE more try….again…..”.) Also nowadays less and less people want to work in law enforcement due to the current social climate so they need bodies. Most cops will never receive any significant additional firearms training after their academy unless they have a proactive command staff or are assigned to a special operations unit. And a lot of them won’t participate even when it is offered to them. My agency has open practice days several times a month to assist shooters of all skill levels and most of them can’t be bothered to show up. The truth is we don’t like to do activities at which we suck. And since I’m on this soapbox let me go ahead and hit this item real quick. If you are one of those people who carry a gun for a living and you say that you “aren’t going to train if they aren’t paying you to” or that “you don’t have time” please punch yourself in the plumbing right now. I call bullshit. No, BULLSHIT. I don’t care if money’s tight, you can find enough extra $$ every month to buy a box of rounds. Maybe drink Natty Light instead of Stella one day a week or something. You can trim somewhere to find that cash. And okay, if you are the one person in the financial position to be able to afford nothing, check this little nugget out: Recoil management is about the only thing that you can’t train for by dry-firing in the comfort of your own home.

Think about it: almost every other fundamental of marksmanship or weapons manipulation can be practiced dry. And the “no time” thing? You have the same amount of hours in the day as Arnold Schwarzenegger, Mother Teresa, and the lead singer of Whitesnake and all of those badass people found the time to accomplish some pretty phenomenal stuff. You’re telling me that you don’t have ten minutes a day to dry fire while you watch some dumbass singing competition or “reality” show? Here’s a dose of reality: it’s only your life at stake. Actually it’s all of the other cops and citizens that you swore to protect who’s lives are at stake. We’re responsible for every round that we send downrange. The abilities must be there.  You are not going to revert to your training under stress; you are going to revert to the level of training that you have mastered and made second nature. This is why I love responsibly-armed citizens. They devote their time and energy towards skills that they understand are essential for preserving life.  Give me a class of citizens who spent their own hard-earned cash to be there over some cops whose agency forced them to attend any day.  To my LE brothers and sisters: I love you and thank you for what you do, but if you have ever uttered either of those excuses, then it’s come-to Jesus time.  The maximum effective range of an excuse is zero meters. Take your excuses and shove them up the tops of your legs, shut the *&^% up, and get training.

Sheesh, sorry for the rant. Where was I? Oh yeah, okay SWAT selection. So as a former “don’t have time” type of shooter, I had waited too long to begin preparing for the screener. My only chance: lots of prayer. I went straight Bon Jovi and was living on that stuff and lo and behold on the day of the screener, the Good Lord saw fit to perform the miracle of allowing me to pass the shooting portion. Hallelujah! I then survived selection and made it onto the Team. And we lived happily ever after……..until the next time that I had to qualify. I failed and was put on 30 days probation. I had made it and now I was in danger of losing it. I didn’t know that I had to CONSISTENTLY shoot well! I pulled it out of my ass and was returned to full status but the anxiety remained. I wouldn’t sleep for several nights leading up to any training day and I went through a lot of toilet paper. The breaking point for me was being the only one of my peers to fail a shooting qual. required to gain entry into a course. Something had to give. Enter my instructor:

When an instructor tells you that you are “jerking” or “slapping” the trigger it’s almost always an incorrect assessment. I mean, you may in fact be aggressively manipulating the trigger, but it is almost never enough force to create the extreme misses that we see in courses. I’m talking 12-14 inches off at 7 yards kind of missing. What is almost always occurring is that the other three fingers and thumb of the shooting hand are pulsing at the moment that the weapon fires in anticipation of the recoil. I often tell shooters that I don’t care how much or how little trigger finger they are using as long as the hand isn’t helping them to discharge the weapon. Someone way smarter than I (thanks Ross) dubbed this the “three amigos”, as in the three other fingers have been drinking margaritas and are trying to join the party. It is usually very difficult to get a student to realize this, and they will often vehemently deny that this is the case, i.e. “my sights are off”, “it’s the gun”, and my personal favorite “I’m simulating combat.” I’m pretty sure that the goal in combat is to hit what you’re aiming at. So out come the dummy rounds. They are the cheapest instructor that you will ever find. I use them on students and myself all of the time. Think you aren’t adding impulse from the hand when shooting? Let your buddy load your mags with some dummy rounds snuck in and let the laughs fly when you flinch like the first time you saw The Blair Witch Project. So once we have established that this is indeed the causation of many many misses, we use dummy rounds in every mag. The bonus is that we also get reps at immediate action drills for re-functioning the weapon. I began using these all of the time and after a lot of red-faced shame, I started losing the flinch. I went back a year later and passed that course. Obviously this isn’t a cure-all, but I’m telling you it will expose a flinch problem faster than seeing your parents naked. Stay tuned for next time when I’ll continue to waste most of my space on stupid stuff and then give you two sentences of potentially helpful suggestions. Deuces.

BIO – Jason “Jabo” Long – Currently serving as Team Leader on a full-time SWAT Team with a large law enforcement agency. He began his career in 1997 and has an extensive background in both conducting and training others for high-risk law enforcement operations. He is a lifelong student, sometimes instructor, and is a graduate of the Dept. of the Army/FBI Hazardous Devices School (Bomb Technician), DARC LECTC-01, and DARC LECTC-02. Jabo is the co-owner of Ronin Combat Strategies and is an instructor for TOSS.