IWI kicked off in the United States by bringing the Tavor.

Five years later they are set to have over 60 active products from Jericho pistols to the Galil ACE line up and adding the Tavor 7 and TS12. The original Tavor SAR21’s have been retired.

The Tavor 7 was teased and previewed well before SHOT. The IWI US Facebook kicked off that campaign awhile back.

The 7 is a culmination of the SAR21 original, X95, and adding successful elements of other 7.62 rifles. The gas system is similar to the FN SCAR by IWI’s description.

The ability to switch ejection by the end user makes this a one rifle for all shooters SKU and in a couple minutes you can hand it to an opposite handed shooter with no problem. 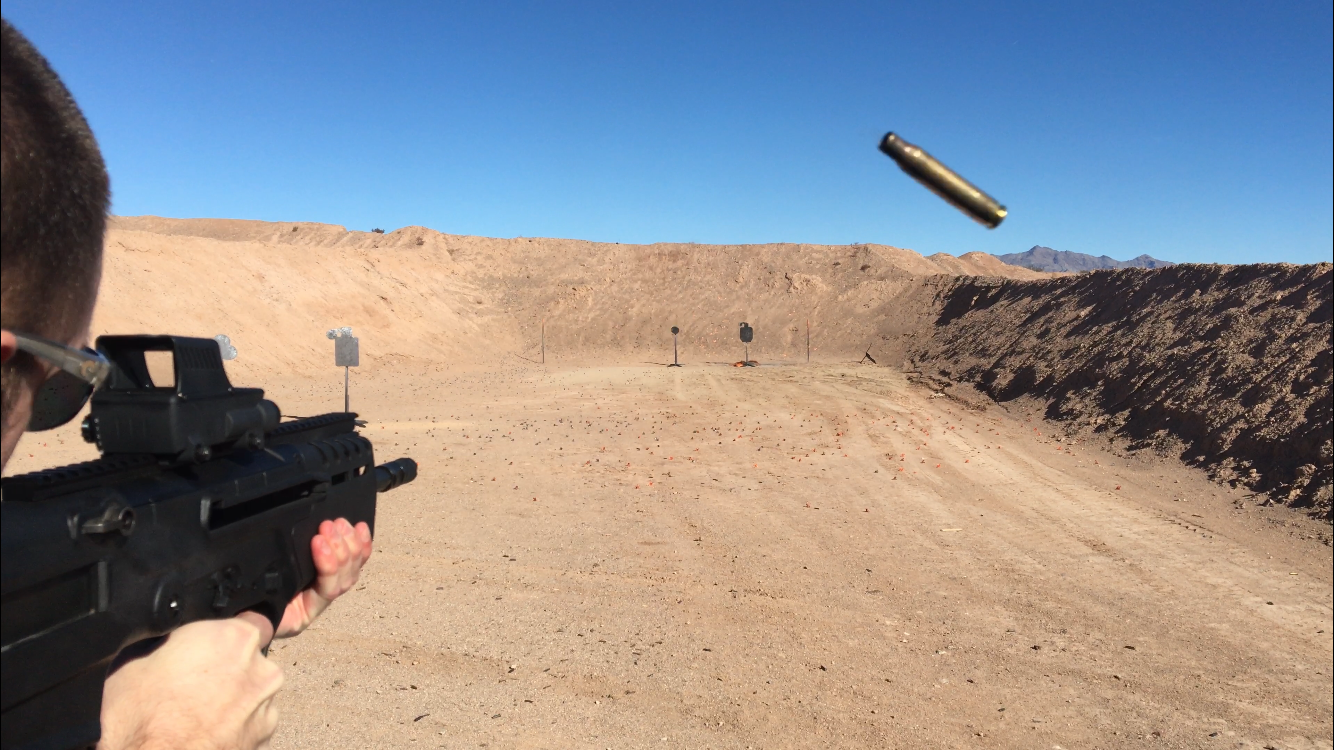 My range time with the 7 was limited but still informative. It has a recoil impulse similar to the highly regarded SCAR17, gentle for caliber. The gas system and reciprocating mass of the carrier I credit.

It’s a 4 setting short stroke. Normal, Adverse, Suppressed, and Off. When IWI took it apart at the booth to illustrate the ejection port shift they went through several features.

Probably the most convenient addition was the case deflection gates. The Tavor 7 has built on sliding gates that open and close without tools. No screw driver installation like the current caliber conversions.

The 7’s will be entering full production shortly as soon as all the pieces (literally) fall into place for supply. 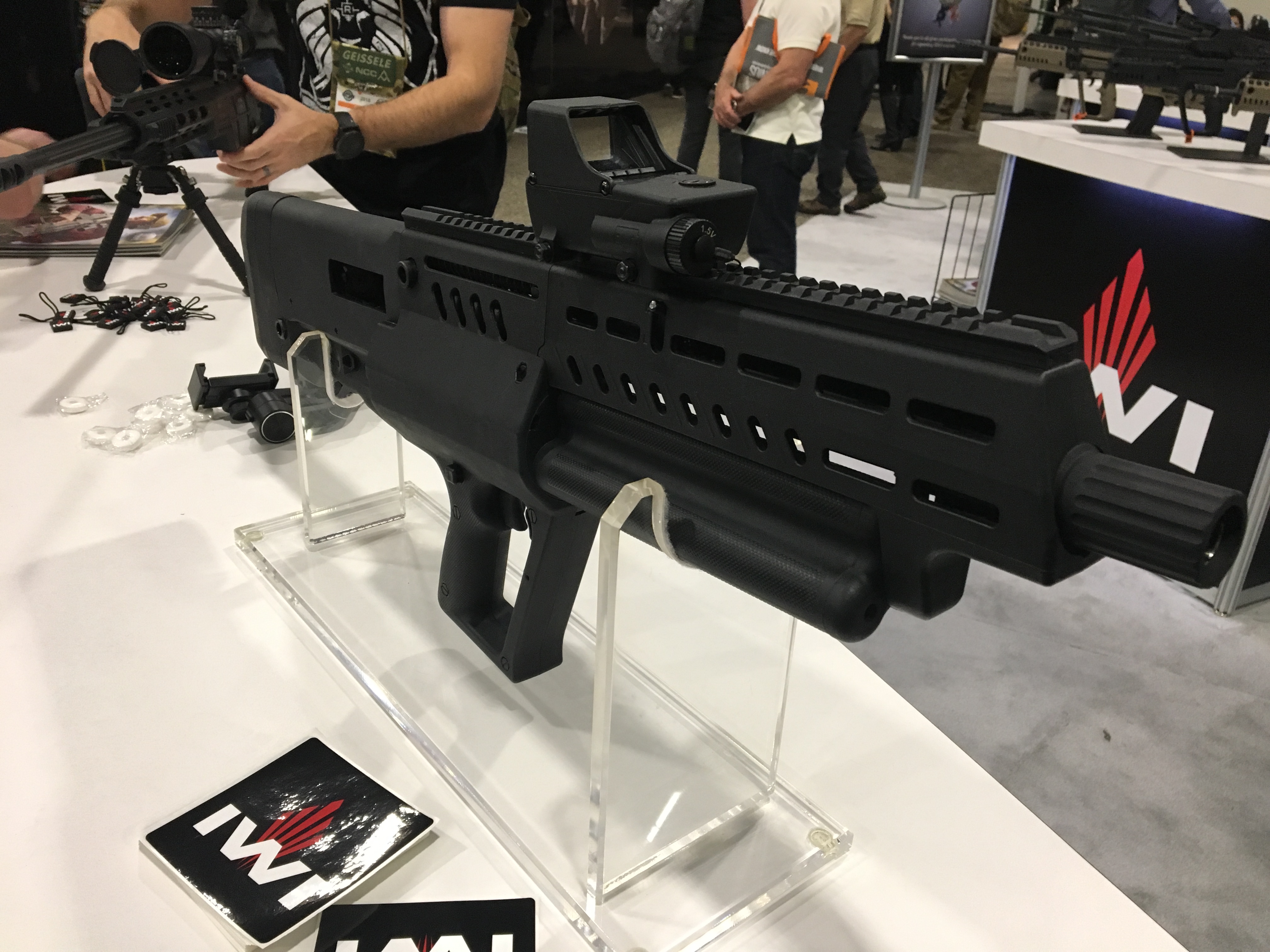 The TS12 is a more radical departure from IWI’s root products. A high capacity rotating magazine shotgun with an adjustable gas system for low and high brass.

Like its predecessor high capacity bullpups, the TS12 shouldn’t be treated as high cap for active use.  The rotating magazine is manually activated from the front of the trigger guard and serves more like two independent 5 round reloads in addition to the actively feeding magazine.

The TS12 takes Beretta thread chokes (good choice) and the gas system adjustment is easily accessible in front of the charging handle. Talking with IWI, the R&D team is continuing to optimize it to cover the widest range of ammunition.

The TS12 is further out than the Tavor 7, but we’ll keep an eye on it.

The space bugs and covenant will just have to be patient. 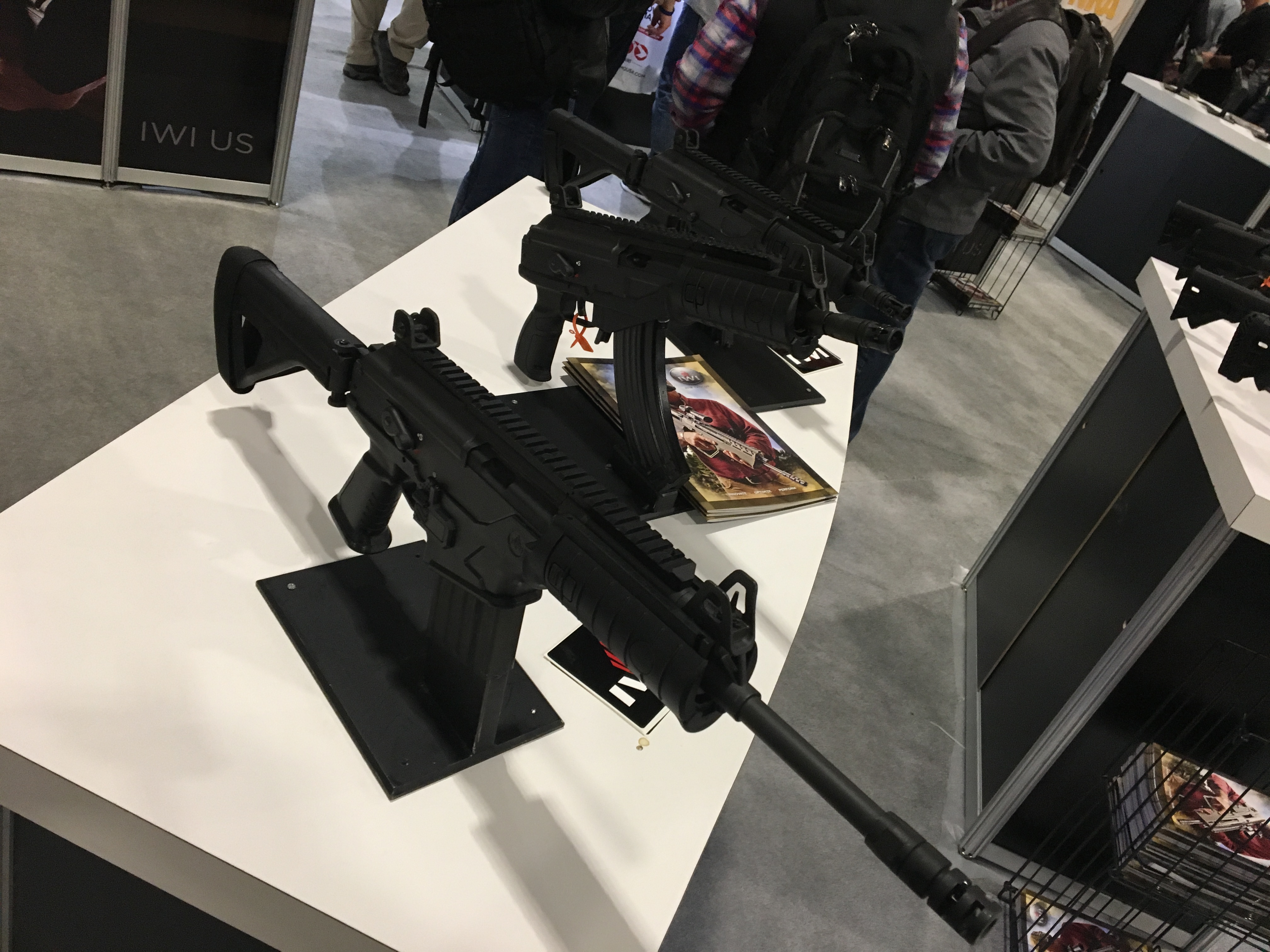 The Galil ACE line was on display in pistol, SBR, and carbine formats.

IWI also confirmed work an a factory SBR that mirrors the fielded IDF X95, they had examples on the range. Having owned an 18″ Tavor I can see why they went to the littler X95. The thing moves!