After cutting my teeth on training for the year with Tavor I, I couldn’t just let it sit.

With IWI Academy tiering the training into 3 levels I needed to look into the next as quickly as I could. I wanted more trigger time.

So the first weekend it was available I set my Jeep to cruise back to Alliance, OH.

Another morning back in the classroom. This time with Tom Alibrando, IWI’s man at the top when it comes to running these rifles. His input has been instrumental in the current and future development of these rifles and their manual of arms.

I did have one request for Tom before coming to the course. My wish was granted…

IWI is working hard to bring the Micro Tavor to market here in the U.S. The minuscule carbine is less than 23″ muzzle to stock… but 13″ of that is cold hammer forged barrel. This means that it, unlike the vast majority of SBR’s and AR pistols, retains the devastating velocity needed out of a 5.56 to make it effective.

In a 300BLK this will mean it has a barrel longer than the rounds optimum design length (12″) resulting in no lost performance and a small velocity gain over the blueprint SBR format AAC started with. Since the rifles are already in 300BLK its not a leap in logic to assume IWI is looking at making their SBR’s in the round also. That is not confirmed though.

And o… sadly no definitive time on SBR’s in the wild. But they’re on my speed dial and when I know so will you. As of this writing only two domestic models exist. The one I shot (with perfect reliability) and Tom’s.

The only modification we made from factory was to throw the longer X95 butt pad onto the rifle. Why? I’m six feet tall, and if Tom’s shorter frame likes longer length of pull on the stock then it’s an absolute necessity for me. Tom’s idea, and he was right on the money. The fit was perfect.

The morning opened much quicker in Tavor II than in I. Tom greeted us all and the small course got down to business.

“My name is Tom Alibrando, and I hate bullpups.”

The next hour was spent on why the Tavor, and specifically the X95, broke with that attitude. The reliable and compact little ergonomic design is a more than worthy competitor in the 21st century field of carbines. The only one that paces the FN SCAR and H&K 416 series in my opinion.

After a safety brief that went over the rules, assigned medics, and pointed out our air med landing site, we loaded rifles and the range went hot.

Movement was the name of the game. Unlike Tavor I, Tavor II doesn’t keep you in one spot to shoot. Where Tavor I covers fundamental applications specific to the rifle, II covers using them mobile and under more duress.

Only a few drills were actually on a timer but the expectation of running forward, backward, moving laterally, and changing to more stable and advantageous kneeling and prone positions was do it quickly.

“This is a fighting class. We’re not learning to run the gun anymore we’re learning to fight the gun.” Tom admonished us.

Round counts were high, 3-8 shots in a string and a short drill was a full magazine, most were multiple mags. Reloads were all on your own, not structured into specific places, it was an organic means of shooting and engagement.

Only hits count, we shot a lot of steel for the feedback. Distances ranging from 50 yards to 300.

After lunch on the first day we got into some handgun work. 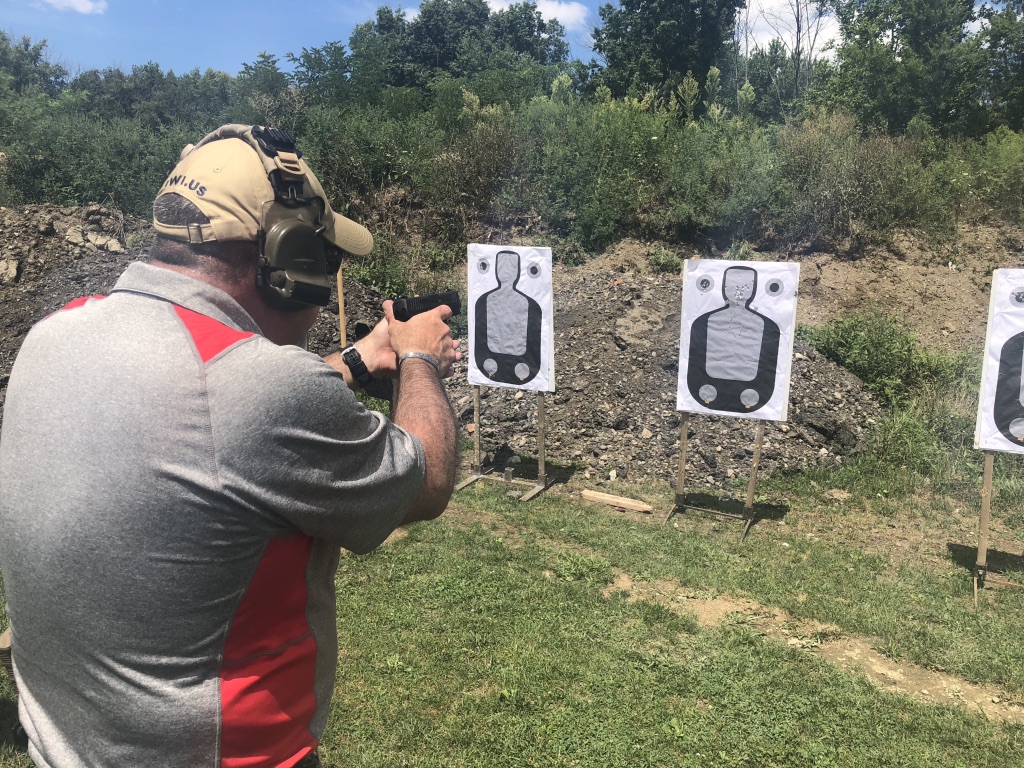 3 mags without the rifles to quickly sweep some cobwebs off and then it was onto transitioning.

It’s nearly a full second faster to get to your pistol than it is to reload a rifle under most circumstances so a stopped primary is most easily remedied by pulling your secondary.

Just as important, we covered properly returning to that primary, with a fully ready secondary that only gets put away under conditions safe to do so.

NOTE: This isn’t a team tactics class, we’re still on and focusing on individual fighting skills. Are team tactics cool? Sure are. Are they practical for a home defender, concealed carrier, or patrol officer on their own? Nope. At minimum not until individual actions are at a sufficient level of proficiency. 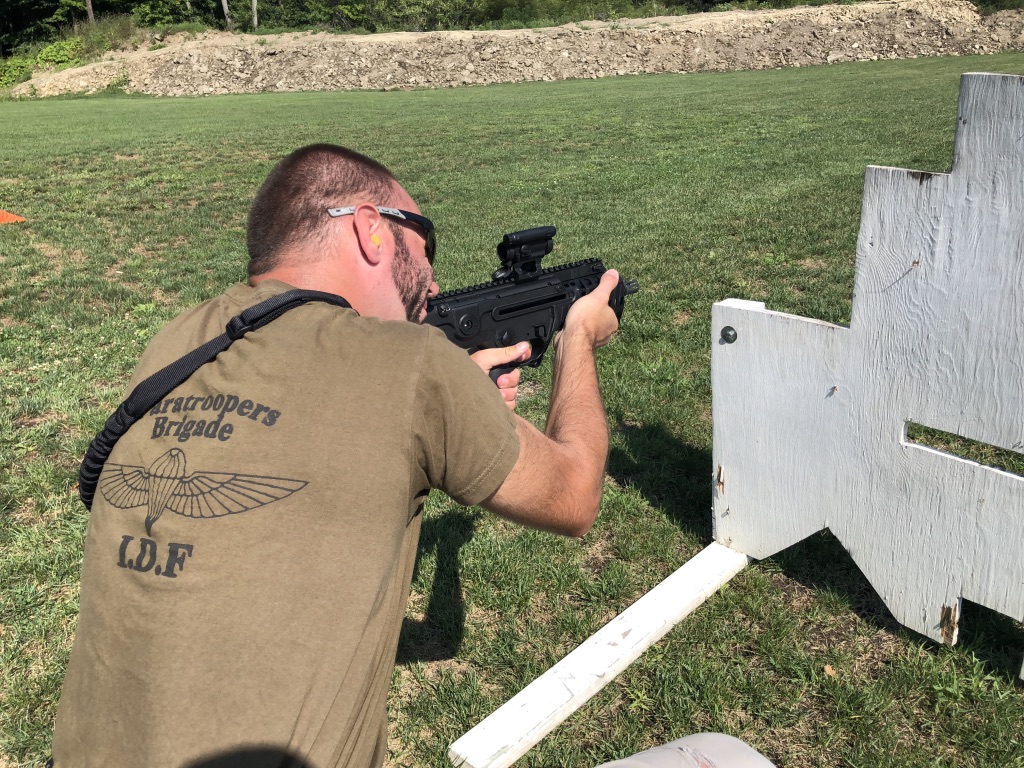 Basically you as the shooter need to make a very quick decision on whether or not that object is more useful to you helping you support the rifle or keeping it between you and the threat as much as possible. We shot both methods.

And to anyone asking yes that is me, a right handed incredibly right side dominant shooter, firing a right hand configuration X95 off of my left shoulder. No brass didn’t get up in my face or blister my chin.

The X95 is capable of being fired with ease off hand. Being mindful of where you place your face in the same manner you’d keep your arm out of the way of ejection and you’re fine. Plus in the event you need it, a bouncing case ejected toward your chin will be your last priority.

Tavor II concludes with a 300 point qualification shoot. We ran it 3 times and my high was a 279. Not where I want it but not bad.

Running, malfunction clearance, position changes, shooting on the move, and sidearm transition were all part of the 60 shot course which closed a distance from 100 to 3 yards.

We were all hot, sweat drenched, and happy overall with our results.

Then Tom opened the back hatch of his truck… 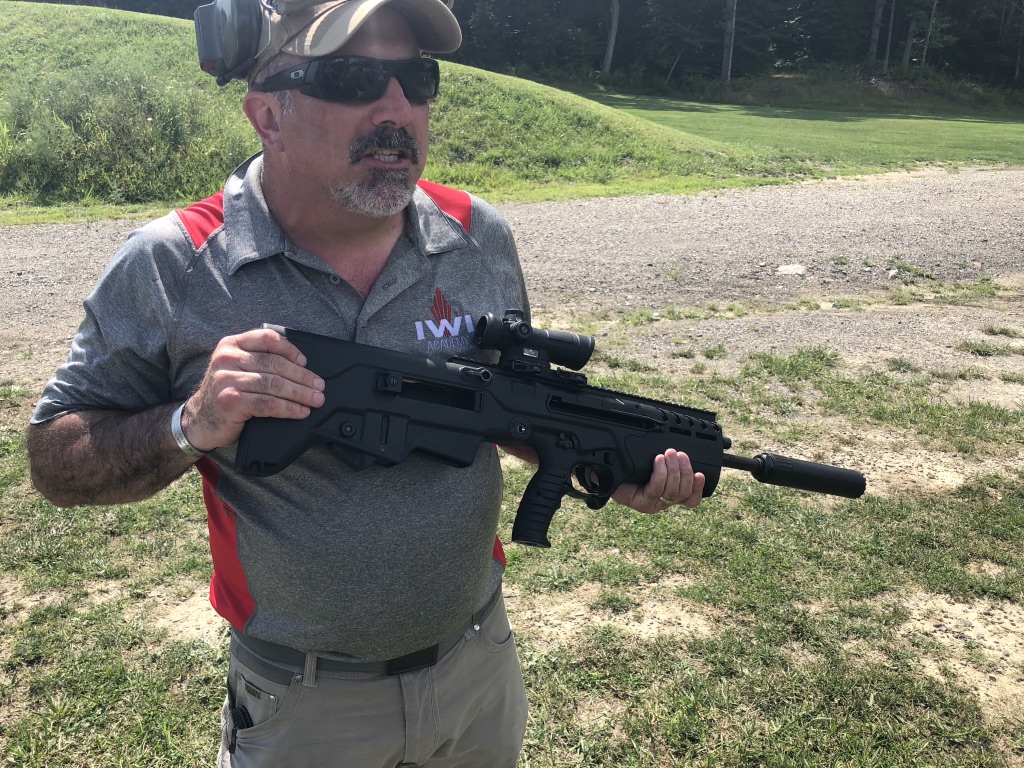 Out came a Tavor 7. We trucked back to the 300 yard line to wind down the afternoon with some .308/7.62 NATO goodness. IWI should be shipping the first run of the 7’s very shortly. 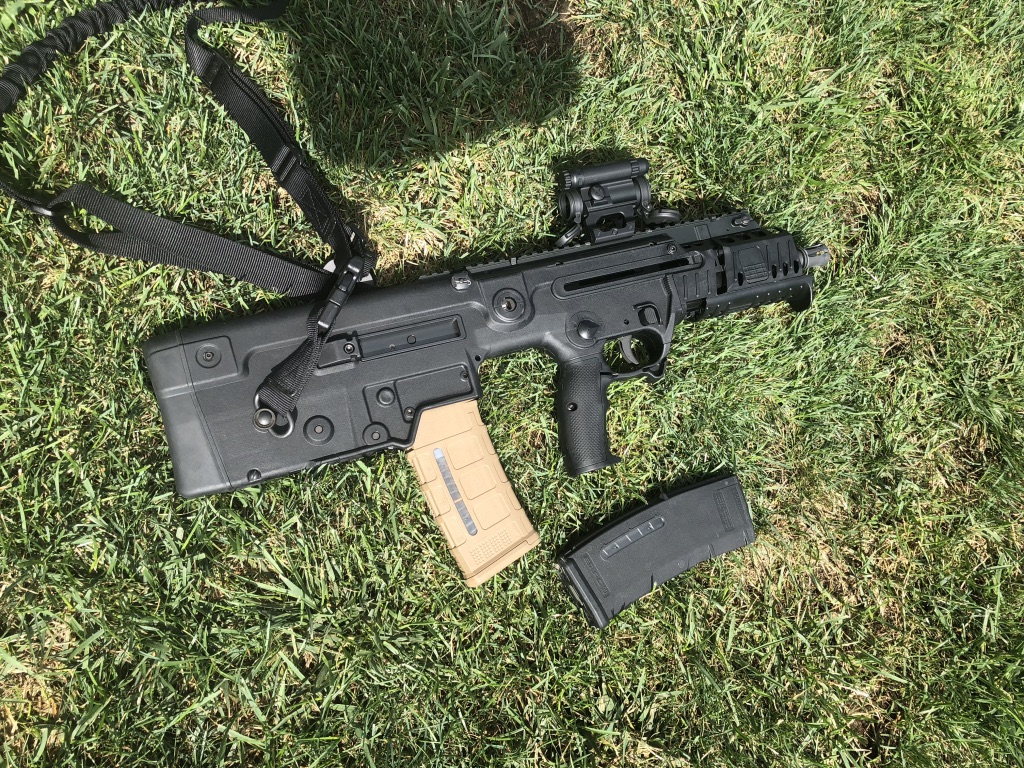 The X95 SBR makes a bold statement of its utility when pressed at distance. At 200 yards it was ringing steel with authority. My Galil ACE, as fine a firearm as it is, can’t break the laws of physics. The 8.5″ barrel could accurately send a 55gr 5.56 to the target, but the ring was barely audible. The 13″ X95 retains speed, and speed is essential in 5.56 terminal effectiveness. 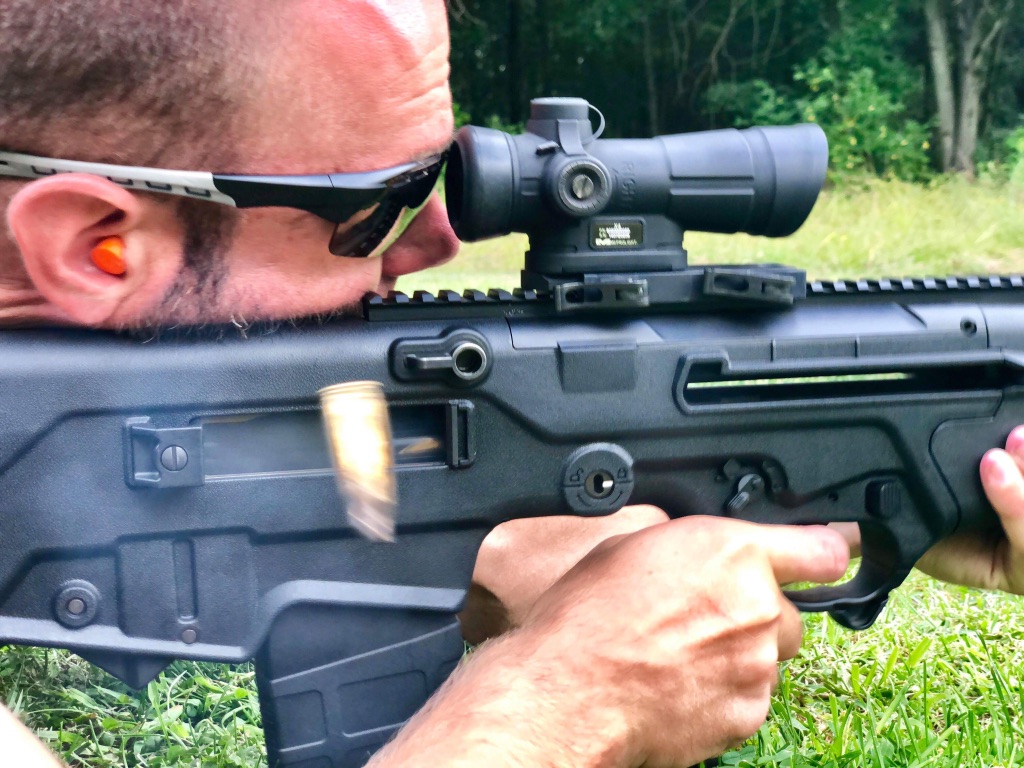 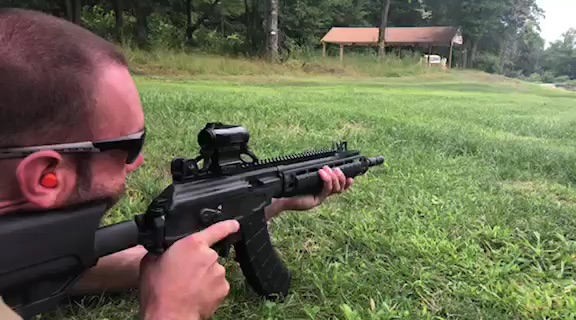 The thing is ridiculously accurate.

Tavor II implements training towards using the X95 and SAR as a fighting rifle. The course design and execution by IWI Academy improves a student’s ability to use any rifle effectively but it highlights some of the design advantages of the Tavor series to great effect.

Tavor I and II are high value for any shooter, bullpup fan or not, and IWI is happy to furnish you a carbine to run.

I left exhausted and well pleased.

I am greatly looking forward to III.

Book a course, get shooting.