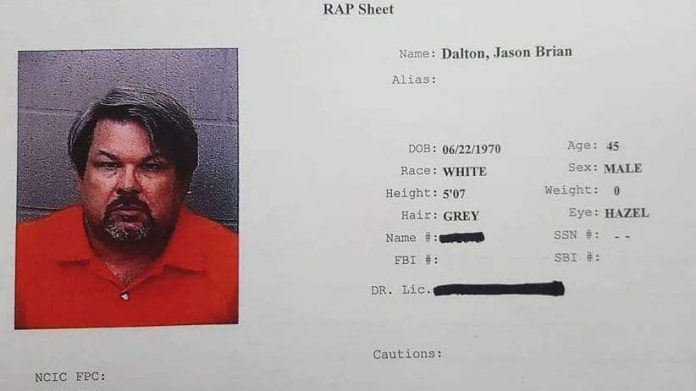 I’ve talked with a spree killer…

That’s an odd thing to acknowledge having stood face to face with a man who has killed now seven people and an eighth’s life still far from certain.

What did we speak of? Guns… I was working so, of course, we talked about guns. I do that with dozens of people each day. I’ve spoken with and taught thousands of people at this point, and one thing about Dalton stands in stark contrast right now.

He was entirely unremarkable in any regard I can recall. I barely remember his face (it was his Uber picture that sparked familiarity), and that generally corresponds with a run of the mill conversation about any given firearms topic…

I’ve spoken with people who throw up red flags. People who want to bury guns in some remote location to fight the “U.N. invasion”. People who you can tell immediately will fail a background investigation. People who project everything about themselves by their mannerisms, body language, and topics of conversation have been face to face with me across a counter, and I read deeply.

I’ve spoken to bigots and morons, and they are the minority, but they do exist… and they’re annoyingly loud about it.

Dalton, however, nothing stood out like I said. No oozing feeling of evil intent. No “creepy vibes”.

This close to home attack, both socially and geographically, has driven home a sharp point. You cannot predict evil. Good people do not understand evil. It is a more foreign and alien concept than any other in our lives. Political disagreement, even vastly differing views that result in heated debate and anger don’t begin to touch on the disparity of good and evil.

We cannot understand it, not truly, so we cannot predict it. That leaves good people with only one viable option.

We must react to it.

We cannot know where or when so it must be wherever and whenever. We must be ready to act with the virtue and righteousness of good people. Be ready to aid the injured, to comfort the mourning, to protect ourselves and each other, and to communicate as best able to warn each other.

And in that moment of tragic necessity, you should be ready to get violent.

Evil in this regard is not only foreign, alien, and terrifying; it is force laid bare. How do you react? How do you respond to that evil if it is right in front of you?

I can’t answer that for you. My answer is mine alone. I can share with you my answer and give my advice, but I do not choose for you.

But whatever your answer and in whatever form it takes make it a serious one. Do not ground it in hope or a fanciful notion of what you wish would or could happen. Answers to emergencies must be grounded in real solutions to effect the real situation… The hope of peace is a beautiful thing, but it is not a course of action.

Given the known facts of Dalton’s spree, it is entirely baseless and pointless to say either of the asinine arguments “get rid of guns” or “should have had a gun” they are equally intellectually empty and serve only to anger the political opposites. Just look at Facebook for six seconds.

Show kindness still to your neighbors.

And in the face of true unpredictable evil choose now, today, this very moment, choose to act. Whatever that action may be, cover, defense, escape, evade, evacuate, aid, or intervene. Act with purpose, decisiveness, and intelligence.

I’ve chosen for me and again only me, I choose for no one else. I chose 10 years ago.

In the face of Evil, of force terrifyingly laid bare before me, if I am alive, I will act.

And it will be violent.