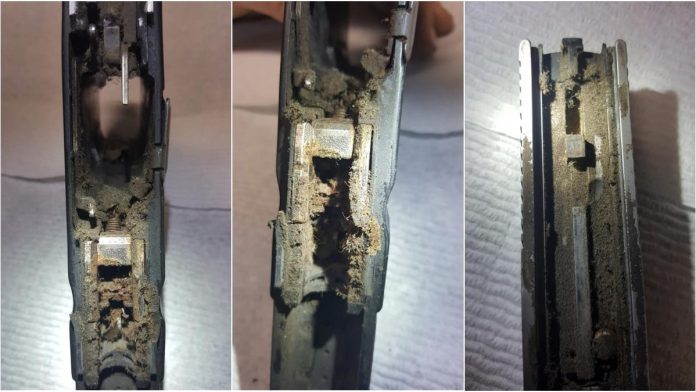 scopes are not supposed to move like that from r/DiWHY

scopes are not supposed to move like that from r/DiWHY

I thought I was going to take Labor Day off folks… But I had to share this piece of utterly baffling GUnMSMIFery..

This marvel of.. something that isn’t engineering but it stayed at a Holiday Inn Express last night.. comes from reddit and I have never experienced the like. It isn’t even a Brandon Herrara cursed gun image, it just impresses you with the sheer persistence it took to put a scope permanently onto the bolt of this rifle.

There are some rotating bolt manual rifle designs that would technically allow for this sort of situation, they have a portion of the assembly that doesn’t rotate. The mounting of an optic onto that portion could, I suppose, make sense to someone who doesn’t understand the job of the bolt assembly. I’m just surprised it made it into a working (at least closing) assembly.

So.. marvel with me readers.. just marvel.