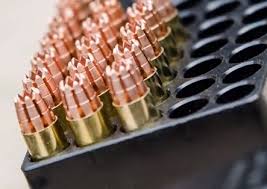 There are dumb rules of war, but there are also a lot of rules that are misunderstood.  For instance, you (meaning our US troops) CAN shoot paratroopers.  We CAN shoot inside a mosque. We CAN shoot a person with a .50 cal too. And, as I’ve said before in my pick for the new Army pistol caliber article, the United States CAN use hollow points. Yeah, you read that right.

After I wrote that the military should got to hollow point handgun rounds, say Speer Gold Dot or Carbon rounds, I received several emails and comments by a handful of veterans, active duty military personnel and even a few citizens. The comments ranged from negative to brutal—none in my favor. Most veterans who wrote suggested I didn’t know what I was talking about.

Just to be sure I wasn’t totally out of my military mind, I contacted a retired JAG officer who really knows what’s up with these kind of questions. He told me I was correct. In true lawyer-ese fashion, he went into detail about things that I didn’t really follow or perhaps comprehend, but he did say something I understood right away: I was right. He said there was no national or international law suggesting that the US military couldn’t use hollow points for pistols.

We also spoke about boat tail hollow points for long range precision weapons, which our top military snipers have used and are currently using.

That said, he doesn’t know if the military is actually going to now go to hollow points. Nor do I, despite initial reports that the new ammunition for the system includes them. But just like I suggested in my earlier article, it would make sense for the military to start using hollow point rounds for handguns and there isn’t anything illegal about it. 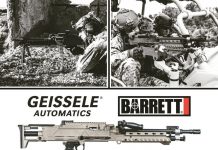 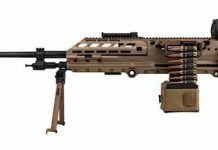