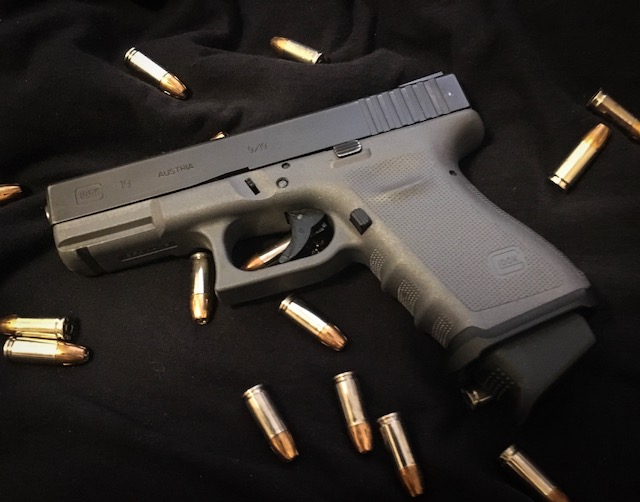 The .40S&W was developed because of the actions of William Russell Matix and Michael Lee Platt. Platt and Matix both served in the United States Military. Matix was an MP while Platt was an Army Ranger in Vietnam. When both of their wives died from mysterious circumstances they moved to Miami, Florida and started a landscape business. Over seven months they managed to steal two vehicles by killing their drivers and commit several burglaries including an attempted robbery of an armored truck. The pair finally got the attention of the FBI after they robbed two more armored trucks and two banks.

Acting on a tip the FBI did a rolling stakeout to look for the two suspects. The car they were driving was spotted and a short police chase led to one of the most famous shoot outs in History.

Eight FBI agents converged on the two suspects who opened fire on the agents. The incident lasted less than 5 minutes and over 145 rounds were exchanged two FBI agents were killed and six others suffered injuries. The FBI went up against two highly trained, motivated individuals and got their butts kicked.  Concluding the 9mm round their agents carried was not enough, they decided they needed something with more stopping power.

My love affair with the .40S&W started in 1998 when I was issued a Glock 22 and started my career in law enforcement. When asked why we were issued the .40S&W the department trainers told us we should carry the largest caliber we could shoot. I asked about the .45ACP, it was larger and more powerful in my mind. The department’s response was “The 45 was to i 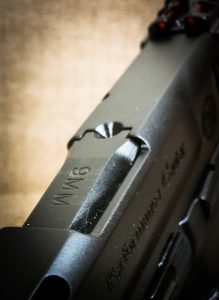 nhumane, We don’t want to kill them, we just want to stop them.”

So based on the FBI recommendation my department issued the .40S&W instead of the weaker 9mm. The first time I shot the .40 I noticed it was a little snappier than the 9mm however it was not unmanageable. Departments around the country were having success with the .40. It gave us greater stopping power over the 9mm, we had larger capacity than firearms chambered in .45ACP, and it was more “humane”.

After 17 years of trusting my life to the .40S&W, I am now told that .40 is outdated and 9mm is the way of the future. Departments all over the USA are dropping the .40 and going back to the 9mm. What is causing this change?

The FBI drove this change of thought, they gave birth to it and they killed it, but is it really dead?

In 2014 the FBI training division published a report on handgun effectiveness. The researchers found the single most important factor in stopping a threat with a handgun was penetration. The bullet should penetrate 12 to 18″ in ballistic gel, a tissue simulant the FBI developed.

The study also found that law enforcement officers typically miss 70 to 80 percent of their shots during a shooting incident. Why such a high miss rate? Recoil, and stress.

The study found that having less recoil equated to better accuracy. If we miss 70 to 80 percent of our shots then ammo capacity comes into play. We need to carry more ammo. The FBI concluded the 9mm allows us to do the same job we did with less recoil, and larger capacity in the same size firearm. With this new information both federal and local law enforcement started ditching their .40’s.

I now carry a 9mm Glock at work, however I am not ditching my .40 without a fight. I had to see for myself if 9mm is truly better. I took both out to the range and fired several mags through each gun to make sure my test would be fair.

My first test was to draw and put 5 rounds on the target as fast as I could. The 9mm performed very well, in 3.17 seconds I drew and put 5 rounds in a 1.5″ group. Not bad for an old guy like me.  Now it was time to see what the .40 could do. same drill, same holster, surprisingly my time was also 3.17 seconds.

To my amazement the .40 was not any slower however my group size did suffer. In fact my group had opened up to 4″. Is a 4″ group unreasonable? No, a 4″ group is great most people would be lucky to get a group that small. A 4″ group is acceptable in a life or death situation.

The larger group due to the snappier recoil of the .40 really shines a light on the benefits of 9mm especially if you have to shoot with your support hand only or you are a new shooter. The FBI is right, the .40S&W is much more difficult to shoot accurately with great speed.

Is the .40 still a viable option, yes but thanks to the diligent folks at the FBI we know there are now better options that allow for higher capacity and more accuracy on follow-up shots.

I will never ditch my .40. As long as ammunition is available I will still shoot my trusty Glock chambered in .40S&W. If you’re new to shooting, or have a family member who will also be using your gun I would recommend starting with a 9mm.

The .40 is not dead but it is barely treading water.