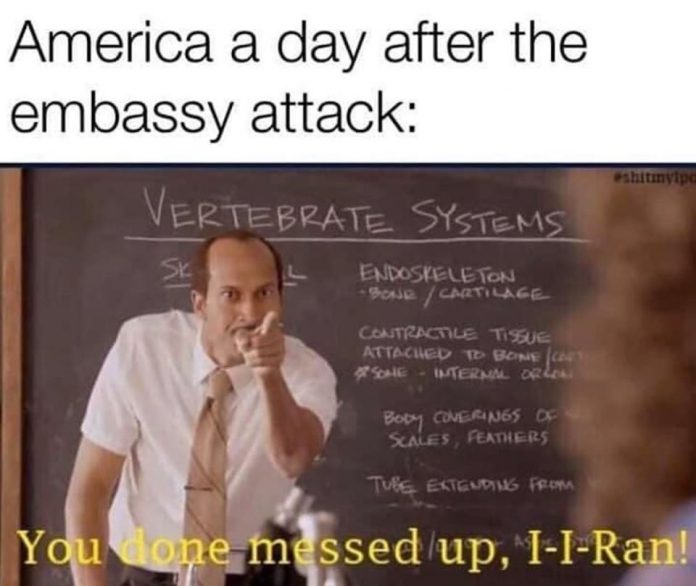 The Global War on Terror has shaped modern gun culture. You can see it in everything. What Glock does SOCOM use? What M4 variant is the current hotness with the SEALs? The Marines use this ACOG! And so on. But with the cool down to skirmish level events all over the Middle East it wasn’t clear where the Military would be focusing its future tech.

Oh sure, the NGSW program and future tech from frigates to F-35 fighter planes were shifting focus to “near peer” forces like China. But the gunfights and skirmishes are still happening in the Middle East. And Iran is the pusher of so many of those buttons it isn’t funny. Iran has supported everywhere they believed they could put pressure on us through militants and have been actively involved behind the scenes in every hot spot there for the past 2 decades. All while remaining officially outside acknowledged military engagement.

Kind of like when the Russians just casually strolled into Ukraine but forgot their patches. That’s been Iran’s favorite method of participation.

Well Iran poked, again. We poked back. Iran shoved at the Baghdad embassy. We blew up their general and the commander of his favorite pet militia in Iraq.

More desert warfare for us? Probably. Full blown blitzkrieg? Maybe, depends on how well Iran plays chicken. U.S. Troops have known for years that Iran would probably need a punch in the gut at some point. There it was. Factions in Iraq will praise us for it, who’ve suffered under Iranian pressure. Those who had something to gain from Iran will not.

Someday someone bright in the Middle East will be in power and realize that putting on the show of ‘pushing’ the world’s largest military power out of the region is probably a bad idea. Just quiet down and they’ll leave. Stay quiet and they’ll stay gone. Stay quiet a little longer and they’ll come back… but with like tourist money and stuff.

The U.S. is far from done in the desert. So our industry here is still going to see desert focused tech. FDE for everyone!