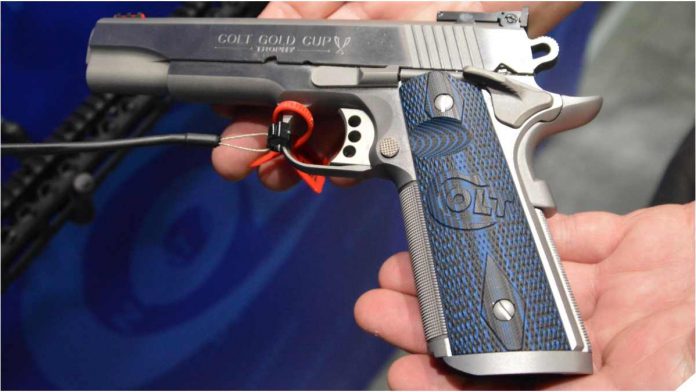 Lawmakers in Iowa this month gave a thumbs up to a proposed constitutional amendment to help protect gun rights in the state.

The amendment, proposed through SJR 18, passed the Iowa House 53-46 and the Senate 33-16 last week. The move intends to recognize the right to keep and bear arms as a “fundamental individual right” and that any restrictions to it would be subject to “strict scrutiny.” Iowa is one of just six states that do not have Second Amendment protections in their state constitution, the Des Moines Register reported.

However, only three states — Alabama, Louisiana, and Missouri — have installed such a “strict scrutiny” requirement to help insulate the right from follow-on regulations. Gun control groups such as Everytown and Giffords opposed the move by Iowa to add the protection, which they argue could make it harder to pass anti-gun laws in the state.

“Every gun law we have on the books would be in jeopardy of being thrown out by a court that narrowly and strictly scrutinized this amendment,” said state Sen. Herman Quirmbach, D-Ames, about the proposed amendment. Likewise, pro-gun groups have shown strong support for the initiative.

The proposal still has a lot of ground to cover before it would be added to Iowa’s constitution. State lawmakers will have to pass the proposal again in an upcoming session and it will have to be signed by the governor. This would spool it up for voters to have the final say.

Although lawmakers already approved the amendment once before in 2018, Iowa Secretary of State Paul Pate’s office missed a window to publish a mandatory public notice on the move, which keeps it off the ballot until at least 2022. Pate in January issued an apology directed at state gun rights groups over the mistake and said safeguards are now in place to prevent future such “bureaucratic oversight.”