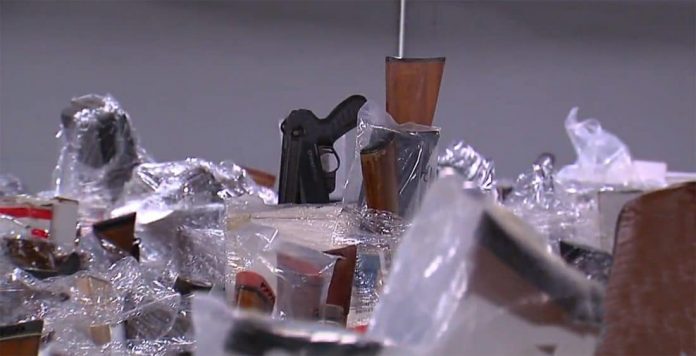 It’s never before been shared with anyone in the media, but now the Detroit Police Department gave a local reporter a sneak peak at the department’s gun vault, a collection of guns which are now being held as evidence after involvement in a crime.

Last year, the department recovered 3,645 guns. Surprisingly, a large majority of those were long guns, the most common weapon of choice being a sawed-off shotgun. Sgt. David Dehem with the Detroit Police Department said he believes the vault holds “probably one of every type of weapon ever made.”

“Many times there’s blood on the stuff, biological evidence,” Dehem said, “and you realize the impact and toll on the families.”