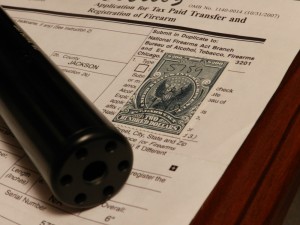 According to a trade group, the Bureau of Alcohol, Tobacco, Firearms and Explosives is pushing back ruling on an expanded Chief Law Enforcement Officer (CLEO) sign-off requirement and working to clear the backlog of over 40,000 applications for Title II devices.

The American Suppressor Association advises that the Bureau is now expected to release its final ruling on 41P in May 2015. The ruling had been expected in January as generally the agency takes six months following the closure of a comment period before it issues new guidance. However, due to the overwhelming amount of comments — more than 9500 — received by the agency, they are extending it.

The proposed ATF 41P rule change would require a CLEO to sign off for all transfers to non licensees of NFA-regulated firearms such as machine guns, short barreled rifles and shotguns and suppressors. This would force those who use a gun trust or other entity to have to complete this step, which currently is not required.

In order to legally own an NFA item without going through a trust, a CLEO must sign off on an individual’s application before completing the transfer. In most states, the CLEO, usually the local police chief or county sheriff, can technically approve or deny for arbitrary reasons, as it’s up to his or her own discretion.

“The primary reason for the numerous delays is because each qualified comment must be responded to by ATF in writing,” reads a statement from the ASA obtained by Guns.com. “According to ATF, they have never received this many comments for any proposed rulemaking in Bureau history.”

ASA advises that virtually all of the comments entered are in opposition to the proposed rule change.

With a growing number of gun owners seeking out Title II weapons and devices, the ATF has seen a serious backlog of forms waiting to be processed. To alleviate this logjam, the industry group tells Guns.com that the NFA Branch has hired nine additional examiners, bringing their total number to 25.

“At the peak of the backlog in February, 2014, there were over 81,000 forms waiting to be processed. Today, with roughly 45,000 forms pending, that number has been cut nearly in half,” reads the statement.

Further, ASA explains that ATF is seeking to unveil its new and revamped eForms system as soon as January 2015. Pulled offline earlier this year due to issues with Class 3 dealers batch loading large groups of forms, the improved system will be designed to handle higher volumes. Those who use the digital process often see much shorter wait times than more traditional means.

According to information from the website NFA Tracker, which tabulates user-supplied data to report on the wait times between filing a Form 3 or 4 to obtain a Title II item and when the tax stamp was received, those who filed eForms in the past six months are averaging 132 days before receiving their tax stamp while those who filed paper forms are running 265 days.

“We are very encouraged by the strides that the NFA Branch has made in regards to decreasing the backlog,” Knox Williams, ASA President, told Guns.com Friday. “As an association, we will do everything that we can to help facilitate faster processing times through increases in efficiencies and manpower.”

Williams contends that there is no such thing as the ATF processing forms too fast, saying, “Our efforts to streamline the process will not stop until the backlog is eliminated and transfers are instantaneous.” 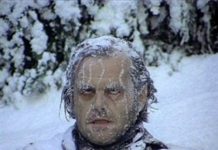