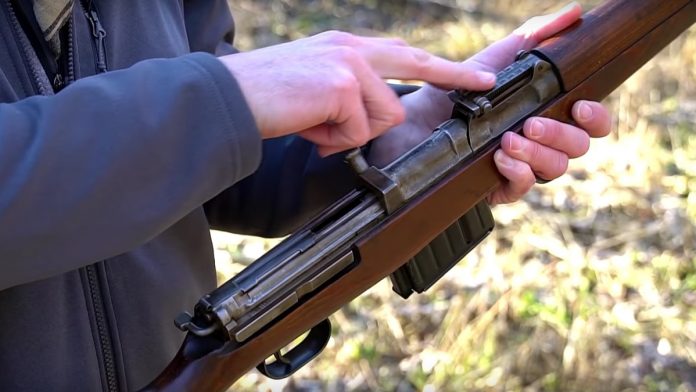 As we well know, Europe is often pointed to as the Gun Control Utopia of the developed world. A place where murders are very rare, life is fairly tranquil, and even most every day police officers have no need to carry a firearm since it really won’t be necessary against criminal elements in these quiet homogenous countries… Then Russia invaded Ukraine. Number #1 in homicide in Europe invaded their neighbor

Even self defense with a firearm is culturally frowned upon, often considered excessive force. Many in Europe subscribe to the naïve belief that if you just resist, cause superficial injury, and otherwise use more polite and less lethal forms of self defense, everything will be a-ok.

We know it is more complicated than that. We know that crime, as all aspects of culture due, varies by regional, economic, and societal makeup. Our inner city criminals are not their inner city criminals, they are not comparable populations in nuance. Our Chicago criminals are not our Los Angeles criminals, and those are not our Detroit or New York criminals. Each center will have points of similarity but the criminal element is a product of their whole environment and their methods stem from that environment.

This is the classic projection error that anti-defense and anti-2A advocates make constantly, by believing that if they were robbing you or assaulting you and you resisted, at their deemed appropriate level, they would then cease their attack and leave you alone. This is often seen in discussions between Western Europeans and Americans.

This mode of thought completely disregards the fact that this attitude is coming from someone who isn’t going to assault anyone. Probably, ever. Certainly not now as they discuss their hypothetical use-of-force encounter where everything goes right and nobody gets seriously injured.

It prescribes predetermined proper behaviors for both an assailed person and the assailant. This is an error.

London, for example, has a very low homicide rate compared to Chicago, New York, or Houston. It’s violent crimes with and without injury, as they are described, put their violent crime rate at nearly double New York’s, but with fewer deaths. Crime, criminal motivations, and the ‘limits’ of prescribed average criminal behavior are sociological traits and environmentally shaped. London is not New York, London cannot be critically compared to New York based on the two broad categories of ‘developed’ and populations between 8 and 9 million people.

We cannot project modes of preferred behavior and then be upset at people who point out that the misbehaving person or group is the one with total control in how they behave. I can want my cat to stop jumping onto my computer keyboard, but the cat is making the decision.

Which brings me back to Ukraine and Russia.

The war that got boring

There is an actual active ground war in Europe, but since Putin failed to take their smaller neighbor with the might of the red army 2.0, and now must be content to fight to a suitable stalemate where he controls a part of Ukraine for resource control, we have largely moved on.

The war is relevant to the gun control debate though, and gun controllers don’t want that brought into the discussion and will use projection and ridicule to make certain it isn’t. The fact that the developed nation of Ukraine, as poor in comparison to Germany, France, or the UK as they may be (their cost of living is substantially lower too), needed to pass out rifles to its population to fight a no joke invasion by their neighbor is real. It just happened. It therefore can happen in the 21st Century, to developed nations, not the forgotten disputed regions within Africa, the Middle East, South America, and parts of Asia.

This means there are still people, and will always be people, who will play the political calculus games with a differing ruleset than the we do. China does. Russia did. Russia miscalculated and this war, even if “won” in the technical sense with the defeat of Ukraine’s military capability, is likely to cripple their conventional military power projection for a very long time. Perhaps permanently. The US is currently, with the other nations of Europe, fighting this war with money.

We shouldn’t mistake fighting this way with money to never having our citizenry, our whole militia of able bodied, to need to fight off a would be warlord or tyrant in the future.

I’m not talking from DC either, nor necessarily a national crisis enveloping the nation geographically. We probably don’t have to worry about Russia for a minute, lets be real. Yet, Mexico is far from the most stable place in the world and should a cartel get it into their head to annex something along our border, and perhaps within a smidge, the quickest response would be locals in conjunction with CPB, National Guard, and any regionally close active military. But the local population would be best placed if something were to happen in California, Nevada, New Mexico, or Texas. Saying it wouldn’t, or it won’t, is naïve.

It won’t… as long as conditions persist on both sides that make it inadvisable. Those conditions are always subject to change based upon the cost/benefit analysis and interpretation of those in the positions of power.

Why do these matter?

Because when an anti-gun person points to Western Europe, or Japan, or any alleged paragon example of how gun control should work in an idealist modern society, the comparison is automatically flawed by societal factors. Large cities are veritable nation states unto themselves with the social rule structures, written and unwritten, to go along with that. New York is not London, the United States is not the United Kingdom or Germany. If we take all of Europe, not merely the West, we can get a mixture much more approximate since it has cultural variance and multiple large urban areas. Remember that Chicago would be the 30th largest nation in Europe, New York would rank about 18th.

Keep in mind also that there are cities around the world that out populate most of our states, despite our nation being the third largest in the world. Our largest city is only the 45th largest by world standards. Tokyo, Japan would be the second most populous state in the US, behind only California and well ahead of Texas, but it is 70% smaller than Rhode Island. All of these things, people and their social norms, matter when it comes to. Shanghai and Delhi also out populate Texas. Those three cities, and the states of Texas and California, have wildly different social make ups.

Firearms are not, and never will be, a simple social problem. Prohibition, partial especially, will not be a simple solution to this complex problem. Arms are a necessary part of human society, their proper disciplined use is a fact of life.