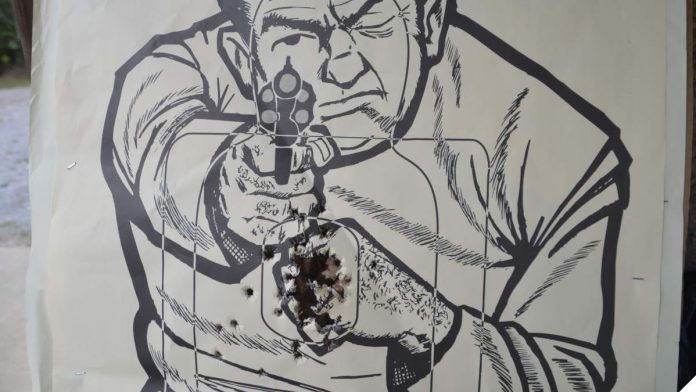 The bill would allow school districts to apply for grants to be used to pay for specialized firearms training (Photo: Chris Eger/Guns.com)

The measure, HB 1253, was approved in a 32-14 vote in the chamber this week while the House passed the bill 72-25 in February. The proposal now heads to a concurrence vote in the House before it can go to the governor’s desk, the Kokomo Tribune reports.

“People have a constitutional right to defend themselves when placed in threatening situations,” said state Rep. Jim Lucas, R-Seymour, who authored the bill. “This legislation would ensure our educators are properly trained if ever faced with an active shooter situation. The training could provide added protection for Hoosier teachers and students.”

Indiana already allows school boards to grant teachers and administrators the authority to carry firearms on school property. The measure will allow those districts to apply for a grant to train staff who chose to carry. Lucas said previously that the specialized training would consist of about 40 hours of instruction ranging from firearm safety to emergency medicine and use of force. The grants would be open to public, private and charter schools.

Lucas argued that police could be 10 or more minutes away in an active shooter situation, whereas armed school staff could likely already be on-site.

Gun control advocates are against the proposal, calling the move “dangerous.”

Indiana’s current governor, Republican Eric Holcomb, took office in 2017. He has signed pro-gun bills in the past and his wife, Indiana First Lady Janet Holcomb, is a certified pistol instructor.