Canteens and canteen cups have always been multipurpose items. Soup bowl, shaving dish, whiskey barrel, regrettable thunder jug–you’re only limited to your imagination (and limits of sanitation). When we found out about Heavy Cover’s Titanium Canteen kit, we knew we’d have to try it out. Mad Duo

You might recall us talking about the veteran owned company Heavy Cover Inc. a short time ago, as we showcased some of their products in a Small American Business article. Since then, we have been using a few of their USGI-style Titanium Canteens, an updated version of the classic design.  As fans of Titanium cookware, we were intrigued by the design and the idea of bringing a 100 year old mainstay of the US military into the modern era. 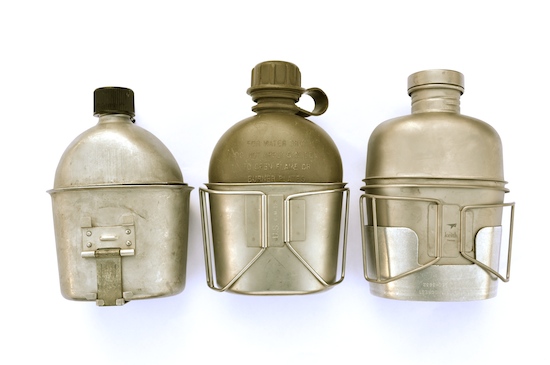 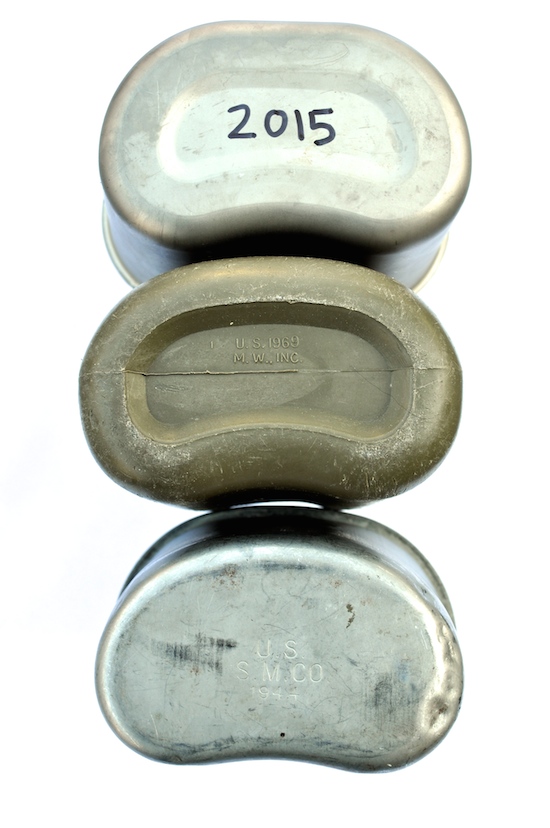 The first thing you notice when you pick up the Titanium Canteen is how absurdly light it is. Thats the benefit of making it out of titanium rather than aluminum or stainless steel. Long used in aeronautical designs and other sophisticated machinery, titanium is as strong as steel but 45% lighter. The metal is tough and light, making it a great choice for cookware. You can read the other benefits from their webpage:

The canteen holds a full 1.1 liter, which is 37 fluid ounces. The matching canteen cup can hold 23.7 ounces, and is modeled after the current issue design. With cap, cup cover, canteen and cup this entire kit weights in at only 4.8 ounces, which is about as minimalist as you can get. 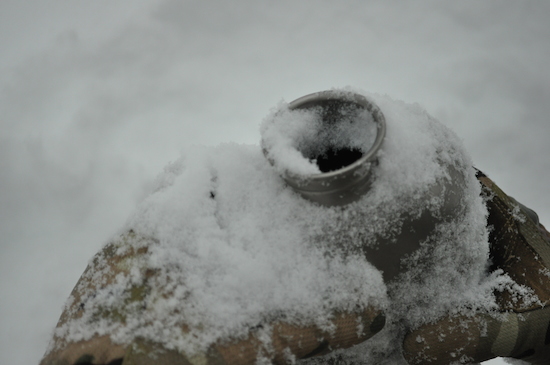 USGI canteens and accessories are cheap and plentiful. But the current-issue plastic canteen’s problems are known to anyone who’s had to use them. Namely, you should only use them to hold fresh, clean drinking water. The plastic used in the USGI construction is unlikely BPA free, depending on what year yours was made. This material likes to trap taste should you use it to mix any sort of beverage powder, and will retain it until it is bleached out. Since the USGI canteen is plastic, you cannot boil water in it for survival purposes, nor will the narrow mouth accept ice for hot weather. 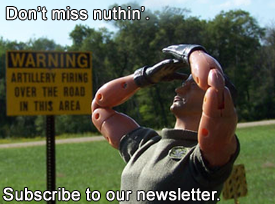 The issue canteen cup has its own set of issues as well. Made from heavy stainless steel, the current issue canteen cup is rarely used because its weight makes it a burden to carry. Since it’s made from stainless steel, it doesn’t play well with citric acid found in some drink mixes. Older WW1 and WW2 designs were made of aluminum or stainless, allowing them to be used to boil water and hold “other” beverages in the field (we recall one Vietnam vet telling us that he would always have one canteen full of water, and a second full of scotch to hide it from the officers). The old metal canteens suffer the same issues with citric acid, narrow mouths and easily broken caps. That’s why Heavy Cover Inc decided to make their own. 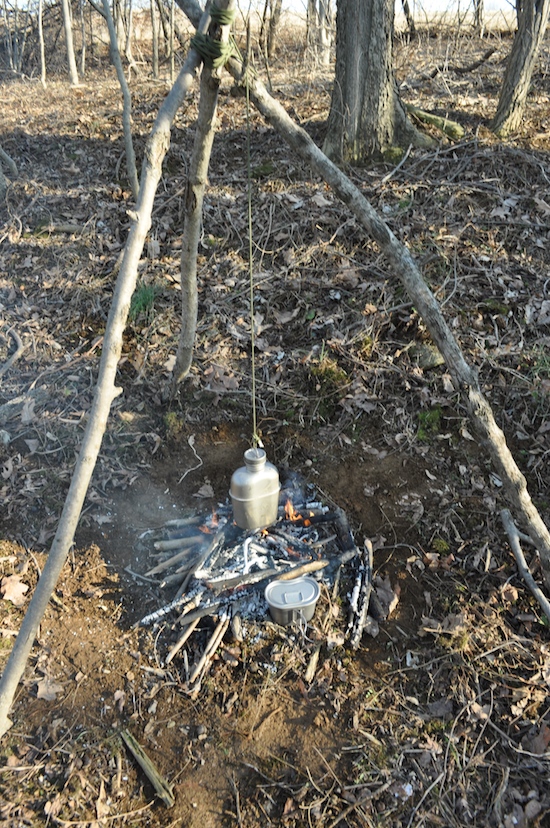 We have found the titanium version to be a huge improvement over all other USGI versions out there. The new style canteen has a significantly wider mouth,  making it possible to load with ice, snow or small items you want to keep from being crushed or to keep dry (some dudes will load one down with dry rice and beens, soup, broken spaghetti noodles, etc).  The ability to stuff the canteen full of snow and ice in the field will allow you to tuck the container inside your parka to melt as you keep on the move, or to place on a fire to render back into drinking water. Since the canteen is thin walled titanium, the alloy transfers heat extremely quickly. We were able to boil water in the canteen and cup in only a few minutes over a small open fire, and even faster on gas field stoves. This will help you save fuel, and allow you to pack less depending on your time outdoors. 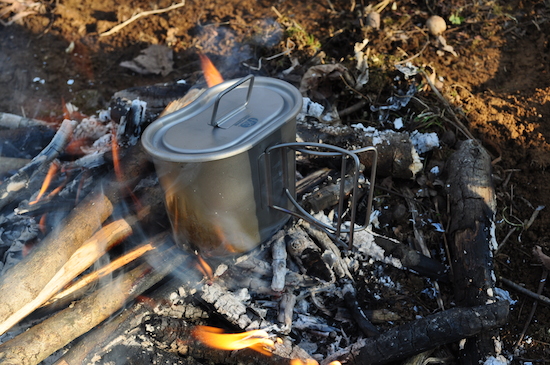 The canteen cup works well as a small pot when teamed with its lid, which covers it securely but not airtight. The cover is useful for a faster boil time, but also to keep ash and soot from your fire out of your coffee or soup. It’s also compatible with issued canteen cup stoves, which means you can use smaller fuel tabs to heat water instead of packing a full stove kit. 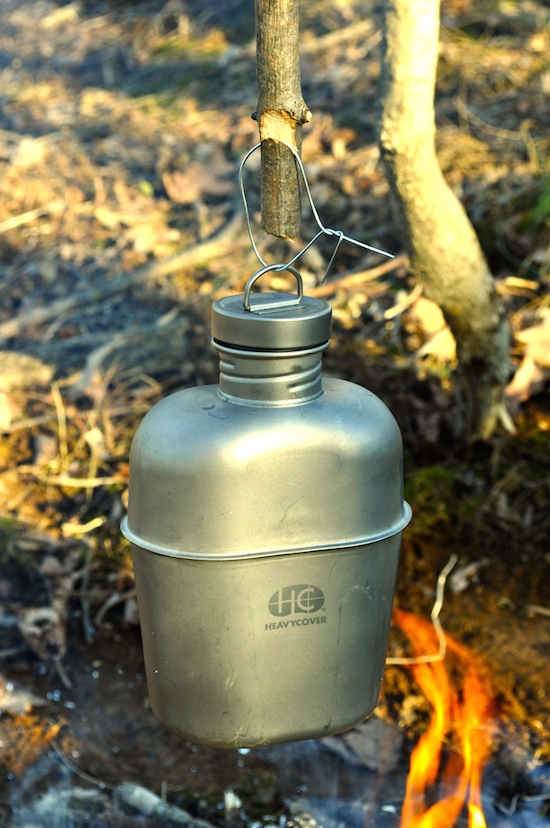 The Canteen itself is compatible with all issued cups and carriers, which you can find in literally all surplus stores nation wide. We found that the optional titanium cap is our favorite from the multipurpose point of view, but the standard plastic cap is easier to screw and creates a tighter seal. A small D ring is secured to the titanium cap’s top, allowing you to attach a wire or cord to hang it from. This is extremely useful when the canteen is suspended over a fire with the threads backed off to allow steam to escape.

You can boil a liter of water quickly and drink it to warm your core, or leave the water in the canteen to keep your feet warm at night in a sleeping bag. In reality, this just might be the best all-purpose survival/daily use drinking vessel out there (outside of a Jameson bottle, full of Jameson) 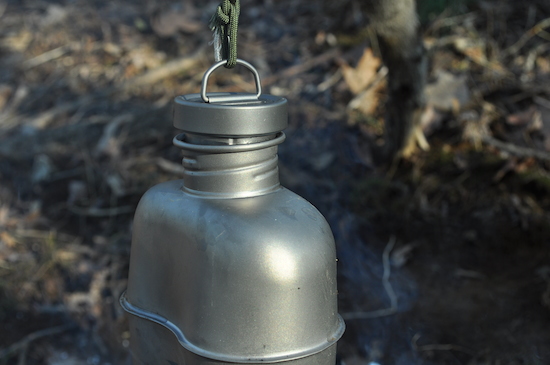 We really, really like this kit, and have almost completely retired all our other water containers. The downside? Its crazy expensive because it’s made from titanium. The full kit has a MSRP of $153, which means you won’t be getting one issued any time soon. But those who spend a lot of time in the field will love it. Regardless if that’s time in the bush as a Soldier or Marine, or as a civilian hunter or backpacker, if you’re hard on your gear and demand the very best this canteen will exceed your expectations. 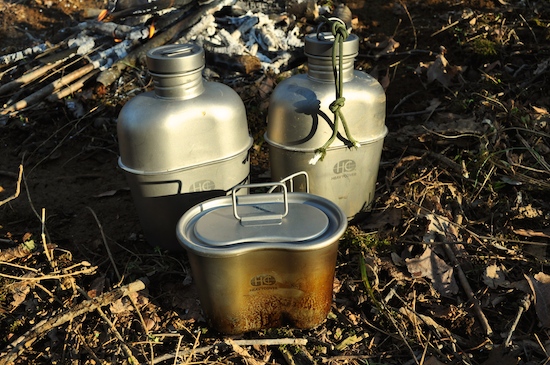 For more information or to purchase, visit Heavy Cover here or check out their Facebook page 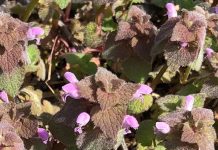 Survival Foods in Your Yard 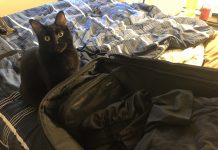