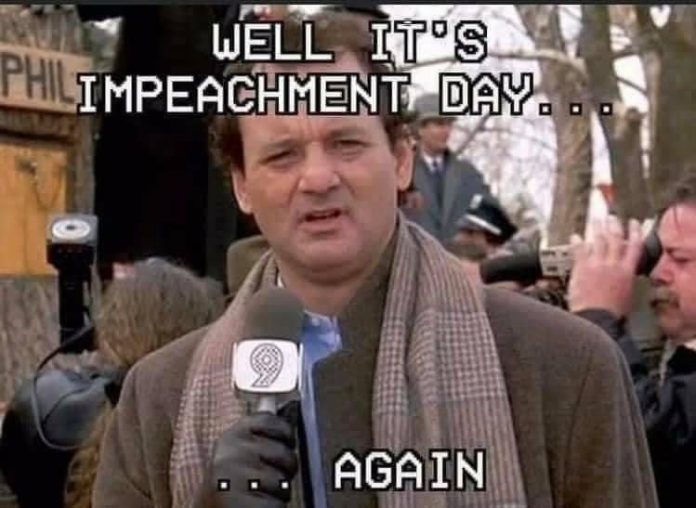 So… it happened… again.

President Trump has been impeached from office twice and will be removed from office… at the end of his normal term with a very uncertain likelihood that the Senate will vote to convict. This method of holding the President to account for his actions (or lack of actions) in countering the DC election certification protest turned riot certainly feels like a dog and pony show, doesn’t it?

What happens if he is convicted? Well, he’s already out of office at that point and he would not be allowed to seek re-election or another office. He also wouldn’t get his $200,000 retirement pension, which since Trump donates his presidential salary is just cutting funding to a charity of Trumps choice. I am sure he would feel thoroughly chastised in that event.[/sarc]

This begs the question, why do it?

Is barring a re-election campaign worth that much spend in political capital, especially if the Senate doesn’t convict and Trump ends up with a usable pile of capital himself? President Trump uses ego and cult of personality to great effect and that, combined with the political leverage a 2nd non-conviction, would leave him in a much more influential position than he will already occupy even if convicted.

There is also the mashup position Trump’s presidency and conduct have left the GOP in, probably most accurately described as “disordered” if I were to give it one word. Which begs the question of, if a formal ruling by conviction is necessary for Trump to not hold office again at all, a position GOP Senate members are likely well aware of but would leave them with the bigger pile of leverage and influence.

My guess is, as much as this had to do with the optics of formally chastising President Trump, it was more practically the earliest opportunity to flex the Congress and see who would do what and for what reasons on a contentious and emotionally charged issue. This is going to give the oncoming Biden Administration an accurate picture of a stress tested Congress and his options within it legislatively.

Under the guise of holding President Trump accountable, and as sincere or insincere as each individual House and Senate member’s contribution was/will be on that actual account, a portrait will be drawn immediately of how this Congress is going to work under the subsequent issues to be raised during the Biden/Harris administration.

It also signals all the virtues and provides propagandist ammunition.

So, call me crazy, but for every valid reason to use impeachment as the method of account against President Trump that may, could be, or has been raised.. I think this is an intelligence gathering and sensing session, far more focused on Congress and its future actions than Trump and actions past.