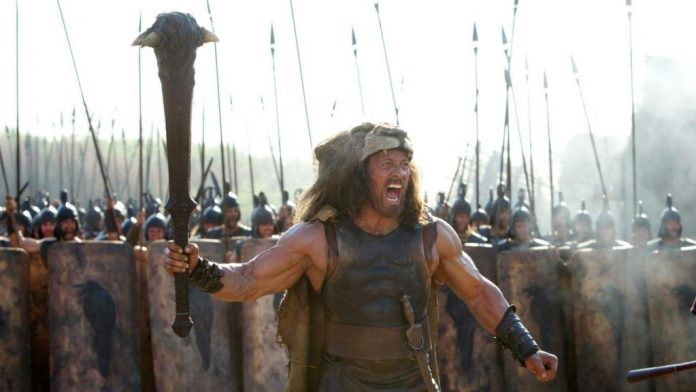 [Ed:  This is the author’s update of a longer paper on impact weapons he originally wrote in 1994. Nothing in this article should be construed as giving legal advice. Please check your state’s statues, and consult with the police and/or an attorney. The author’s personal recommendations do not constitute DRGO’s—but they are well worth considering.]

Try asking friends or family this question:  “I’m going to say a word.  Please tell me the first word that comes to your mind.  Here is the word:  “Weapon”.  99% will probably say “gun” or “knife”.  A rare few might say “TASER” or “chemical spray”.  I predict no one will say “club”—even though the club was the caveman’s first weapon. It may have been a wooden stick or the bone of an animal, but the club extended his reach, and greatly multiplied the force of his arm, as he faced wild beasts and intruders.

Some states/municipalities have banned nun chucks, blackjacks and/or brass knuckles: for example, the Revised Statues of Missouri, Section 571.010.1 states the following:

“(2) ‘Blackjack’, any instrument that is designed or adapted for the purpose of stunning or inflicting physical injury by striking a person, and which is readily capable of lethal use . . .

“(13) ‘Knuckles’, any instrument that consists of finger rings or guards made of a hard substance that is designed or adapted for the purpose of inflicting serious physical injury or death by striking a person with a fist enclosed in the knuckles”

Down through the ages, a wide range of impact weapons have been developed as part of the martial arts:  the Bo, Jo, Hanbo, Sai, Nun chuck, Tonfa, Escrima stick, and Kubotan®.  In medieval Europe, there were the mace, war hammer, Morningstar and Horseman’s pick.  Native Americas and African tribes also had impact weapons.  Police departments have long used a variety of devices:  the Sap, Billy Club, straight baton, PR-24, Rapid Rotation Baton, Persuader® Baton, collapsible baton and spring baton.  There is also the “Fighting Flashlight”1.

For civilian use, there are the walking stick, the Irish shillelagh fighting stick, canes of various shapes and sizes, the keychain baton, tactical umbrella (www.unbreakableumbrella.com), tactical pen, and tactical flashlight. The latter example has two purposes: as an impact weapon and a disorienting light. Some companies still sell “sap caps” and brass knuckles. But why take a chance when there are better and legal impact weapons?

Comparison to other weapons:

1.  Firearms:  nothing matches the “reach” or lethality of a firearm.  But less-than-lethal force is often needed. Police officers are required to adhere to a continuum of force, i.e., use the least force necessary to resolve a situation.  “Force” may include verbal commands.  Civilians would do well to have more than one option than a firearm only.

2.  Knives:  in my opinion, these are over-rated as a self-defense tool.  To paraphrase Massad Ayoob: “You may well kill your attacker with your knife, but he may not die until 3 hours after he has killed you!”  Let’s assume that your attacker has a fixed blade knife with a blade of 6-to-12 inches; do you want to “face off” with your pocket knife, or one of the other weapons listed here?

Years ago, I took a one-day ‘Knife Fighting Course for Law Enforcement’ and if the knives had not been rubber, I would have died a “death-of-a-thousand cuts”.  Leave knife fighting to Rambo!  Except for key-chain batons and tactical pens, all impact weapons have a longer reach than your attacker’s knife blade.

Nonetheless, as a last-ditch defense, and as a workday tool, a pocket folding knife with a blade of less than 4” is handy, and legal in most states.  Whether you are a camper, hiker, boater, hunter or fisherman, there are a wide variety of suitable knives to choose from, useful both as an essential tool as well as a weapon.  Good knives don’t have to be costly, and they can be concealed in every room of your house.  But compared to knives, impact weapons are cheaper, require no maintenance, and can quickly stun/disable an attacker without inflicting lethal damage.  Like guns, knives are made to kill, not to stun/disable.

3.  Other bladed weapons (swords, kukris, machetes, tactical tomahawks, etc.) are a large category worth discussing in a separate article.

4.  Pepper spray:  Most states do not classify this as a weapon, and it is inexpensive and effective for non-lethal use.  You can afford to have this tool in multiple places throughout your house.  While very unlikely, sprays can malfunction, and one cannot leave them in hot places, such as a car in the summer.

Impact weapons like the keychain baton can be easily concealed, and as pointed out in a previous article, are usually not seen as a “weapon” by law enforcement. Tactical pens can be carried in any setting, including work.  If you are out on a leisurely stroll in your neighborhood, a walking stick, cane or Escrima stick will not draw attention.  [Note: if you buy an Escrima stick, please make sure it is authentic, i.e., made of rattan2.]

A small tactical flashlight can be carried wherever you go.  Larger Mag-Lites are appropriate for the car or home.  Impact weapons are very inexpensive, so you can afford to have several, for your person, car, work and home.

Any weapon requires training to use best, but it is not easy to find training for impact weapons.  Books, DVDs and on-line training videos are probably the best bet.  An old rubber tire hung from garage rafters makes an excellent target to be hit.  A heavy punching bag should also be able to stand up to the hits from an impact weapon.

An impact weapon is an extension of your arm and greatly increases your power, while protecting you from 1) breaking the bones in your fist or wrist, 2) keeping the attacker from reaching you, and 3) protecting you from a knife or club that the attacker may be using.  Very skilled practitioners can learn the art of Sinawali, which involves using two identical sticks, knives, machetes, etc. in tandem.  Actress Milla Jovovich portrays this in the Resident Evil movies, in which she wields two kukris, and dispatches zombies.

If you drive through poorer neighborhoods, you may see people carrying clubs of various types, e.g., golf club, stick, etc.  They realize that a club is a good defense against both two-legged and four-legged “wolves”.  While there are many “make-do” impact weapons like baseball bats, tire irons, etc., they have the following problems:

From the caveman to the policeman, impact weapons have filled a much-needed purpose, yet have not received the recognition they deserve as an effective defensive tool. Check them out for yourself!

2  Inexpensive and authentic Escrima sticks can be purchased from www.kaliescrima.com.

3  Mag-Lite no longer makes the 5-cell ‘C’ size.  For their full product line, go to www.maglite.com.  Unless you are a very strong person, I think you will find the ‘D’ size to be unwieldy; an impact weapon has to be able to swing fast!  Suppose you have an older, incandescent bulb Maglite, and don’t want to spend the money on a LED version; don’t despair – Amazon cells a converter device for only $13.95: the HQRP High Power 3W LED Bulb; easy to install and works perfectly.

4  ASP® and Monadock® are the leading makers of collapsible police batons.  Like the distinctive sound of a pump shotgun being “racked”, the opening of a collapsible baton also makes a unique sound that will get the attention of an attacker.  Remember, the longer the baton, the heavier, and the slower, unless you have the strength to wield it quickly.