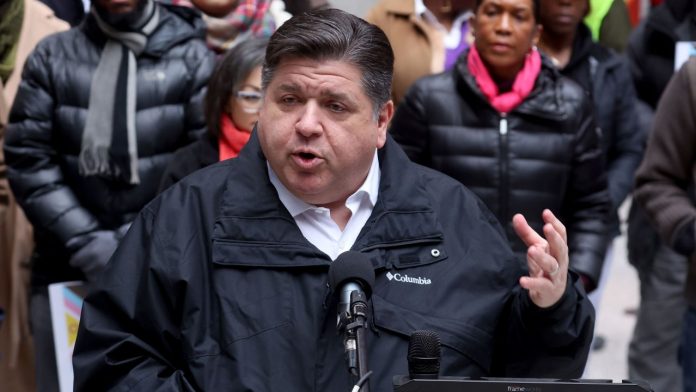 J.B. Pritzker signed the useless law into existence and have added themselves to the pile of pending states facing lawsuits from firearms rights organization.

“No Illinoisan, no matter their zip code, should have to go through life fearing their loved one could be the next in an ever-growing list of victims of mass shootings. However, for too long, people have lived in fear of being gunned down in schools, while worshipping, at celebrations or in their own front yards,” Pritzker said in a statement. “This legislation will stop the spread of assault weapons, high-capacity magazines, and switches and make our state a safer place for all.”

It won’t, but it will give you some political points if you want to chase a presidential nomination in the future on team Democrat. Indiana didn’t ban ‘assault weapons’ and the constant line is that it isn’t guns in Illinois they’re coming from Indiana.

There are currently 5 states whose AWB are on the chopping block and if any one of them fall all state bans will follow. The Bruen decision with shall issue concealed carry will have a sequel with similar fallout in similar states.

If any state has wasted their time, unlike California’s AWB or New York’s SAFE Act this one is likely to suffer a far quicker demise with the state of cases.

This is probably an empty gesture that will screw with Illinois residents and businesses that sell to them, and the Illinois government will be clear of all the costs to those businesses. They unfortunately just have to take the beating until it the dust settles.