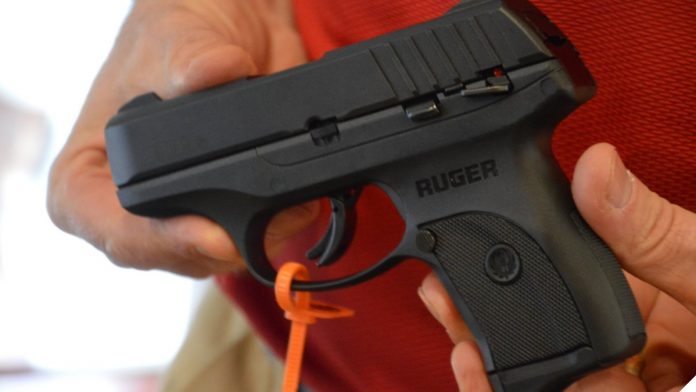 An Illinois gun shop just west of Indiana is leaving the Land of Lincoln for its less restrictive neighbor. (Photo: Chris Eger/Guns.com)

Given a short window by state regulators to comply with controversial new mandates, one local gun shop is calling Illinois quits after nearly 15 years.

Lost Creek Trading Post in Marshall, Illinois late last month said they had been told by local officials they had until June 17 to apply for a newly-mandated state-issued license and be certified by July 17. The requirements include a $1,500 fee and a host of new training and regulatory guidelines. Rather than try to jump through the hoops, Lost Creek is pulling stumps for a location across the state lines in Indiana.

“The Illinois Legislature’s Gun Dealer Licensing Act is unreasonable and cost prohibitive for us at this time,” said the store in an announcement on social media. “As of July 14th, we will be unable to sell firearms to you in Illinois. After this date, we may remain open a short time for sales of gun-related items, but no firearms.”

Anti-gun advocates and Chicago-area Democrats fought for the state’s new Gun Dealers Licensing Act only to see it vetoed by Republican Gov. Bruce Rauner as being “largely duplicative” with little likely impact on crime. However, once Rauner left office, the measure was swiftly rebooted and signed by newly-installed Gov. J.B. Pritzker, a Democrat. The move, as reported earlier this year, put some historic small town gun shops on the endangered list as owners chose to shutter their businesses rather than fork over hard-won dollars to comply with new regulations.

“The requirements to receive a license from Illinois and burdensome not to mention expensive,” said Lost Creek. “We already meet the Federal requirements but these are additional items.”