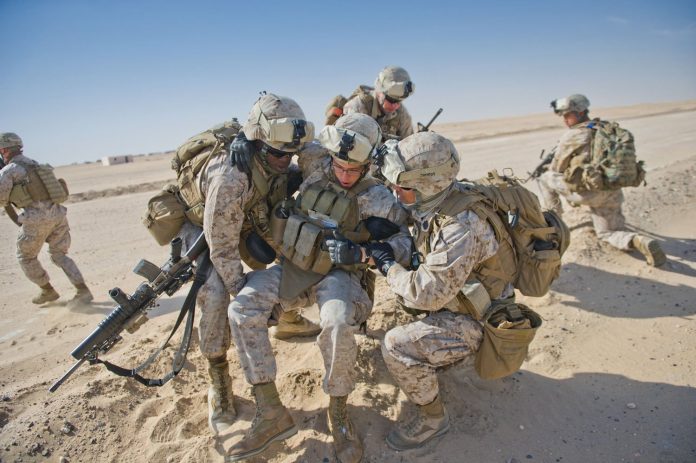 Since the Loadout Room is organized around first line, second line and third line gear, we’ll start our medic posts talking about first line medical gear.  The only first line medical gear you need is your IFAK. The trouble is, there are literally hundreds of variations of IFAKs to choose from and everybody has an opinion on what should go in it.  IFAK Manufacturer Rule #1 – The amount of shit they try to stuff in an IFAK is inversely correlated to their actual combat medicine experience.

What makes the IFAK useful is not its mere existence.  Good medicine is not just about equipment.  It’s not simply what’s in the bag of medicine that matters. It’s WHO is carrying it. Using an IFAK requires medical knowledge, simple skills, and the ability to decide when to use it.  See Axiom #2.

First, an IFAK is First line gear for YOU. It’s not for anyone else.  It serves as YOUR minimum necessary medical capability to save your own ass.  It is not a mobile ICU in a tacticool pouch.

Second, if you don’t ALWAYS train and deploy with an IFAK as first line gear for your own survival, stop reading right here and immediately apologize to your buddies for being “that guy”.  Then call your mom, husband or wife, kids, neighbors and grade school principal and tell them how you have been a complete dumbass, you have now seen the light and will forever more be squared away with respect to your medical skills and gear.

There’s a couple ways to decide what goes in your IFAK.

1.  The Academic Method:  Most preventable deaths on the battlefield (85% or more) are from uncontrolled hemorrhage (bleeding to death). So the academic would say that 85% percent of your IFAK gear should be for hemorrhage control. The next 9% are from pneumothorax (the proverbial sucking chest wound) so 9% of your gear should be for that….you get the picture.

That’s how most IFAKs have been stocked to date and it’s a decent standard.  However, combat death statistics change as combat medicine evolves.  A recent Committee on Tactical Combat Casualty Care (CoTCCC, more on that later) meeting included a review of several cases of soldiers who bled to death from wounds to the upper groin/pelvic area, and under the armpits.  They called these cases of “junctional hemorrhage” referring to the fact that the bleeding occurred in areas where limbs attach to the torso.  Historically, these cases of junctional hemorrhage were not considered preventable deaths because the bleeding couldn’t be controlled with a tourniquet and direct pressure on the bleeder wasn’t possible.  Today, with certain field surgical techniques taught to medics and a soon to be released abdominal aortic tourniquet, future deaths from these types of injuries may be classified as preventable.  The Academic Method and your IFAK become susceptible to mission creep.

2. The Packrat Method: “If two is one and one is none, then six should do the trick!”.

3. The Boy Scout Method: Be Prepared! “I’ll just throw in a few ibuprofen, a couple decongestants, a sling, some burn cream, and some moleskin just in case”.  Again, think FIRST LINE GEAR. None of that shit will save your life. If you want something for the sniffles, blisters, or joint pain, put it in your ruck.

First line gear relates directly to first line medical skills.  If nothing else, you must be able to stop bleeding.  Learn how to do this and then use the materials you’re familiar with.  You will want to make sure your IFAK has a roll of some type of gauze, (ideally a hemostatic gauze)and a combat rated tourniquet.  That’s the minimum. Lastly, place your IFAK in a location on your body where you can reach it with either hand in case one of your limbs is unusable.