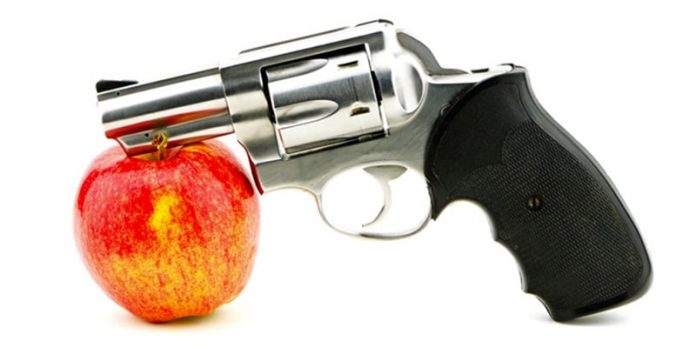 Board members of the Mountain View School District in Idaho have approved a policy to allow trained staff members and teachers to carry guns on school property.

The school leaders said were are unable to afford security officers and wanted to arm teachers and staff members as a safety measure, KREM reports.

The school district is very remote and rural and is the sixth largest school district by square-mile in the continental U.S. Because of its remote location, the school board said staff members would have to be the first line of defense in an active shooter situation.

The new rules stipulate that staff members can volunteer to become “security officers” but first must obtain a concealed-carry permit from the state. The volunteers would also have to undergo psychiatric and possibly physical evaluations.

Once the staff members have been approved as “security officers,” guns will be provided to them by the school district, which they can either conceal carry or store in a lock box. Staff members will be instructed to only draw their guns in situations of imminent danger.

Three years ago, Garden Valley School District decided to allow firearms to be stored on public school property, but Mountain View District will be the first in Idaho to allow staff members to actually carry concealed guns.

Under current Idaho law, district school boards have the authority to allow designated staff members to carry guns on school property, and a new bill has been proposed in the Idaho Legislature that would allow public high schools to offer elective gun safety courses.

House Bill 240, designed to teach students about gun safety and responsible gun ownership, is still in its early stages and has not yet seen a hearing.