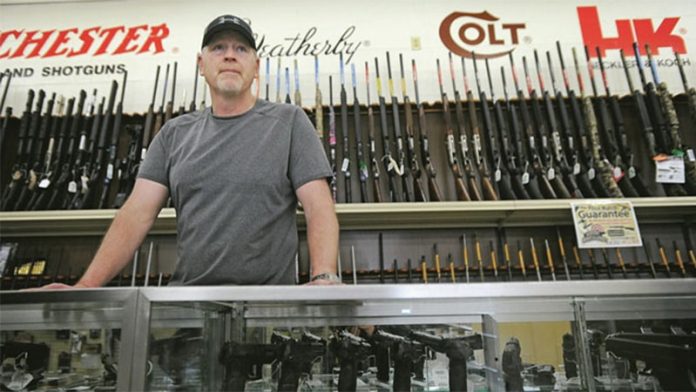 Dealers processed nearly 15,000 applications through the National Instant Criminal Background Check System in September — an 18 percent increase over 2016 and up 12 percent from August alone, according to federal data. Background checks serve as an industry-accepted proxy for gun sales, but the measurement isn’t precise. Guns.com calibrates the data to more accurately reflect gun transfers by removing permit applications from the total amount collected by the FBI.

The adjusted tally suggests Idaho dealers sold just under 9,000 guns last month — 15 percent above August and on par with 2016, the biggest on record for gun sales. Likewise, gun sales in August eclipsed last year by 15 percent.

The strong numbers follow Idaho’s implementation of permitless carry July 1. In the 30 days leading up to the bill’s enactment, dealers processed more than 20,000 background check applications through NICS, but only transferred an estimated 8,682 guns. Estimated sales in July tanked 25 percent until rebounding the following month.

Nationally, this year’s estimated sales trail 2016 by more than 11 percent. Background checks declined 13 percent across the board in September, despite hopes for a return to the historical norm: a slow summer followed by a gradual increase in the fall as hunting seasons open, eventually giving way to the booming holiday shopping season.