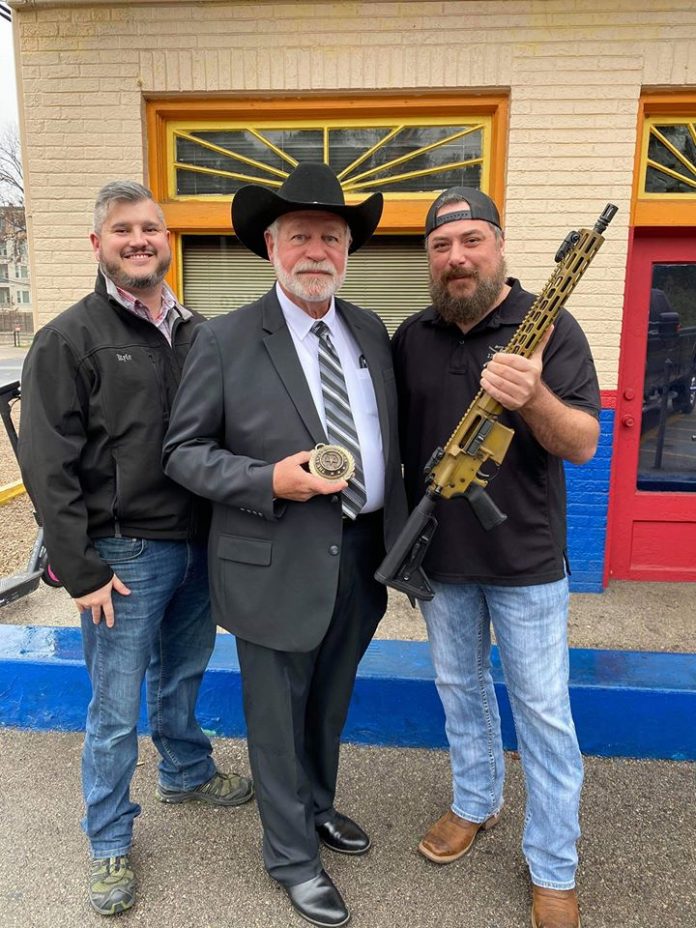 Jack Wilson, a 71-year-old volunteer who jumped into action at the West Freeway Church of Christ last month, was presented with a medal by Texas Gov. Gregg Abbott this week

The Texas Governor’s Medal Of Courage, established to recognize “civilians who display great acts of heroism by risking their own safety to save another’s life,” is the highest award given to civilians by the Governor, according to Abbott’s office.

“When faced with an evil that few of us will ever comprehend, Jack Wilson responded with strength, bravery, and with love for those in the church that day,” said Gov. Abbott. “The courage in his actions cannot be understated, and Jack is not only a hero to West Freeway Church of Christ — he is a hero to the entire state of Texas.”

Wilson, head of his church’s volunteer security team in White Settlement, Texas, responded to an active shooter who had what the AP describes as “extensive criminal record and psychological history” and felled him with a single shot from his Sig Sauer P229 in .357 SIG.

Besides the honor from Abbott, Sons Of Liberty GunWorks in San Antonio presented Wilson with one of their rifles.

“Thank you, Jack Wilson! You saved a lot of lives, sir. And, you proved again a good guy with a gun can make all the difference,” said SOLGW on social media.