The four ceremonial handguns are filled with details about the history and reverence of the Tomb Sentinels. (Photos: Sig)

The Army is slated to accept a quartet of specially created M17 pistols from New Hampshire gun maker Sig Sauer later this month intended for a very special purpose: to arm select Sentinels at the Tomb of the Unknown Soldiers, the resting place of service members who are “Known But to God.”

The Tomb Guard Platoon of the U.S. Army’s 3rd Infantry Regiment — the Old Guard — today continues a 24-hour/365-day perpetual watch over the tombs of the nation’s Unknown Soldiers that has remained unbroken since 1937, in any weather. While the rank and file Sentinels have, for decades, been armed with M14 rifles, the squad commanders, non-commissioned officers, are armed with holstered handguns. Currently, those handguns are ceremonial-grade M9 Berettas. After Oct. 11, they will be M17 Sig Sauers.

Completed to the same specs as standard-issue M17s, itself a variant of the Sig P320 that won the Army’s Modular Handgun System competition last year, the four pistols for the Tomb NCOs will have a non-railed aluminum grip module rather than a polymer frame, a high polish stainless steel slide, wood grip inserts, a 21-round 9mm magazine.

Almost every visible feature of the guns was created as a salute to the Unknowns. Marble dust from the Tomb fills the glass of the sight vials. The magazines have an aluminum base plate engraved with the names of the trio of Greek figures featured on the Tomb – Peace, Victory, and Valor – and are engraved with the unique Tomb Sentinel badge number. The sight plate atop the slide features the same three figures. 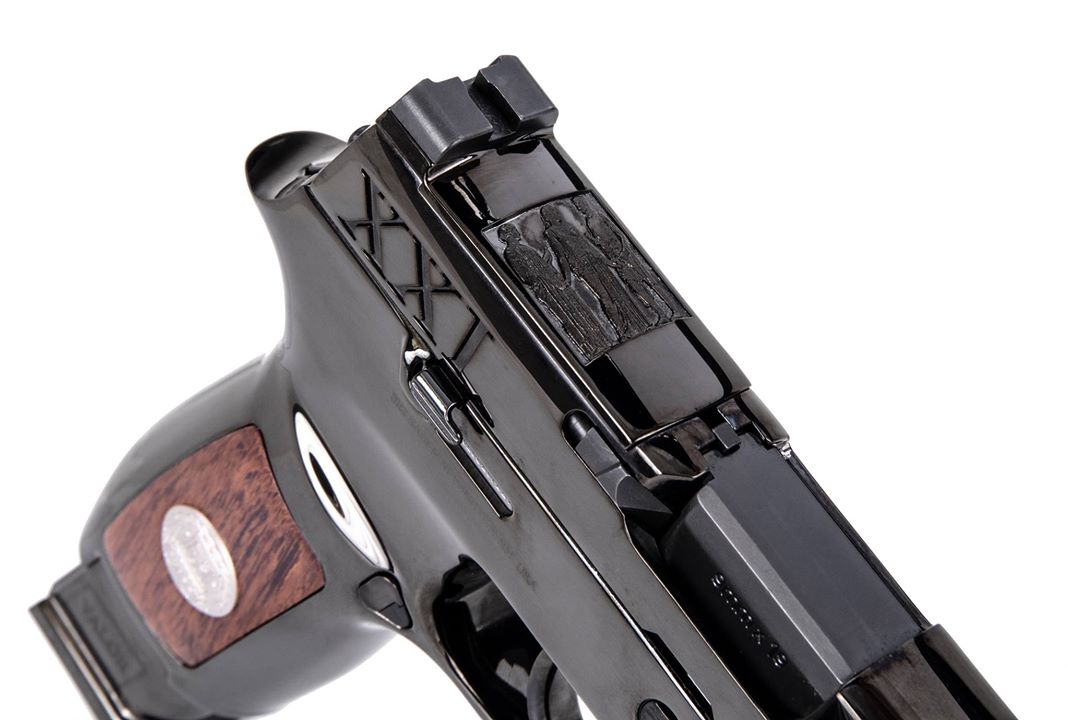 The wood grips come from the decking of the protected cruiser USS Olympia, the former flagship of Commodore Dewey in the Spanish-American War that later brought home the Unknown Soldier of World War I in 1921.

The pistols themselves bear the names: Silence, Respect, Dignity, and Perseverance, engraved on the frame’s dust cover. “Dignity and Perseverance represent ‘The Sentinel’s Creed,’ and Silence and Respect represent the request to the public by Arlington National Cemetery when visiting the Tomb of the Unknown, and during the Changing of the Guard,” notes Sig. 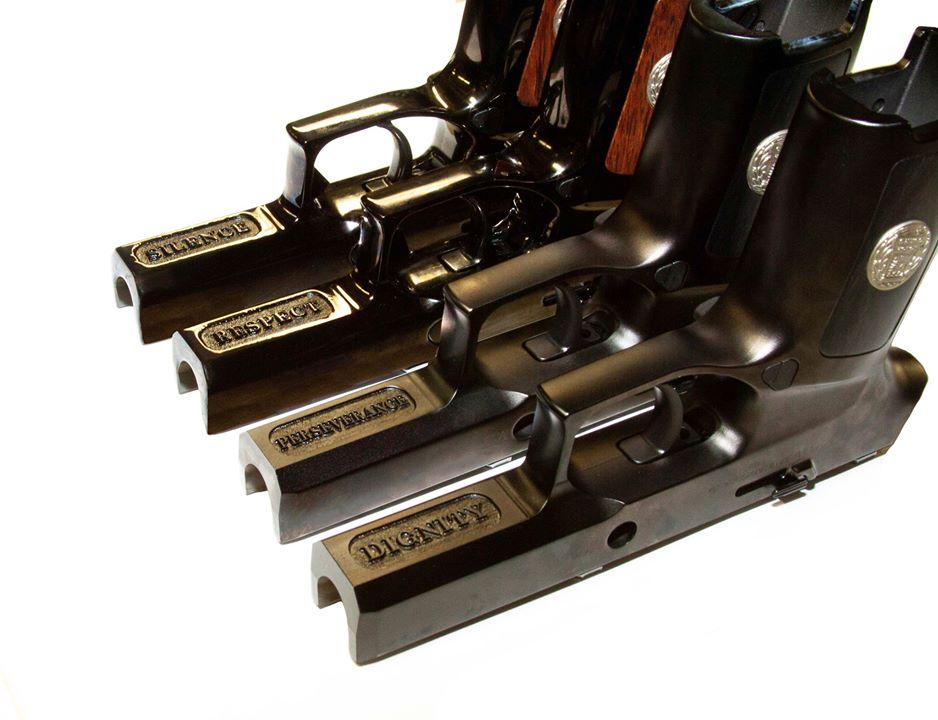 “LS” represents line six of The Sentinels’ Creed, “My standard will remain perfection.”

“21” to signify the 21 steps it takes the Tomb Sentinels to walk by the Tomb of the Unknown, and the military honor of a 21 Gun Salute. As explained by the Old Guard, “While on duty the sentinel crosses a 63-foot rubber surfaced walkway in exactly 21 steps. He then faces the Tomb for 21 seconds, turns again, and pauses an additional 21 seconds before retracing his steps. The 21 is symbolic of the highest salute accorded to dignitaries in military and state ceremonies.”

Further, each slide has the Roman numeral XXI, engraved in place of traditional cocking serrations. 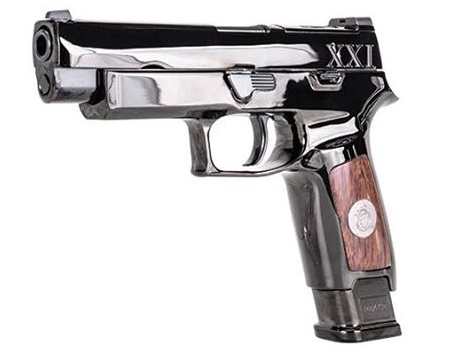 The pistols will be presented to the Old Guard in a ceremony on Oct. 11 at the Arlington National Cemetery Chapel followed by a Changing of the Guard in which the relief squad will incorporate the new M17s.

A Changing of the Guard inspection, as detailed by the 3rd Infantry, below.