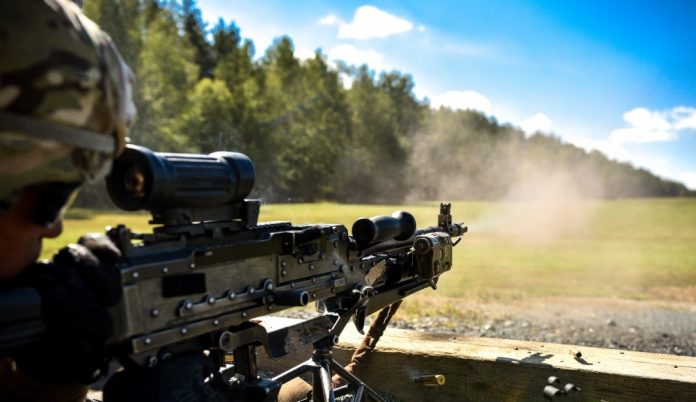 In its ground mount configuration, such as seen with the above paratrooper, the M240B/G has a 550 to 650 round-per-minute rate of fire when cyclic. (Photos: U.S. Army)

The U.S. Army last week gave FN America the news that the South Carolina-based gun maker will continue to crank out general purpose machine guns for the service.

The one year award, valued at $13.27 million, is for work on the M240 series machine gun. The new outlay comes as a modification to a Dec. 2014 indefinite delivery contract awarded FN for the purchase M240 machine gun variants and receivers worth up to $57 million.

The U.S. variant of FN’s iconic MAG 58 belt-fed machine gun, the U.S. Army adopted the model in 7.62x5mm NATO in 1977 to replace the Vietnam-era M60 machine gun. Since then, the design has been adopted throughout the Department of Defense as well as the Coast Guard in both pistol/trigger grip M240B/G and spade-gripped M240D/H variants for use by ground troops as well as on vehicles, ships, and aircraft.

Since 2011, the military has also been fielding smaller quantities of FN M240L variants which incorporate a redesigned collapsible buttstock assembly, polymer trigger guard and shorter barrel to produce a lighter, more compact GPMG. 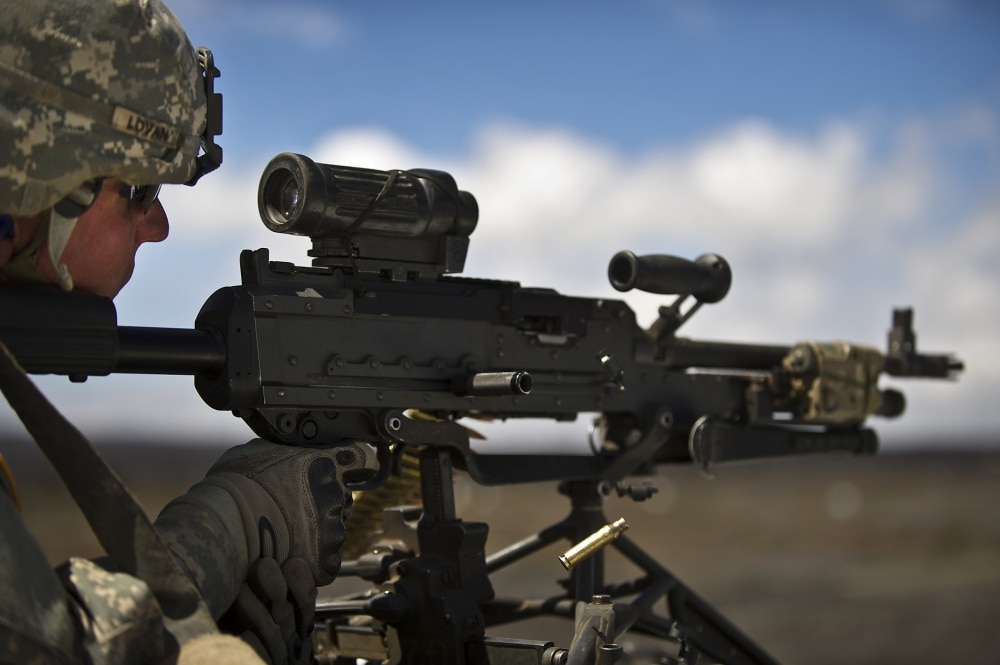 This month’s award to FN complements a $7.19 million firm-fixed-price contract issued through the Defense Logistics Agency in September to provide machine gun barrels to the Army and Marine Corps.