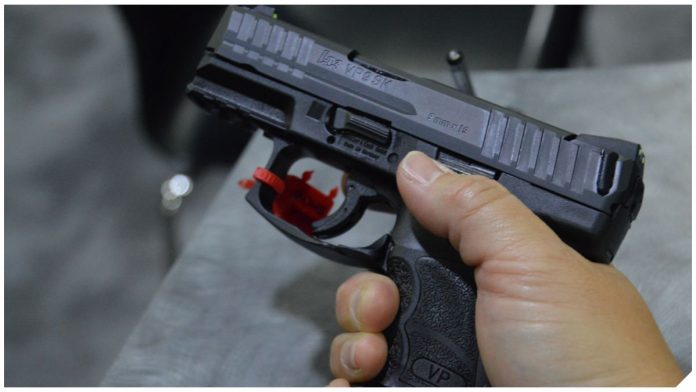 Just 25 of Florida’s 67 public school districts currently participate in the narrowly-structured Guardian Program which bars many types of school employees from volunteering. A new law could bump those numbers up. (Photo: Chris Eger/Guns.com)

Florida’s Republican Gov. Ron DeSantis on Wednesday approved a measure that would make it easier to arm educators and school faculty in the state.

DeSantis eschewed calls from gun control groups and signed SB 7030 into law this week. The move allows school or contract employees, as well as law enforcement officers, to be armed under Florida’s new Guardian Program provided they are appointed by the local district superintendent and approved by the school board. The current program is more limited in who can participate, in most cases specifically excluding teachers.

Selected volunteer Guardians must complete extensive training and have a valid concealed carry license. The training course includes some 144 hours, of which about two-thirds consists of firearms use. About half of the districts in the state currently utilize the more narrowly tailored version of the program. As of January 2019, 688 guardians had been assigned to public schools in the 25 participating districts.

Nationwide, at least eight other states in addition to Florida allow school employees to carry firearms on campus. According to the National Conference of State Legislatures, all these states require the employee to get approval from a local school board or superintendent and most require either a concealed carry permit or additional training as a prerequisite.