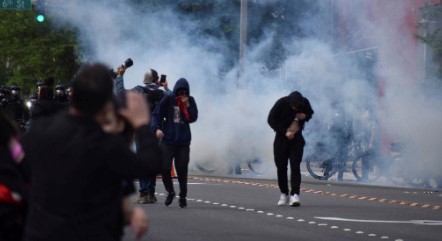 [Ed: This is published by permission, slightly edited, after its first appearance at Hacienda Publishing on June 10.]

The events of the last two or three months have been not only momentous but also perhaps portentous of things to come. In rapid succession COVID-19 and the George Floyd riots have underscored the fact government cannot always be trusted to do the right thing, and that Americans in the 21st century still need to preserve the God-endowed Natural and government-guaranteed Constitutional right to keep and bear arms.

Why you ask? We need firearms for collective defense in unforeseen just wars or homeland invasion; for self and family protection, as in home invasions; for self-defense in the streets during car jackings or against ruffians, who still threaten our lives during robberies or attempting rape; against marauding thugs during riots or following natural catastrophes, such as in the wake of devastating hurricanes; to protect our businesses during attempted robberies and from looting; against assailants who are stronger than we are, as they prey on the young, the old, the infirm, women, and the most vulnerable of us in society. The gun is the great equalizer.

During the coronavirus (Covid-19) pandemic, not only did we have our share of mountebanks going door-to-door impersonating health officials in attempts to swindle the elderly and vulnerable, but also ruffians wearing masks to conceal their identities while committing burglaries, robberies, home invasions, and other violent crimes. In some districts the police have even refused to answer calls to “non-essential” cases, citing the “pandemic.” Then on May 25, 2020, we had the irrational and needless death of George Floyd in Minneapolis, Minnesota.

Floyd, a 46-year-old black man, who had already been handcuffed, died after a white police office knelt on his neck for nine minutes in an inexplicable attempt to further restrain him. The event not only triggered nationwide peaceful protests but also launched violent riots, looting, and orgies of devastating fires in various large cities, uniformly controlled by Democratic administrations and mayors who have shown incompetence, negligence, and even support for the incendiary looters. Several police officers in various cities have been ambushed, knifed, shot and killed by these rioters and veritable assassins that the mainstream media insist on calling “peaceful protestors.”

In the meantime, across the globe, the real valiant freedom fighters — who do not loot, burn or kill innocent people, but instead courageously defy a ban on assembly instituted by the most brutal regime in the world, communist China, to attend vigils in memory of the Tiananmen Square massacre and attend numerous other peaceful protest marches in Hong Kong — are ignored by the American media. For coverage, we have to search the BBC.

Returning to America, in the wake of the infamous Breonna Taylor shooting in Louisville, Kentucky, I wrote a piece lamenting the militarization and abuse of federal and local police as a prelude to tyranny, but the violent reaction that his tragic episode has triggered has gone way beyond what we would expect for any reasonable concern that the crowds may have had for George Floyd — or for that matter the thousands of young black men and women who are killed by other blacks year after year. As the BBC headline reads, “Chicago sees deadliest day in decades amid protests and curfew.” Be that as it may, the mainstream media (MSM) have done all they could to call these thugs “protestors” and describe all these protests as peaceful.

After all the dust has settled and passions have been exhausted, I think Americans will find out the disservice that the MSM has done them in misreporting the news. Those who did looting and burning and killed police are not peaceful protestors but criminal thugs, who took the occasion for looting and plundering. Some “protestors” seemed to be organizers of the rampage. Communist groups and billionaire George Soros involved in so many leftist causes globally have been implicated as being behind some of these planned riots.

Will the media investigate? I doubt it. They have abandoned objectivity and perform investigative journalism only against conservatives, as they did with President Trump and “his associates”, but came only with fake news as with the Russia collusion hoax and the Ukraine accusations fiasco.

Ironically, in localities where the looters were particularly vicious and destructive, the police were around but made little attempt to arrest or even stop the looting. They could not even prevent the burning down of their own police station. They were presumably so instructed by the politically correct police departments, municipal governments, or the sympathetic Democrat Mayors, who, despite the wanton destruction by the criminal elements, sided with the MSM and Hollywood celebrities in support of the rioters. Some “progressive” municipal governments now want to defund or disband entire police departments as in Los Angeles and Minneapolis.

In several major episodes, business owners successfully protected their businesses with firearms. The response from the American people has been astonishment, fear, and in some quarters of the Blue States, even admiration for the rioters, or so the media tell us. But overall, there has been a realization that the Second Amendment is still needed for self, home, and family protection. The police cannot be everywhere all the time. And even when they are there, they may not act until after a criminal act has been committed — in other words, not until one has become a victim, robbed, raped, killed — if at all!

One to two million guns sold per month this past spring has set record numbers of gun sales. Gun control has been given a well-deserved and welcome setback that will be reinforced if Trump is re-elected and the Republicans gain more seats in Congress this November. But it all hinges on what happens in the coming election. Joe Biden’s numbers, according to the pollsters and the media, have surged. Media propaganda may be working.

But the $64,000 question is: Have the American people learned the correct lessons from the coronavirus pandemic and the orchestrated fears incited by the global public health establishment, beginning with the Wuhan disaster and the politicized World Health Organization (WHO), which has been shown to be subservient to communist China? Will the gloom and doom predictions of Dr. Anthony Fauci and the Centers for Disease Control and Prevention (CDC) materialize in a resurgence, especially with the multitudes brought about by the protestors?

The second question is: Have the American people, particularly the voters, connected the dots in the George Floyd riots? Namely, that this is not about the crime committed against Mr. Floyd by four rogue police officers, but about bringing down the Trump presidency and sinking his re-election. If not, the nation is doomed. Tyranny will indeed be in the making. 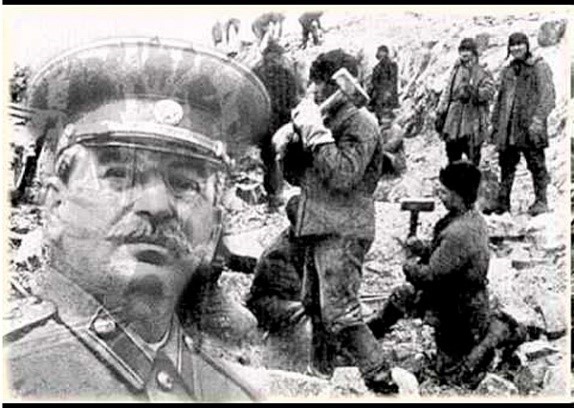 For those who think that police departments will be defanged, if not disbanded, just as soon as the leftists attain power, think again. You are seriously deluded. We will not live in harmony and happily thereafter. The truth is progressives are socialists and as close to being communists, as they have ever been in American history! Let’s refresh our historical memory: Marx and Engels once claimed that once the bourgeoisie (that is us the middle class) was eliminated and the “dictatorship of the proletariat” created, the class struggle would cease, and the State would vanish! Lenin smiled. Stalin laughed.

Together these communists founded the most repressive totalitarian state with the most efficient and deadly secret police — i.e., the Cheka and the KGB — in history. Opponents were disarmed and liquidated in the gulag, in government-created famines, or in the cellars of the Lubyanka with a single shot to the back of the head!

Mao Zedong added the Great Leap Forward and Cultural Revolution and together Soviet and Chinese communists liquidated over 100 million people in the 20th century. If the thirsty-for-power American socialists, who still admire Mao and Che Guevara, ever attain full power in all three branches of our government, they would create the most horrific police state America has ever seen.

Most of the surreal world we are seeing is taking place in Blue States. Vigilance, peace and quiet reigns in the rest of the country, especially in the Red States, and I think that once common sense returns, Americans will see through the fog and re-elect Trump by significant margins! After that, unfortunately, I’m not so sure. Our memory is evanescent.