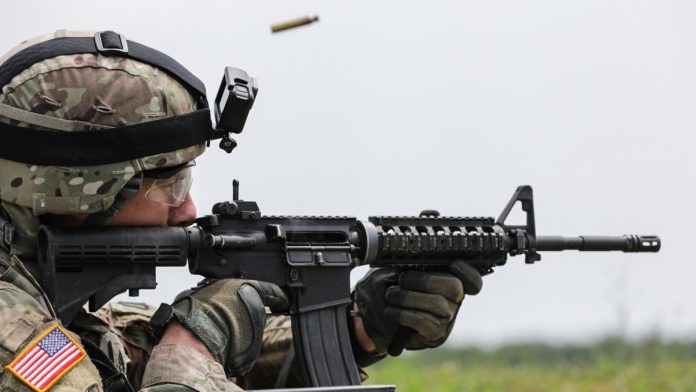 Colt and FN both received a contract modification for M4 and M4A1 carbines worth over $88 million apiece (Photo: U.S. Army)

The Pentagon last week announced that two of the largest makers of M4 and M4A1 carbines could expect some more government work.

On Thursday the Department of Defense posted that both Colt and FN America were awarded an $88.6 million contract modification by the U.S. Army Contracting Command to run through Sept. 2020 for M4s. The award is an extension of $212 million contract split between the two companies in 2015. The companies originally were picked from a field of six who submitted bids.

Colt will conduct the work at the company’s West Hartford, Connecticut factory while FN will perform their work in Columbia, South Carolina.

Colt developed the carbine as the XM4 in the 1980s from the shorter-barreled Colt Commando-series in conjunction with the M16A2, with an eye to replacing the service’s aging M3 “Grease Gun” SMGs. Adopted as a stop-gap while the Army researched the Objective Individual Combat Weapon program– which promised a leap forward in small arms that never fully materialized– the M4 was first fielded with the Army in 1994 and has been widely adopted across the military ever since.

Although USSOCOM has moved to replace the rifle with FN SCARs and H&K 416s for some special operations units, the Army has been busy in the past several years with the M4A1+ program, an initiative to upgrade the guns with a heavier barrel, ambi controls, and a full-auto capability in lieu of the long-standard 3-round burst. About 150,000 guns have been so modified by the Army in-house since 2014.

Meanwhile, Chief of Staff of the Army Gen. Mark A. Milley, has been pushing a drive for as many as 100,000 new Next Generation Squad Weapons in a new 6.8mm chambering, to replace the 5.56mm M4 and the M249 Squad Automatic Weapon in select front-line units. Thus far, four companies — AAI, FN, General Dynamics, PCP, and Sig Sauer — have been tapped to produce prototypes.