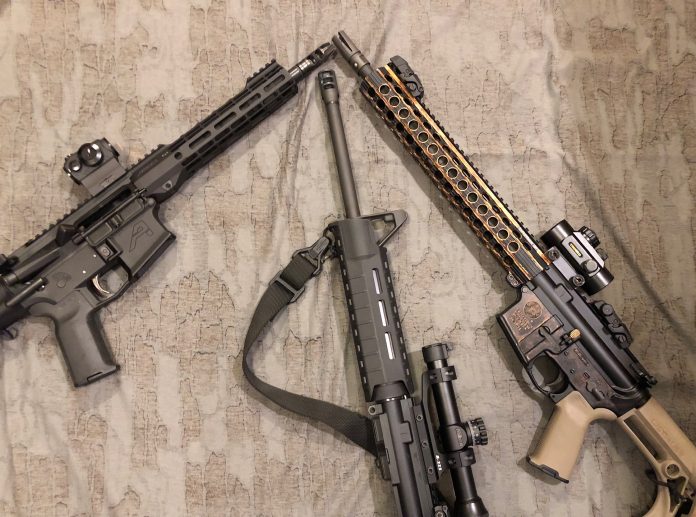 The word “Resist” seems to have become a liberal battle cry these days. But what most people don’t realize, and what the mainstream media avoids telling the public is that “Resist” is exactly what firearms owners have been doing for literally decades in the face of unconstitutional gun laws. The level of civil disobedience to arbitrary firearms regulation has been truly staggering – and not just in the United States.

Here is a review some of the most recent examples.

The recent abysmal failure of the state of Vermont’s Bump Stock Amnesty, is a perfect illustration of the recalcitrance of the general U.S. population when it comes to gun control.

In case you missed the news on this particular law, Vermont had an amnesty in place with an October first deadline which allowed owners of bump stocks to surrender them (uncompensated of course) to the state police. After the deadline the penalty for being in possession of a bump stock became a thousand-dollar fine and up to a year in jail.

With that looming penalty, how many bump stocks were surrendered by Vermont citizens during the amnesty? TWO. No really – two. Not two hundred. Just two.

Speaking of “Safer”, the New York State SAFE ACT  – the middle-of-the-night rape of New Yorkers’ gun rights in 2013, requiring the registration of all “assault weapons” in the state – resulted in a massive 4% compliance rate. The size of the giant middle finger that New York gun owners gave to their state government was so embarrassing, that it required a two-year court battle to force the state to release the actual numbers under a FOIA suit.

And then there is California. “Commiefornia” managed a whole 3% compliance with their latest assault weapons registration plan involving “bullet button assault weapons”. Apparently even Californians don’t like their own state government.

Despite what the media and gun grabbing liberals would have us believe, Americans aren’t the only ones resistant to gun registration and confiscation schemes either. Resistance in other countries is also quite high.

Remember the Australian model of gun control that Hillary and Obama kept going on and on about? What they didn’t tell you is that Australia’s “Buyback”/Confiscation achieved only an estimated 20% compliance rate. Hundreds of thousands of firearms owners in Australia did not cooperate. As a result, in the “be careful what you wish for” department, there is now a raging black market in firearms in that country.

Canada instituted a long gun registration scheme back in 1995. Not only did retrospective studies fail to demonstrate a positive effect on homicide rates,  those “Nice Canadians” largely failed to register their long guns until the shockingly expensive scheme (some 2 billion dollars) collapsed under it’s own weight and was scrapped in 2012. If those notably polite and law-abiding Canadians refused to comply, why would anyone expect that Americans would react any differently?

With all of this evidence that gun control schemes not only don’t work, but that civilian populations are uncooperative and even contemptuous of such laws, WHY do liberal gun grabbers continue to push such an agenda?

They apparently fail to remember the adage that the definition of insanity is doing the same thing over and over and expecting a different result. What that adage says about them is not particularly complimentary.

If nothing else, this data is heartening for gun owners. Our brothers and sisters in arms are not lying down in the face of arbitrary and unconstitutional gun legislation. They are fighting in the courts, and fighting in the only other peaceful ways available to them – by exercising their right to vote, and by refusing to comply.