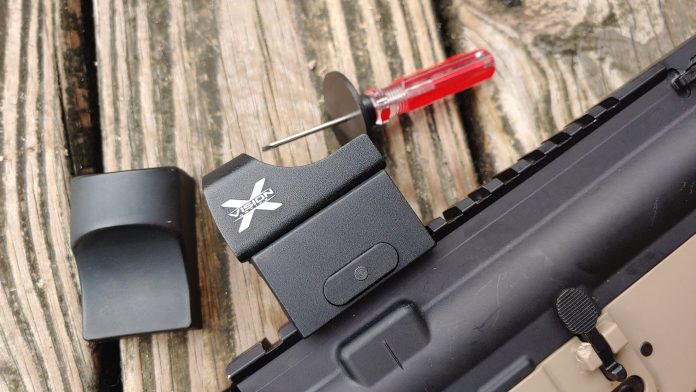 I’ve always thought the best way to judge the state of an optic is to look at the cheapest variant on the market. Recently I decided to purchase the cheapest red dot on Amazon and see how it holds up to several different tests. I did set some rules. My cheapest red dot needed to be designed specifically for guns, real guns. If the dot was advertised for air guns or BB guns of any kind, it got a pass. This took a lot of looking and clicking and reading descriptions.

Eventually, I found the cheapest red dot designed for actual firearms for a whole 19 dollars. The X-Vision Optics Micro HIIT Red Dot Sight. What does HIIT stand for? I have no earthly idea. Who is X-Visions? I have no idea. I do know it cost me 19 bucks and I hit buy it now and patiently waited for my two-day shipping to kick in.

I was pleasantly surprised when I unboxed the optic. With the optic, you get a tiny flat head driver for making adjustments. A wheel that lists the adjustments mounts to the screwdriver, so you know how to make your adjustments. The optic comes mounted to a Picatinny rail mount and can be detached. The footprint is not listed and might be proprietary but resembles the Docter/Noblex design. 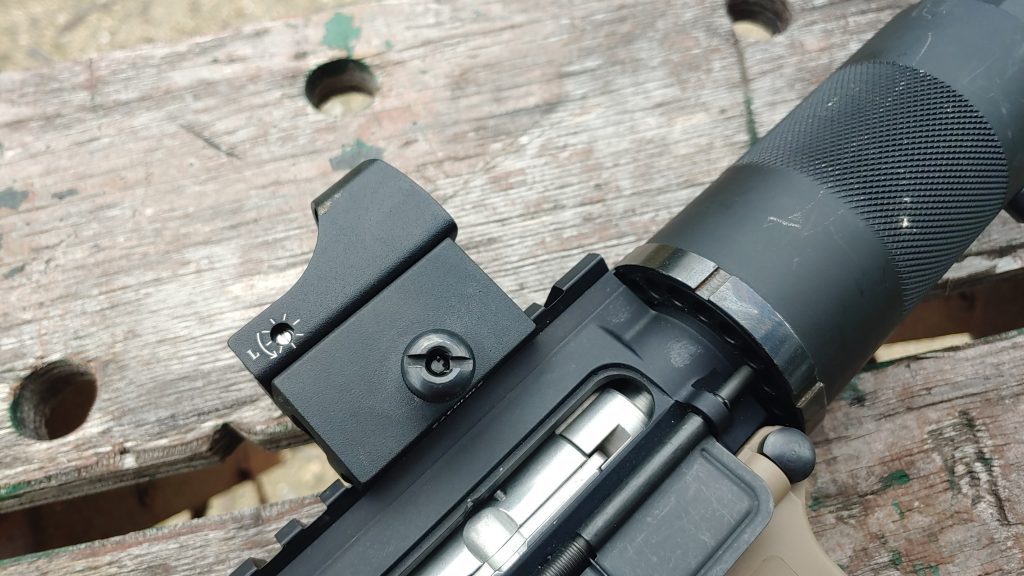 The battery is bottom mounted, and there is a metal shroud that wraps around the entire optic for another level of protection. This is a 6061 hood. There are no buttons, and it’s an auto-adjusting design. Since the dot has no settings to turn it ‘off,’ you toss a hood on it. Not too big of a surprise with the cheapest red dot on the market. The X-Vision HIIT is firmly attached to the Picatinny mount. Overall the optic looks cheap, but not as cheap as I expected. 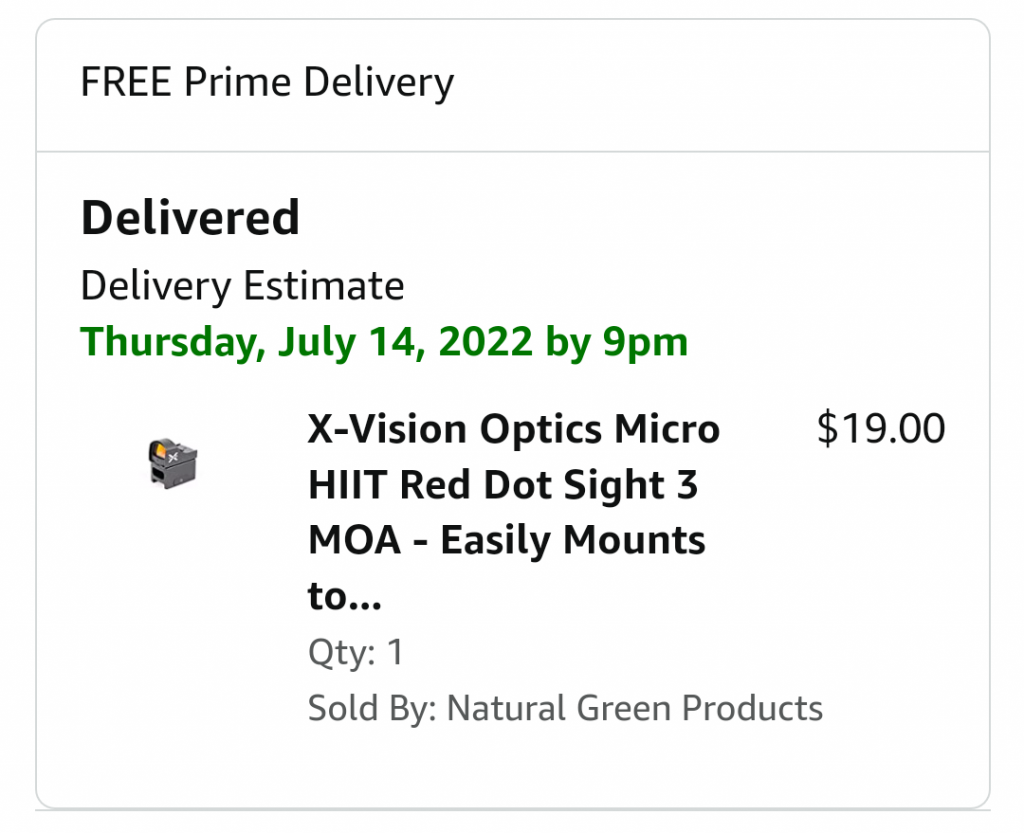 The mount allows the optic to sit high enough to absolutely co-witness with AR height sights. The battery is a CR2032 battery, and the dot is 3 MOA in size.

Let’s start simple and mount the X-Vision dot to a simple .22LR AR pistol. Nothing too rough to see how the design zeroes and get a general feel for the dot. It mounts easily enough, and I set it up to zero. What I first noticed was how clear and crisp the dot it. It seems larger than 3 MOA, but it’s almost absolutely perfectly round and so very clear.

That’s the upside, but the downside is that it’s not super bright. 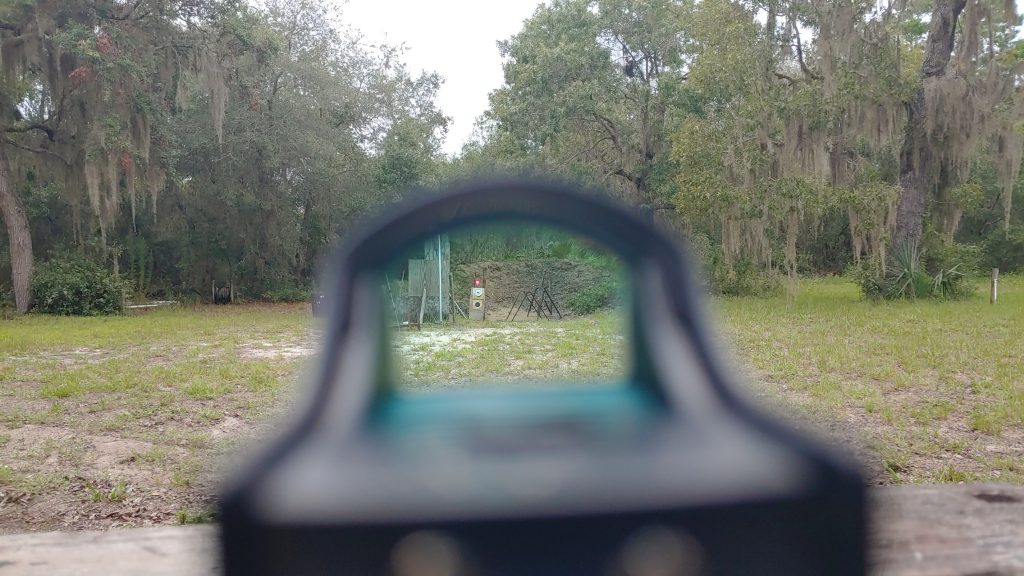 Even in daylight environments, the dot isn’t super bright. You can see it, but it’s not a big, bright, eye-catching dot. It works, but not exceptionally well.

The adjustment screws have two lock-down screws that have to be loosened before you can make adjustments. I started at 25 yards and fired a few rounds. I wasn’t even on paper so I got a bigger target and started over. It was way low and way to the right. Adjustments were listed as 3 cm per 100 meters. That broke my freedom unit soaked American mind, so I Googled it. 2.9 CM is approximately 1 MOA. 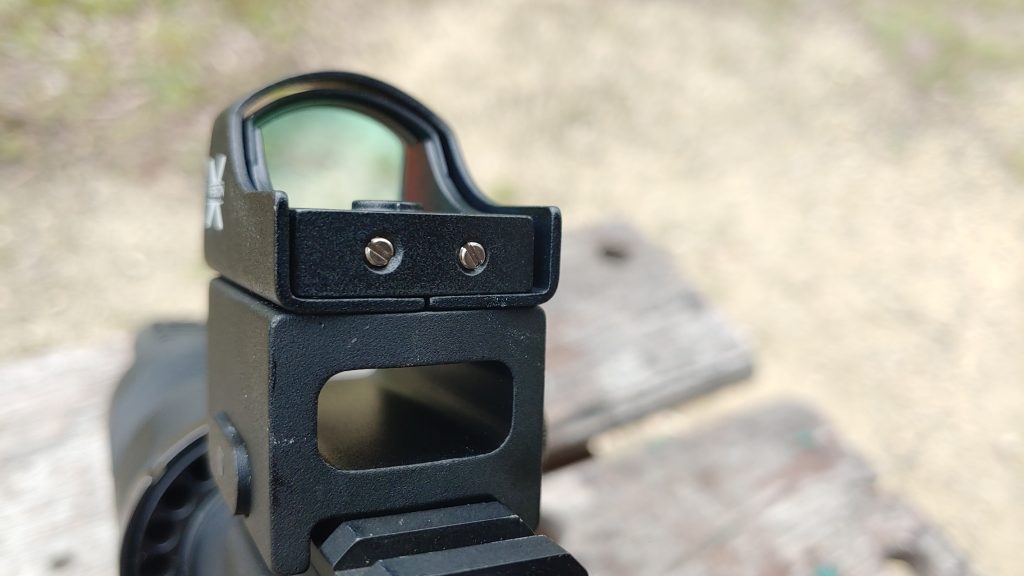 With the gun rested, I looked through the lens as I made the elevation adjustments. To say the measurements are inaccurate would undersell it. There is no clicky feeling to the turrets. They just freely spin. It’s annoying, but this is the cheapest red dot, so I’m not expecting much. When observing the dot while making elevation adjustments, the dot sometimes does not move at all, and other times it jumps massively.

It took a bit longer than I wanted, but I finally got it very roughly zeroed and then tightened it down.

With this thing finally zeroed, I do some general shooting with the .22LR. I ran some basic drills, had some fun, and the dot held zero fine. It’s not super bright, but it works well enough for punching paper. The dot does quickly change brightness levels as you transition between environments. Like a lot of cheaper auto-adjusting dots, it will not compensate for a weapon-mounted light and will be washed out quickly. 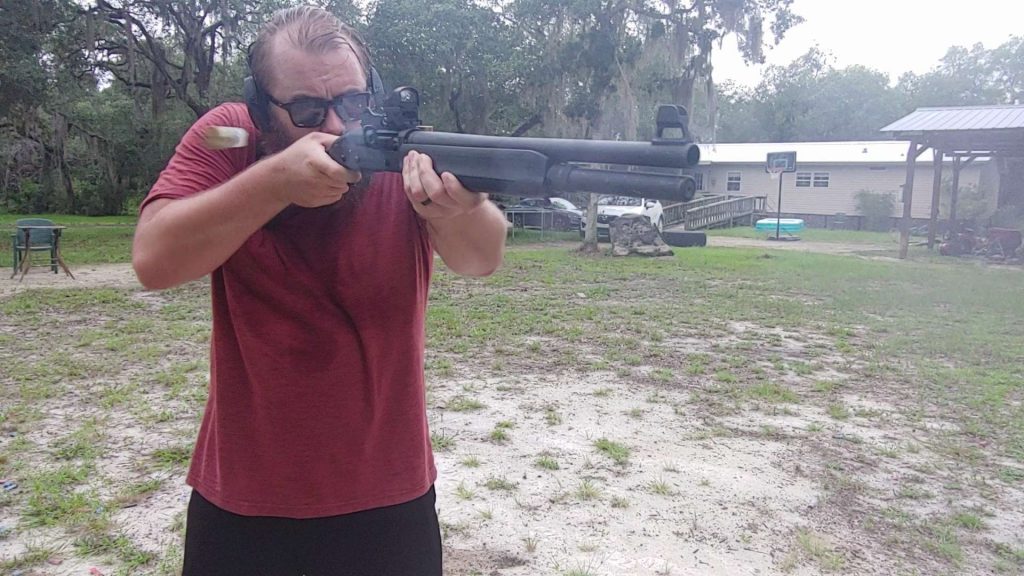 Just for fun, I tossed it on a twelve gauge Mossberg 930 SPX loaded with seven rounds of Sterling full-powered buckshot and let it rip. I then tossed the dot back on the .22 LR where I had it mounted before, and it seemingly held zero. Next, the world’s cheapest red dot to a red gun from ASP dropped it over and over and over on both sides and the top. The dot still worked, and since it was covered in dirt, I gave it a wash. I sprayed it with a water hose and tested its IPX7 rating. Surprisingly the dot didn’t fail either test. 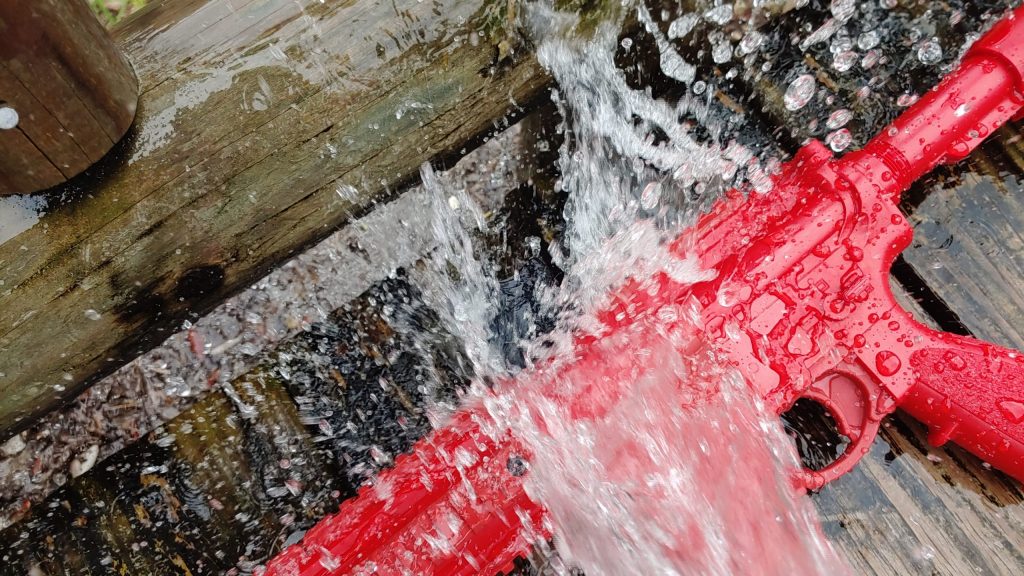 I remounted it to the .22LR and let the lead fly. There was a slight downward shift of about half an inch. That’s not bad by any means, especially for a 19-dollar optic. I did ensure it was mounted to the same spot every time, but remounting can also be a little difficult to get right. 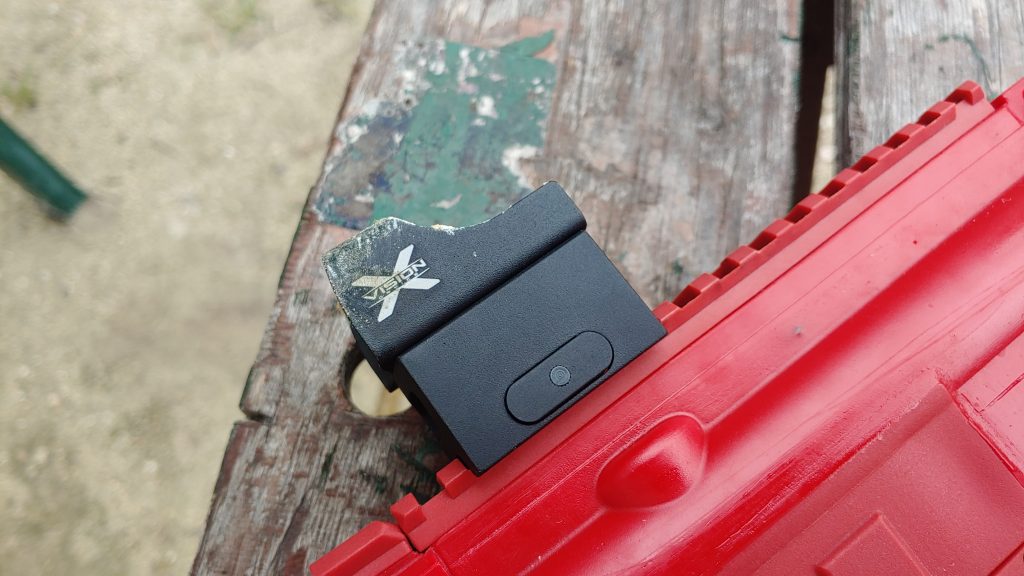 The State of Red Dots

Red dots are in a pretty good place if this 19-dollar optic can take this much abuse and still work decently. Yep, it’s tough to zero, the adjustments suck, and it’s not super bright. I wouldn’t use it personally, but it might be a good option on a kid’s .22LR. Color me surprised, I didn’t have any hopes for the cheapest red dot I could find, and having zero expectations makes them easy to blow out of the water.