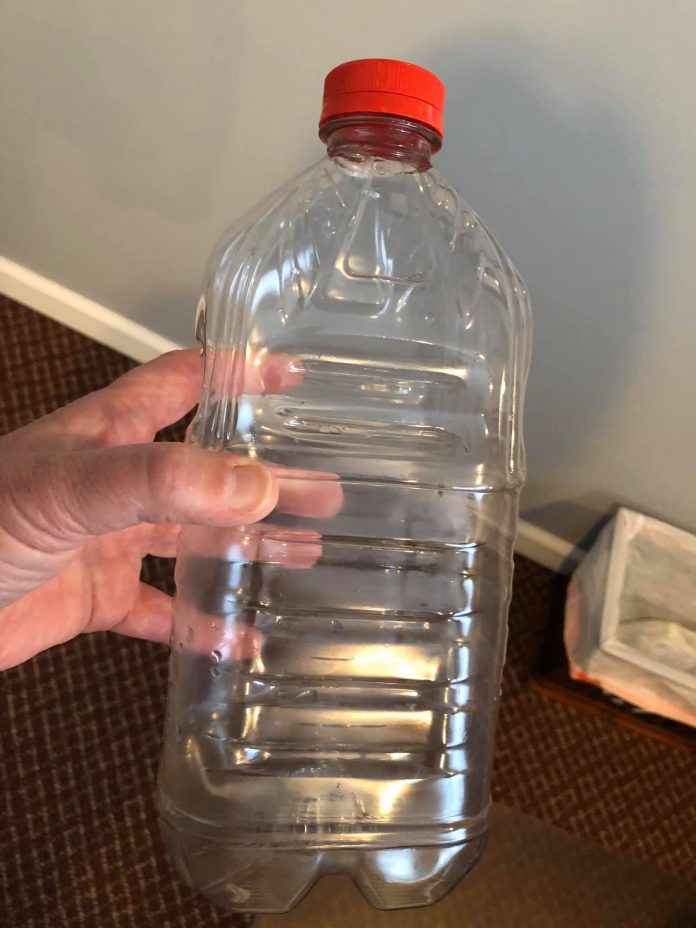 I suppose this article could either be considered “survivalist”, “old fashioned” or “trendy/green” – depending upon your point of view. You are welcome to take your pick.

These days the catchphrase “Reduce, Reuse, Recycle” has become a thing. As people become more concerned about the waste stream, they are becoming more interested in ways to control what they throw away (and what thus goes to a landfill).

But in a larger view, this isn’t “new” or trendy at all. Our ancestors took that view all that time, except it was in the form of the adages,

“Waste Not, Want Not”

If we are writing from a “Survival” perspective, these adages and attitudes still apply. If you can no longer skip on down to the big box store to get what you want, you have to figure out a way to make what you want out of what you already have.

I started thinking about writing this article the day I pulled an empty two quart bottle out of the office garbage can. It wasn’t quite dumpster diving, but only by a matter of degrees.

I swear I’m not a hoarder, but I realized how much my worldview on this stuff has changed in the past few years. When I saw that bottle, instead of trash, I saw a myriad different ways I could use it – from mixing up fertilizer water for my plants, to long term storage for rice or pasta. I swallowed my pride, rinsed that bottle out, and took it home. One man’s trash is another man’s treasure.

So, I’ll ask you to indulge me for a few minutes as I talk about a few ways you can turn one thing that is no longer useful into another thing that IS. Because whether due to zombie virus or environmental destruction or economic collapse, sooner or later this may be how we all HAVE to live. And if you can save a few bucks in the process, well why not?

The ubiquitous and much maligned plastic bottle doesn’t have to be trash. It can – depending on the size and shape – be repurposed into things like:

-Funnel from of the top half of the bottle

-Planter from of the bottom half of the bottle – I wrap clear plastic versions in colored duct tape to protect roots from light, give a little structural integrity to flimsier plastic, and to make my window garden look nicer.

-Scoop from of a jug  – I’ve made a potting soil scoop and a kitty litter scoop out of jugs that would have otherwise gone in the garbage.

-Water in the freezer – I refill empty Gatorade type bottles (they’re sturdier) and put them in the freezer. They can then be used as freezies in a cooler, and you can drink the water when it thaws (you can’t drink that blue stuff). Or grab a bottle before a trip to the range and it’ll be partially thawed by the time you want to drink it.

Do you have an overload of Amazon boxes? If you have a yard or garden, you can use that cardboard instead of sending it to landfill oblivion. Broken down cardboard boxes can be used as a weed/grass smothering underlayer when planting new beds or creating paths through your yard/garden. It eventually breaks down and works like mulch. And worms apparently love it.

The tubes from toilet paper and paper towels can be turned into seed starters, which break down in the soil when planted. Why spend money on buying peat pots? Use old take-out boxes as the humidity chamber, and you will have spent zero additional money.

I line shoeboxes with empty grocery sacks and use them as veggie planters in my window garden.

Cereal boxes, old bills, and junk mail paper can be shredded and used as a carbon source in your compost.

You are Composting, Aren’t You?

If you have a yard or garden and aren’t composting you are just throwing money away. There is no need for a huge ugly heap in your backyard – I have successfully composted chopped up kitchen scraps (fruit peels, coffee grounds, celery ends, squash rinds, eggs shells, etc)  in a contractor bag in my garage. Because it’s not a big enough volume to generate heat, you have to be careful about seeds and such, but it does work and I have the photos to prove it.

I haven’t thrown away kitchen scraps in two years, and in the process have “created” the equivalent of five or six bags of potting soil/amendment for my garden that I didn’t have to buy. And I’m just a household of one. In the event of an economic collapse that’s going to be important for your survival garden.

Jars can be used for dry storage of dehydrated foods and herbs. You can sometimes even use empty commercial jars for water bath canning if the canning lids fit, but they can have a higher breakage rate.

Bottles can be used for making salad dressing, herb-flavored vinegars, or even homemade wine.

I have cut up worn out flannel sheets and sewn them into kitchen towels and dishcloths. I ran through a lot of them when learning canning last year, and it saves on paper towels. Worn flannel also makes really soft handkerchiefs. (You know – those washable things people used before tissues?)

Sticking a damped piece of worn out T-shirt or sock on the bottom of your swiffer, mops up kitchen spills nicely, and costs nothing. You can even wash it and use it again. (Or throw it out without guilt after it is really disgusting)

Finally – for those of you who are bored with anything not gun-related – Did you know that you can upcycle an old shovel into an AK? Here ya go. You’re welcome.

You don’t have to be an environmentalist or a survivalist to put some of this stuff into practice – you could just be a CheapAss like me. It takes a little extra effort, but I have found it to be worth the trouble.

Because sure, buying some of those things outright may only cost a couple bucks, but a couple bucks here, and a couple bucks there and soon you’re talking about a down payment for a car, or a vacation, or a new gun. So – Waste Not, Want Not, Baby!