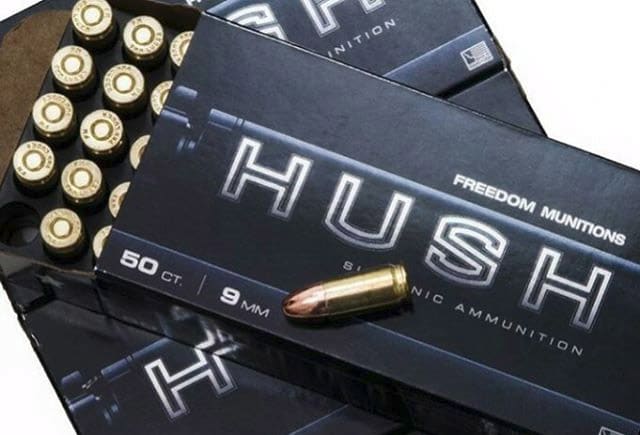 A large chunk pistol ammunition we shoot is through a silencer (or suppressor, or muzzle muffler, or whateverthehellyouwanttocallit). Freedom Munitions is one of the go-to’s for blaster gas. In the case of .45 ACP, about 90% of the commercially-loaded ammunition is subsonic by nature. Moving down to a 9mm it gets a little trickier. At one time almost all 147 grain and a good portion of commercially available 124 grain ammunition was subsonic. Sadly this is not always the case anymore. We have chronographed more than a few boxes of 147 grain 9mm ammunition at above the speed of sound. 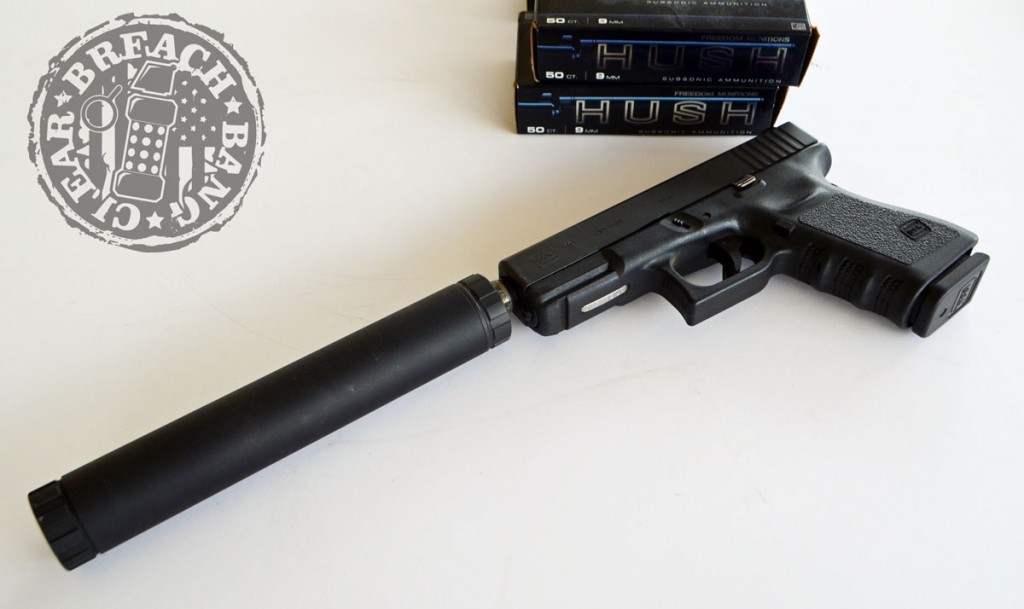 Subsonic ammunition (sub-sonick amm-you-nish-un) is ammunition designed to operate at speeds less than the speed of sound (1050 feet per second), which avoids the bullet making a supersonic  “crack” as it travels. Particularly for suppressed or silenced firearms, the sound of a supersonic bullet will significantly add to the loudness of the shot, whereas a subsonic round will decrease it.

And before some genius thinks that the round is insanely quiet and decides to fire one off the back porch, unlike a CB cap Hush will still sound like a gun shot. And a neighbor will still call Johhny Law on you for dumbassery. Not naming any minions (*cough* Dave, Mike *cough*) who tried this experiment. 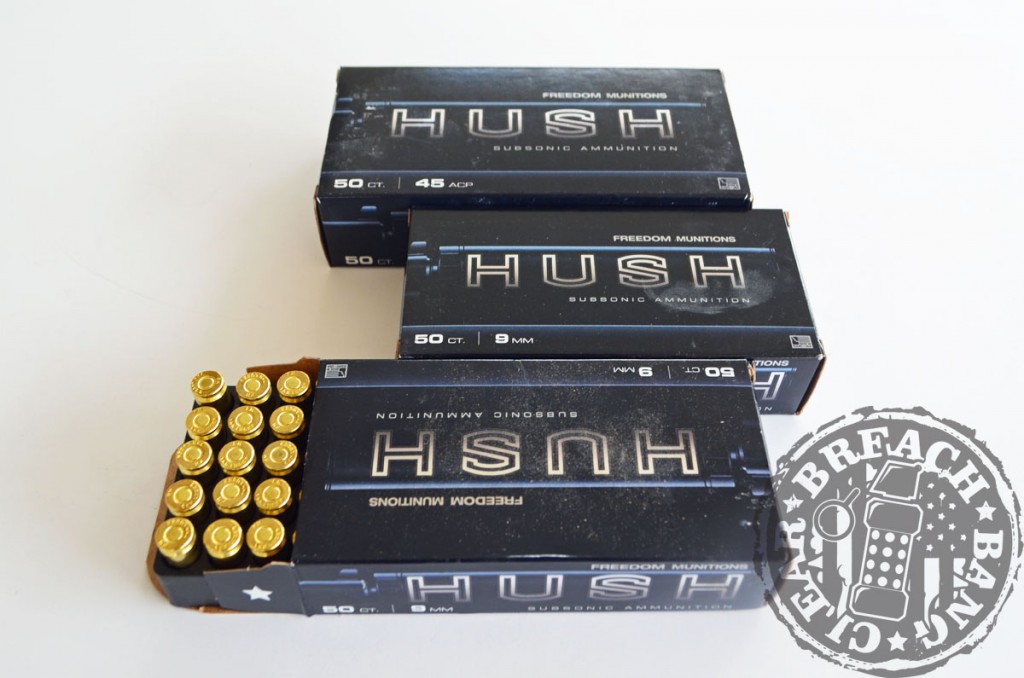 Freedom Munitions’ Hush ammo is not remanufactured ammunition, but is built entirely out of new components. They use a faster burning powder to help keep pistol and silencer clean by minimizing unburnt powder, and added brand new Xtreme bullets including a long 165 gr 9mm load we’ve never seen before. 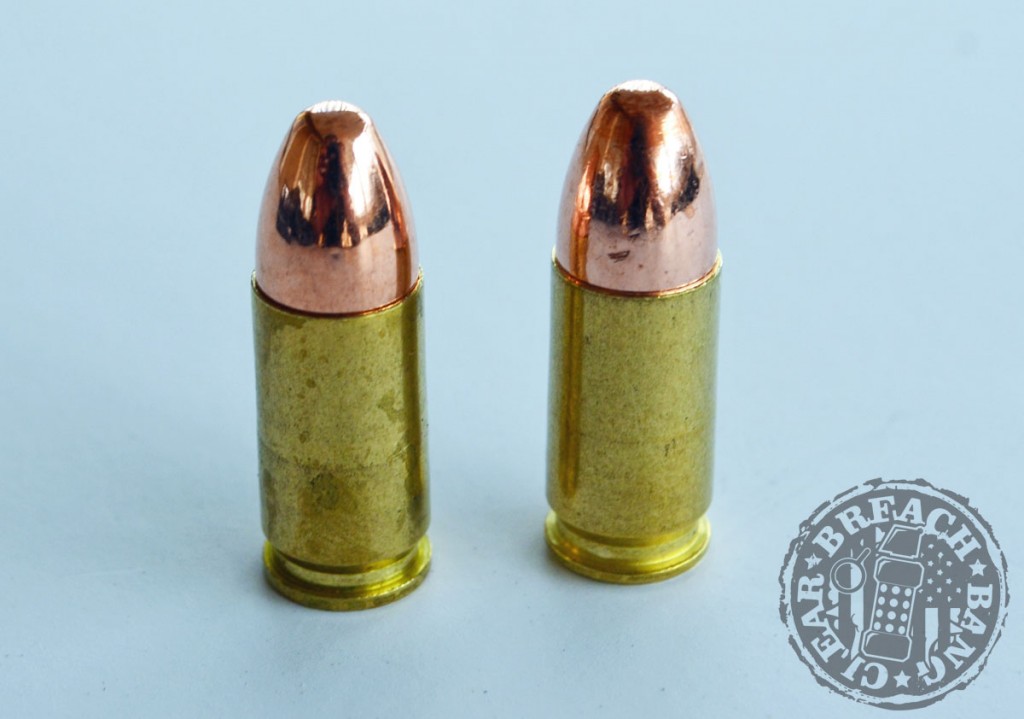 Now, we’ve played with fuzzy foreign made stuff by Geco or GFL (Good Fucking Load) with 158 grain bullets, but they’re expensive (when you can even find them). The best thing about freedom is that the Hush line is literally a click or two away. Well, plus the ride from UPS and the whiner in the brown shorts who cries whenever he has to drop off a few cases. 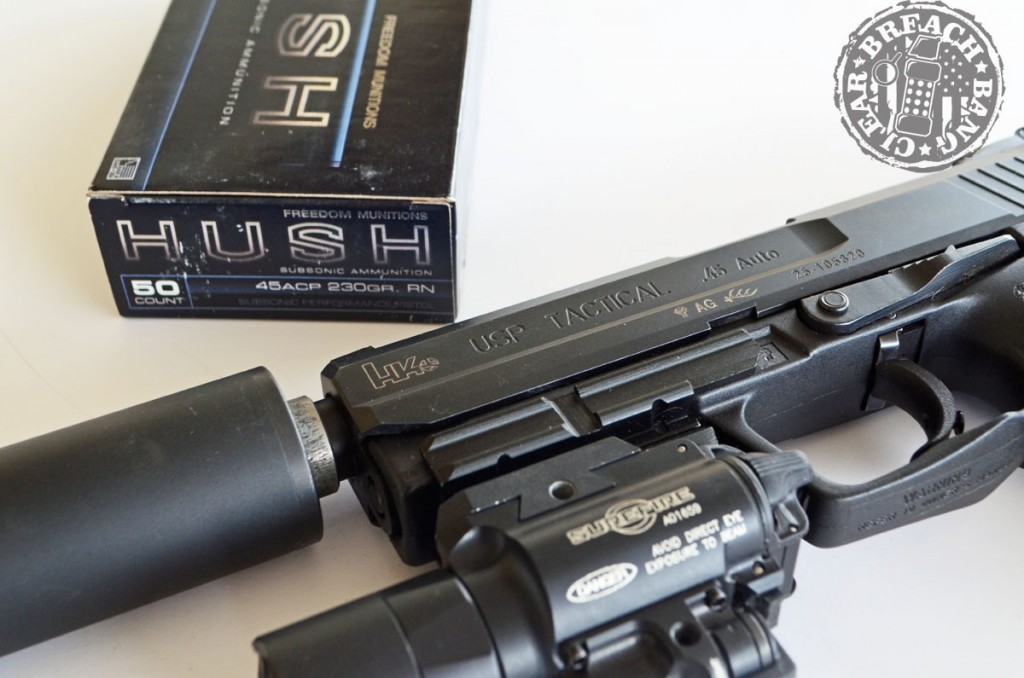 We’ve been shooting the Hush Ammunition for about 7 or 8 months. The 230 grain 45 ACP is the cleanest ammunition of its type we’ve ever shot. Along with the 147 grain 9mm, it’s given us absolutely zero problems both suppressed and unsuppressed. 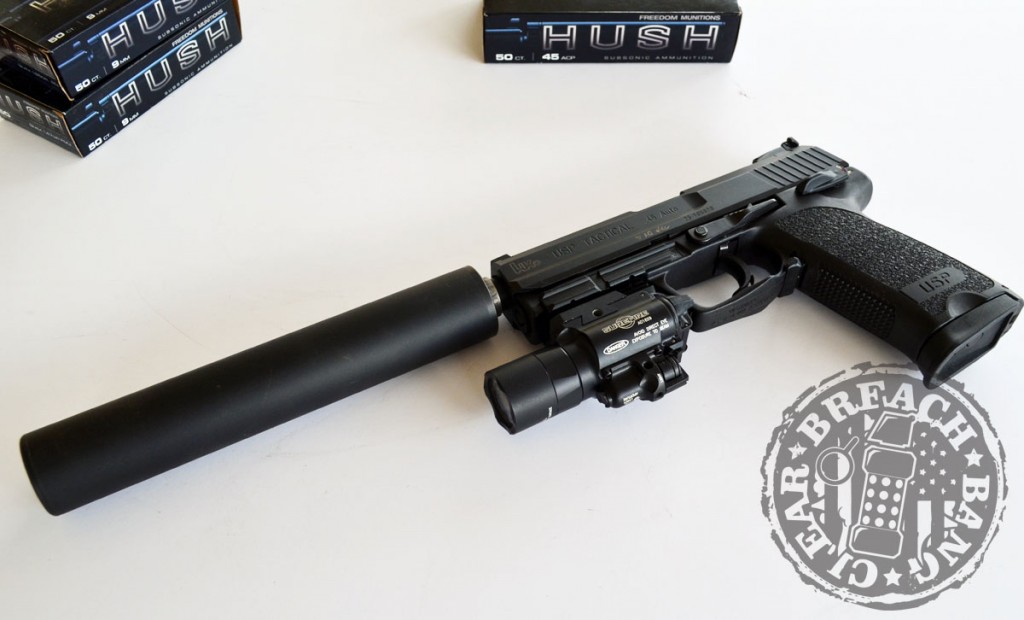 The 165 grain only gave us a bit of trouble in a Steyr M9A1 pistol when used with the factory recoil spring and an AAC Illusion-9 suppressor. This is probably not the round for everyone as it is a long, slow, heavy bullet traveling under 700 feet per second. It’s a very accurate short range round and functioned fine through Berettas, Glocks, Sigs and S&W M&P pistols. But it just didn’t work well with our Steyr, until we increased the weight of the factory recoil spring and ran it with a Ti-Rant 45M instead of a 9mm can for a boost in recoil along with the increased internal  volume of the larger bore silencer. 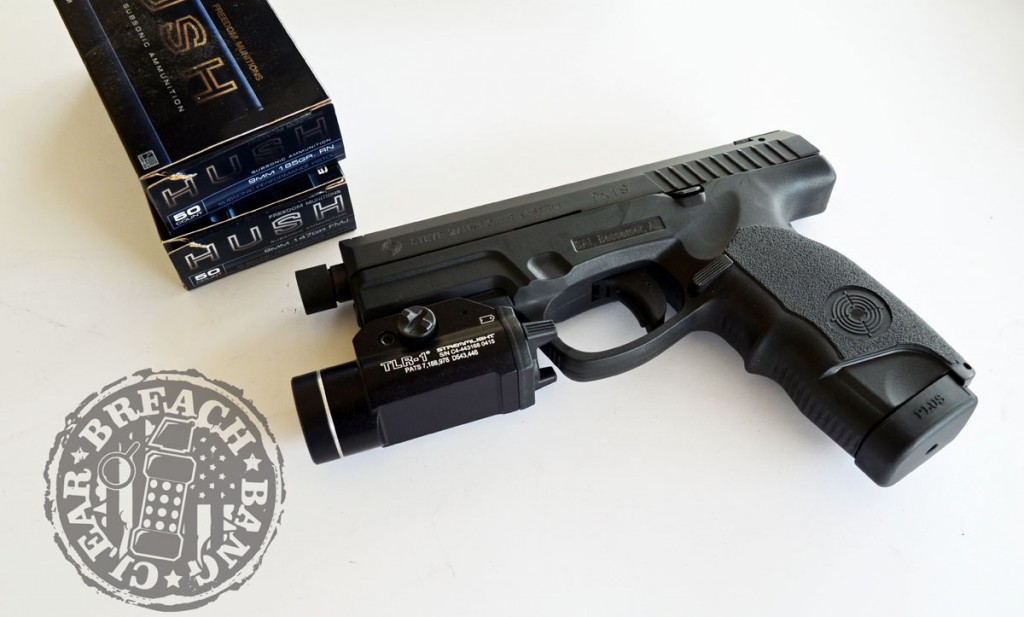 All of the Freedom Munitions pistol ammunition, including the Hush line, is loaded on the Ammo Load Mark X loading system. This is an automated press that cranks out as much as 5000 rounds per hour with a powder check system that can detect changes as low as 1/10th of a grain. This prevents the machine operator from overcharging or undercharging a case.

Consistency in the loading process is one of Freedom Munition’s key factors in determining accuracy and reliability. Check them out here, along with their other offerings (if you like making noise and cleaning guns more often!). Personally, we’re sold on Hush and plan to use it exclusively for silencer testing. 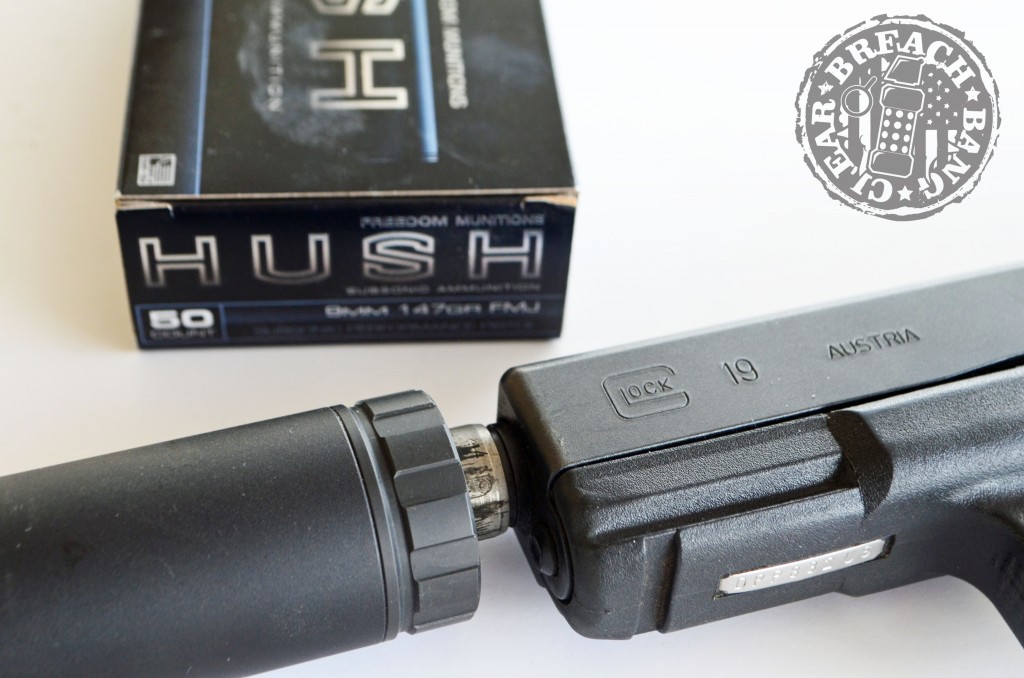