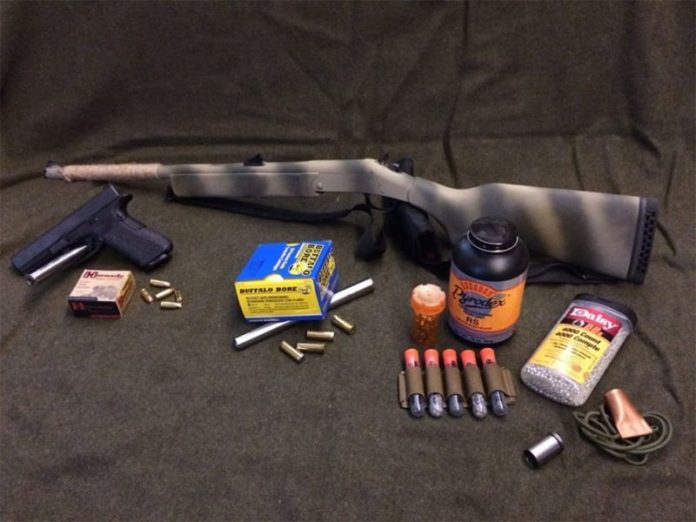 If I had to choose my ultimate survival shotgun, the H&R Tracker 2 Slug Gun would be it. Why? It has a 24″ rifled barrel and adjustable iron sights. Most smoothbore shotguns only come with a beaded front sight. Both the adjustable sights and the rifled barrel give a shooter the ability to accurately engage targets beyond 100 yards, as long as they do their part. With a 12-gauge sabot or rifled slug, you can drop anything in North America that walks.

The single-shot shotgun is one of the easiest weapons to maintain in the field, and it’s remarkably durable given that it has very few moving parts. Yes, follow-up shots will be slower, but with practice, they can still be done pretty fast. This is a very good modern-day equivalent to what Roger’s Rangers would have carried. If they were that successful at unconventional warfare with a single-shot muzzleloader, then there is no reason we cannot be as effective with a single-shot shotgun.

The versatility of this gun is what makes it so amazing. Once I settled on the shotgun I wanted to use, I made the following modifications to it:

Now here is where things start getting really cool if you’re using a single-shot 12 gauge. There is a company—Short Lane Arms—that manufactures sub-caliber inserts for single-shot shotguns. I own three of them: 9mm, .45 Long Colt, and a 209 shotgun primer adapter. These 8” adapters are rifled to increase accuracy. Now, I can pair my sidearm with the shotgun. Since I carry a Glock 17, I can now use the same 9mm ammunition I carry with my Glock for use in my shotgun! 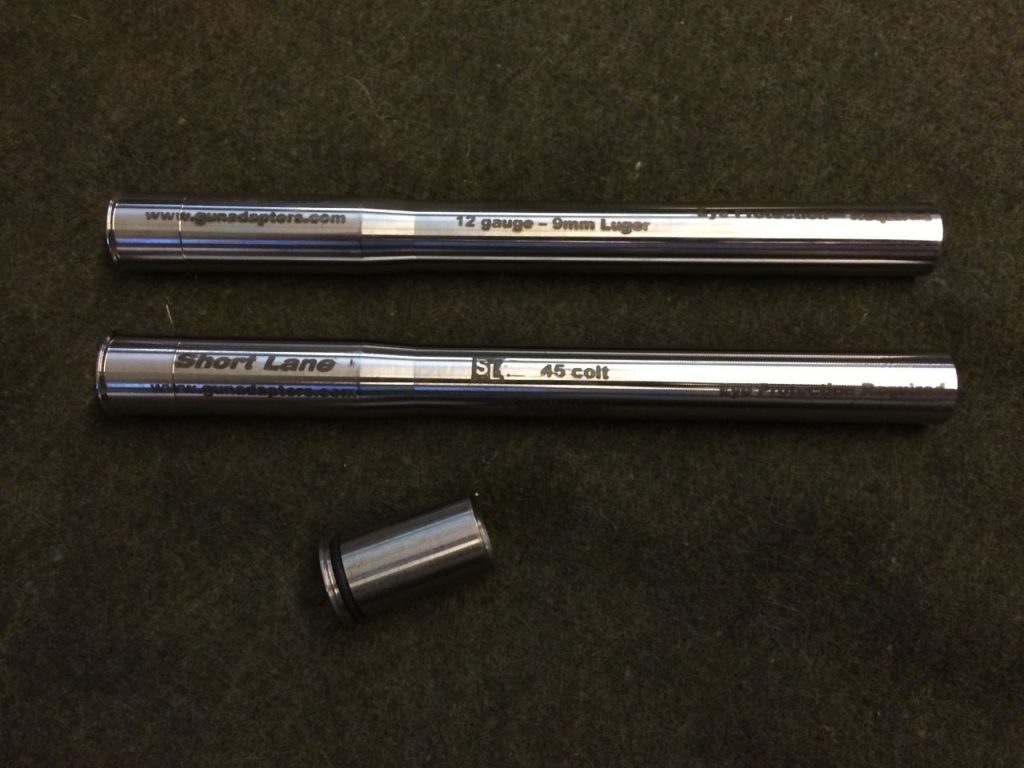 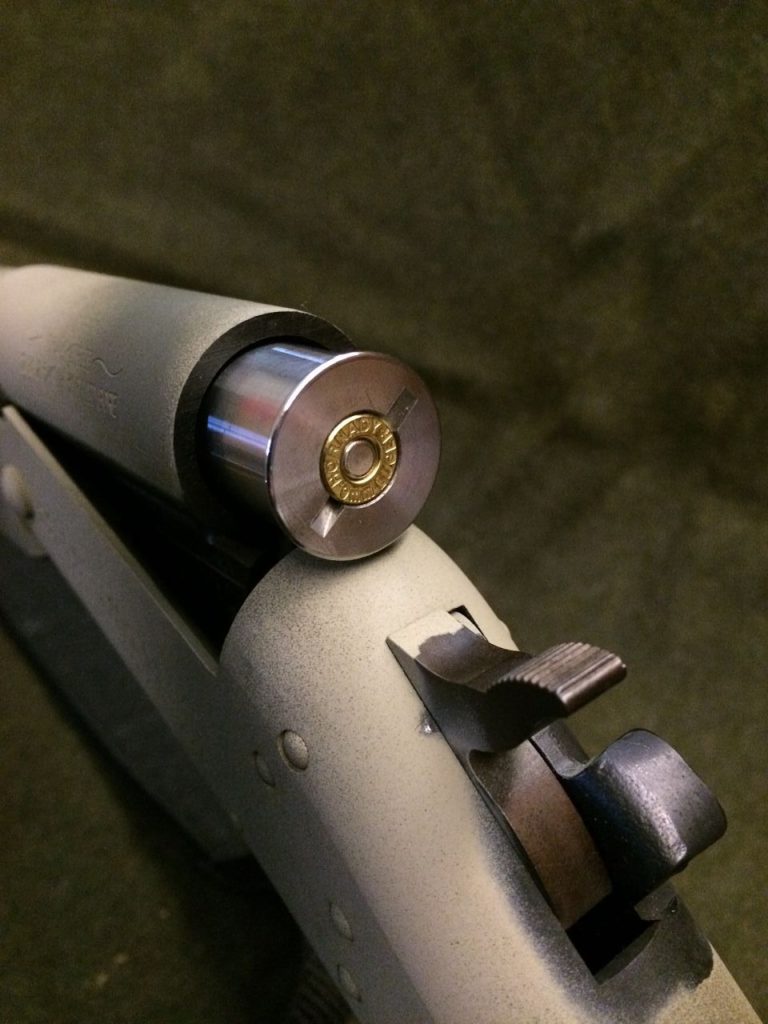 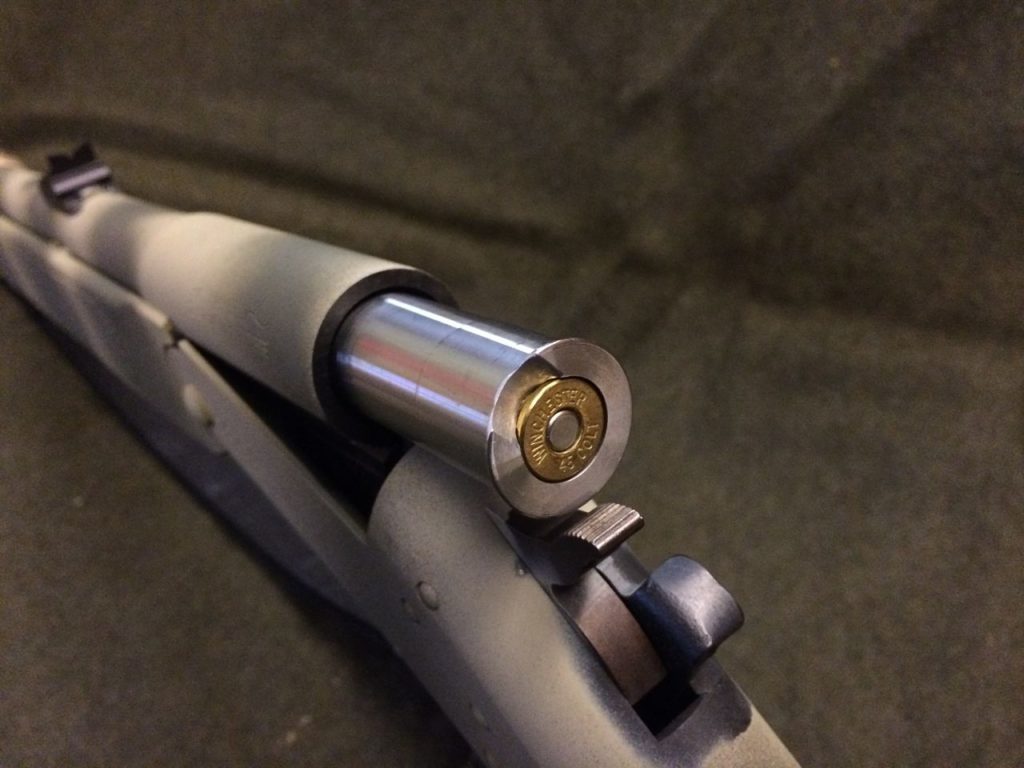 For all intents and purposes, I can now shoot four different types of ammunition out of my survival shotgun. If you walk into most stores, the shelves of ammunition are typically pretty empty. Most of what’s left is 12 gauge ammunition, which is a bonus if you’re using a shotgun as your survival weapon. 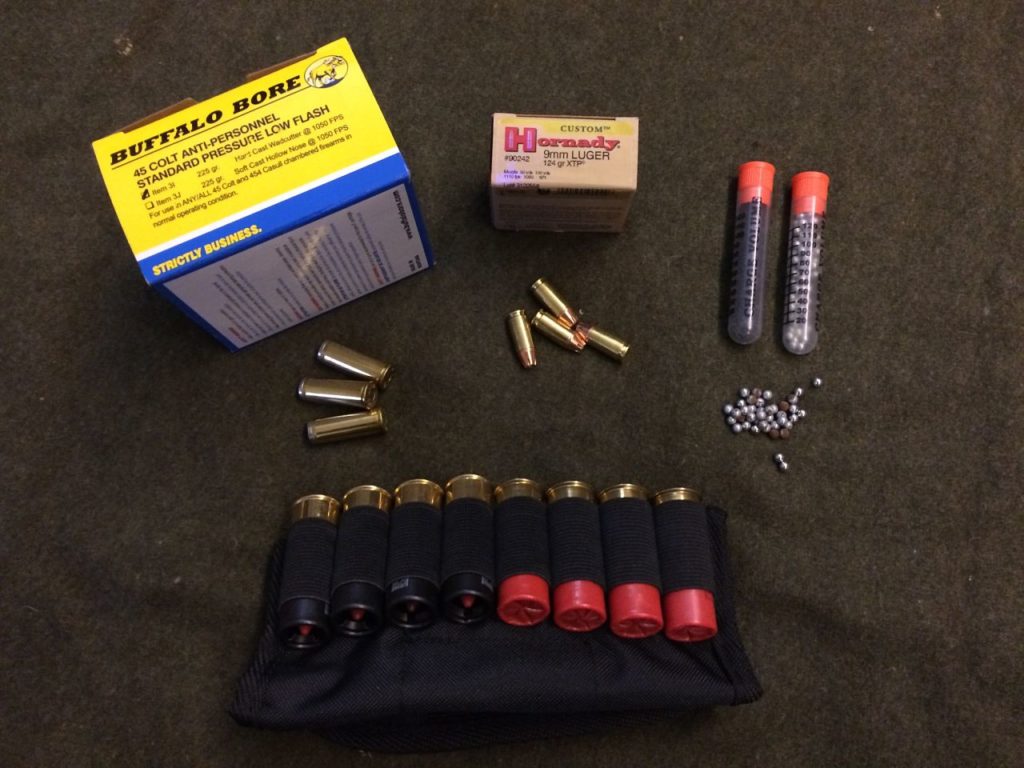 Let’s take it a step further from the standard shotgun ammunition, rimfire ammunition, and centerfire ammunition. Short Lane Arms also makes a 209 shotgun primer adapter for the single-shot 12 gauge. With that, you can turn your shotgun into a muzzleloader! By using the 209 adapter, all I need is a box of 209 primers, some muzzleloading propellant, and a container of BB’s. If you don’t have any cotton material for patching, you could cut up an old cotton t-shirt or use wax paper. I stick to 100 grain measurements: 100 grains of propellant and 100 grains of steel BB’s. I use the same measuring device for both powder and shot.

With this shotgun, the sub-caliber inserts, and my Glock 17, I feel pretty confident that if it ever came down to a survival situation, whether in a wilderness setting, collapse of society, or some type of power-grid failure, I can hold my own. Remember, you’re going to want a platform that is simple and adaptable when it comes to any of these scenarios. This package offers not only simplicity, but also reliability and adaptability. 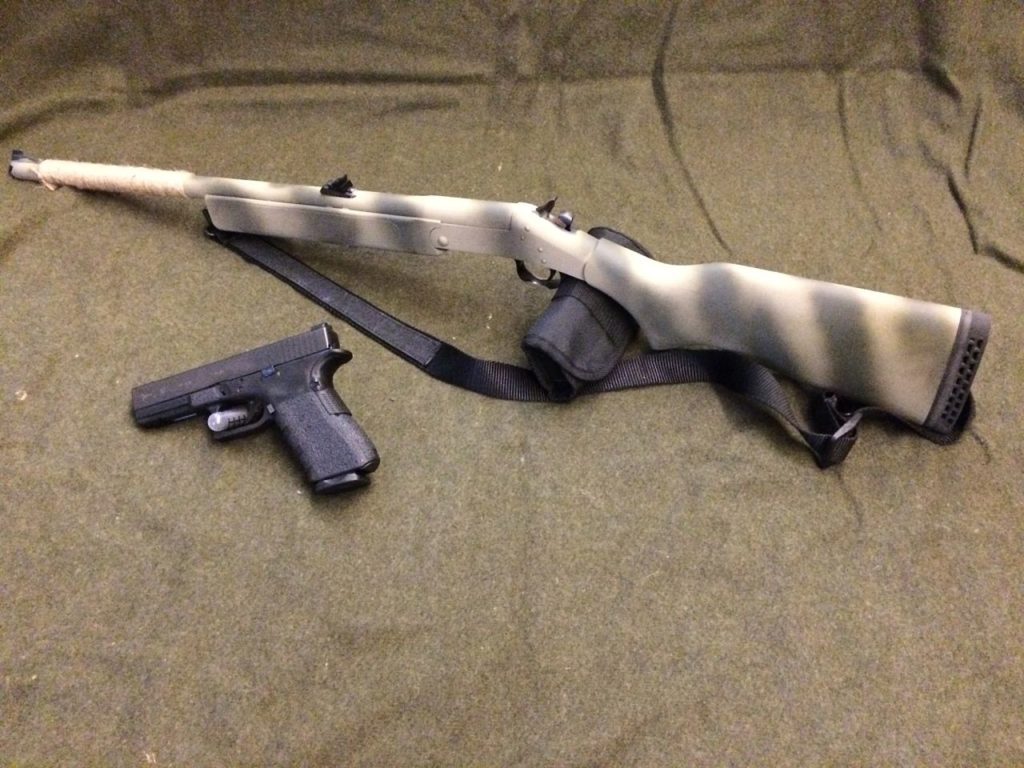 Remember: The world is a dangerous place; be prepared, and stack the odds in your favor!

Scott Witner is a former Marine Infantryman. Served with 2ndBn/8th Marines and was later attached to the 24th MEU(SOC) during a deployment to the Mediterranean. He has received training in Desert Warfare at 29 Palms, Mountain Warfare/Survival School in Bridgeport California, Korean Mountain Warfare school in Pohang Korea, and Jungle Warfare in Okinawa Japan.