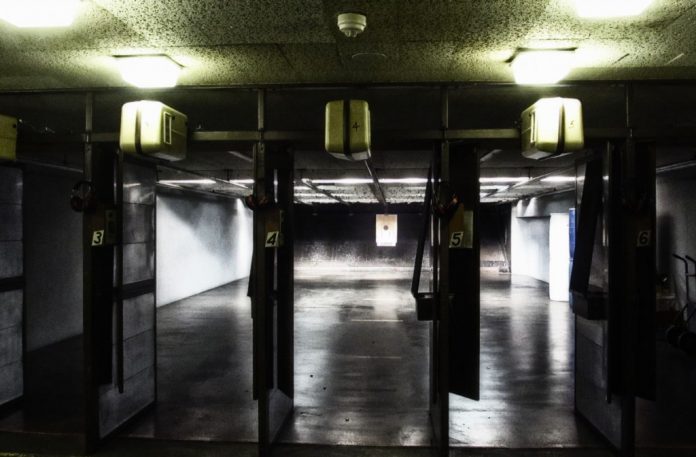 A perfect range has multiple deep bays with tall berms, capabilities for short and long distances, huge shoothouses with 360 degree shooting capabilities where you can shoot in total darkness or the bright. Throw in a Playboy bunny or two while we’re at it. I’ve shot at plenty of ranges like this (minus the bunnies, unfortunately) but access to these ranges are limited for most of the population.

So what do we do if we can’t? Usually, especially those that live in urban areas, we shoot in cages. That is, indoor ranges. I’ve co-opted the term ‘cages’ from motorcycle riders, who often refer to cars as, ‘cages’. They call them cages because of the relatively restricted movement (and excitement) compared to a motorcycle. And somewhat in the same way, an indoor range is usually limited. Compared to a decent outdoor range, yes indeed, an indoor range is usually shitty.

How and in what manner a given indoor range is limited is going to change from facility to facility—invariably due to construction, liability, and dollars. This doesn’t mean that you can’t get some good training in, just that you have to get a little creative sometimes. 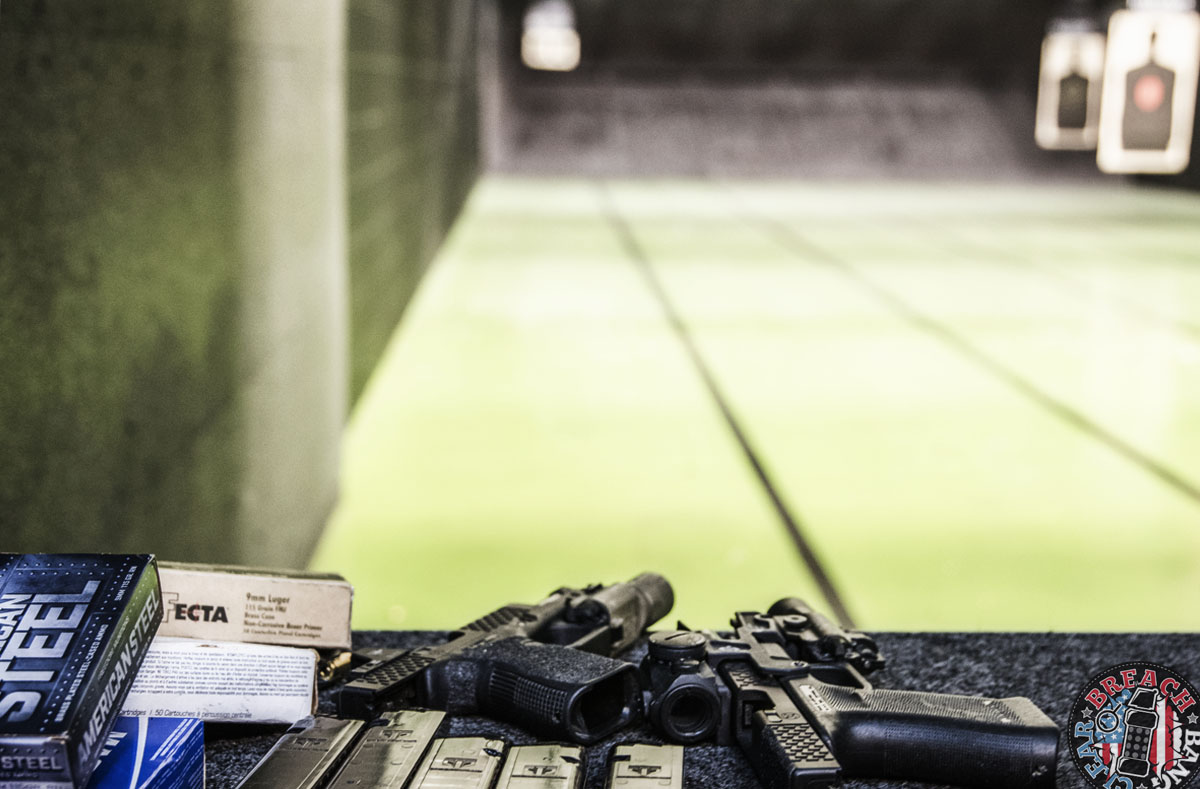 Some ranges don’t allow (you can pick the category as you read down the list):

…and to top it all off, it’s rare that you even have an available distance longer than 25m.

Furthermore, just the nature of an indoor range can preclude other things, like the use of a shot clock for picking up shots. I’m a proponent of the shot clock (not everyone is) but it’s kinda hard to use one if there are other people on the range. Even when you’re by yourself, you may have to tune it so it doesn’t inadvertently pick up weird echos and mark them as fired shots.

Getting to know the owners and managers of an indoor range may open some options for you (like the ability to turn out the lights), but that’s far from guaranteed. But fear not, there are some workarounds. For the sake of this discussion, let’s go with one of the more restricted scenarios—just put everything that was on that list in play.

If you can’t move or shoot multiple targets, you can still work on accuracy. Print out some interesting targets. There are any number of drills for this (pistol-training.com has several that will work or can be modified to work). Once you get a good handle on a drill at closer range, simply move it on down the line. When I’m in an indoor range, I always like to start and finish with the longest distance available. Any minute muzzle movement is exponentially exacerbated at range. Shooting at 25m+ magnifies any shooter error and forces you to focus on the fundamentals. Grip, breathing, trigger squeeze—you get the idea. 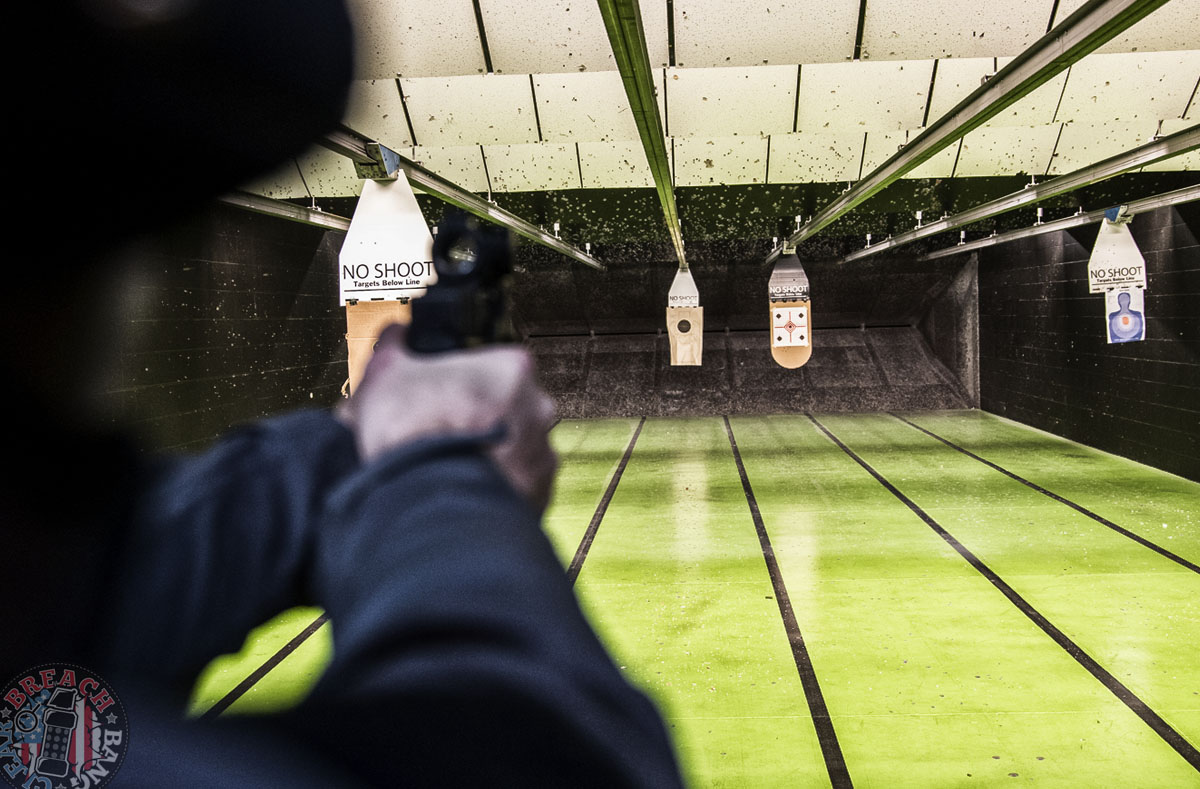 Now, you might be thinking that I talked about limitations of a shot clock earlier, and indeed I did. While a shot clock may not be able to pick up your split times, with most of them you can still have a randomized start time and set a par time. So, you’d press the start button, wait for the beep, and try to perform an action (shot/reload/shot) within a given time frame before that second beep. Once you’ve accomplished that goal, trim that time down to push yourself. 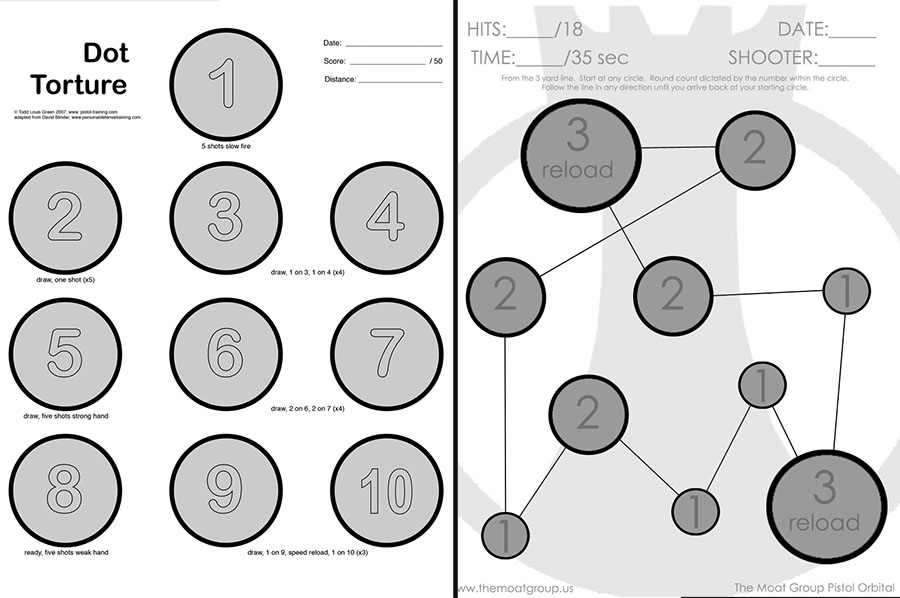 Have an air holster [Kinda].

If you can’t draw from a holster, you can probably do a pseudo-draw. No, you don’t have to hold your gun at your side (which will probably be against the rules). Hold the pistol in your dominant hand, like you already performed the first part of your draw stroke. Then you can bring your hands together and go from there. It’s not perfect, but it’s a sight better than just picking it off of the bench. 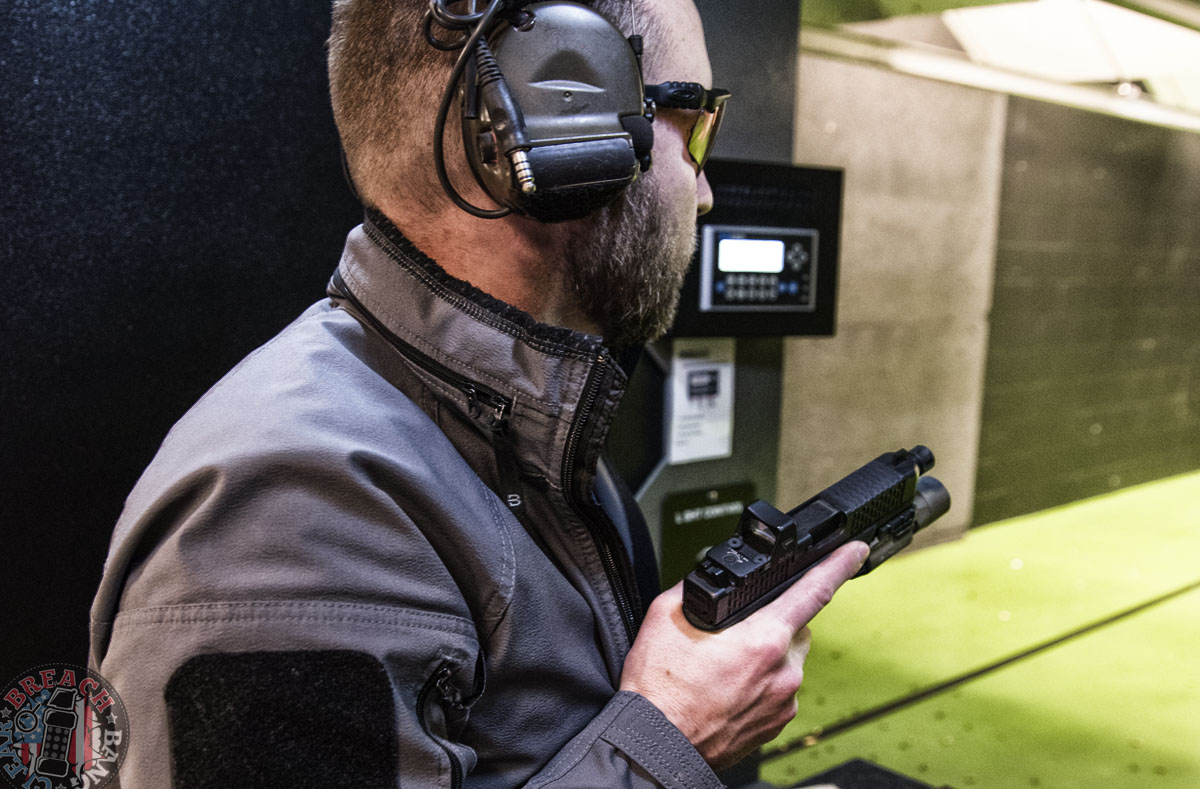 Though I doubt Will Petty is going to be standing right behind you with the Paw of Doom, you can still randomly insert some dummy rounds into your mags. If you stuff mags before you leave home (even days before) you’ll probably forget that X magazine has a dummy round as its third. Or alternatively, you can bring someone with you to load your mags. It’s also a good way to see if you’re anticipating your shots.

Even if you can’t have a holster, you can probably reload. No, you don’t have to have a full kit on, just some belt pouches or your CCW rig will be just fine. Although yes, I have seen a guy wearing an entire slew of ill-fitting cheap battle rattle at an indoor range before. Don’t be that guy. 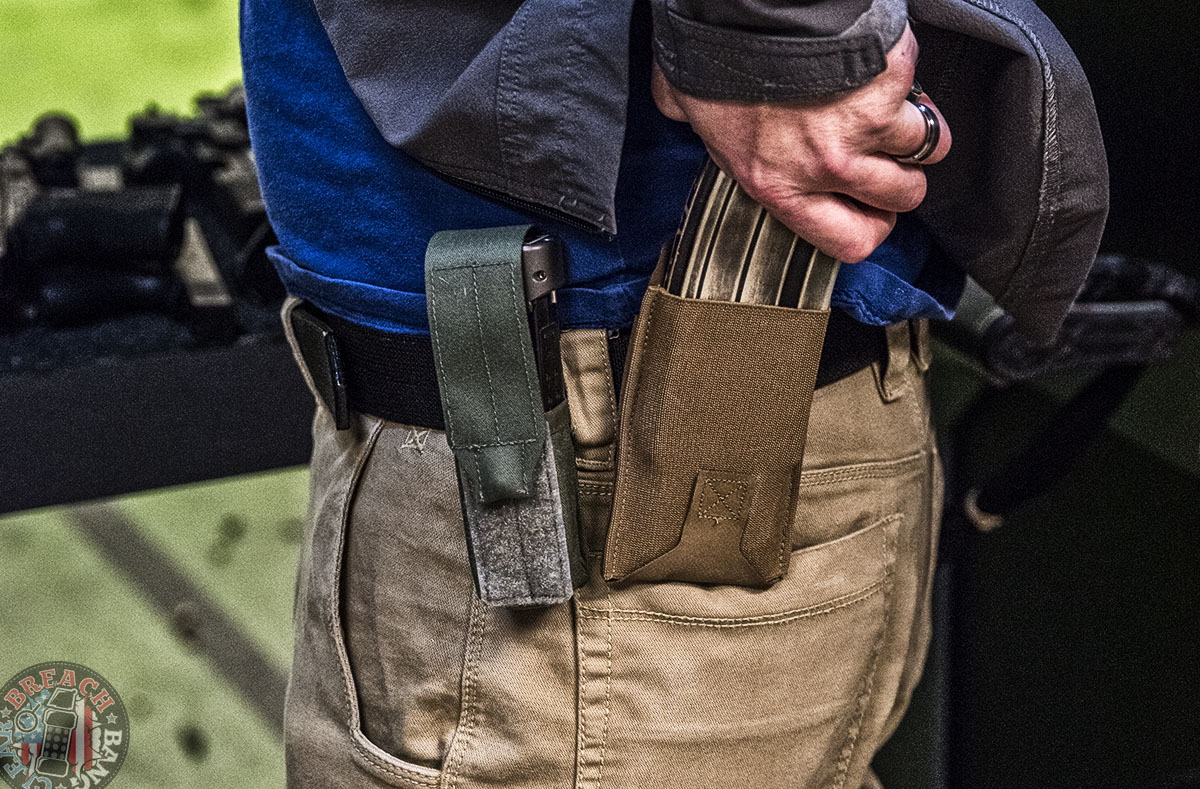 Even if you normally zero rifles at 50 or 100m, you can still get pretty close with a 25m range. What your offset is depends on your barrel length, load, and height over bore, but the internet is full of those calculations if you can’t do the legwork yourself. Get your rough zero at 25m (or equivalent) and then ensure to confirm at an appropriate range when possible.

Many indoor ranges have shooting leagues. They vary from USPSA, IDPA, bowling pin shoots, and in-house games (usually depends on the facilities). No, the stages aren’t going to be the same as if it were outside in a deep bay, but you can still get some work in. 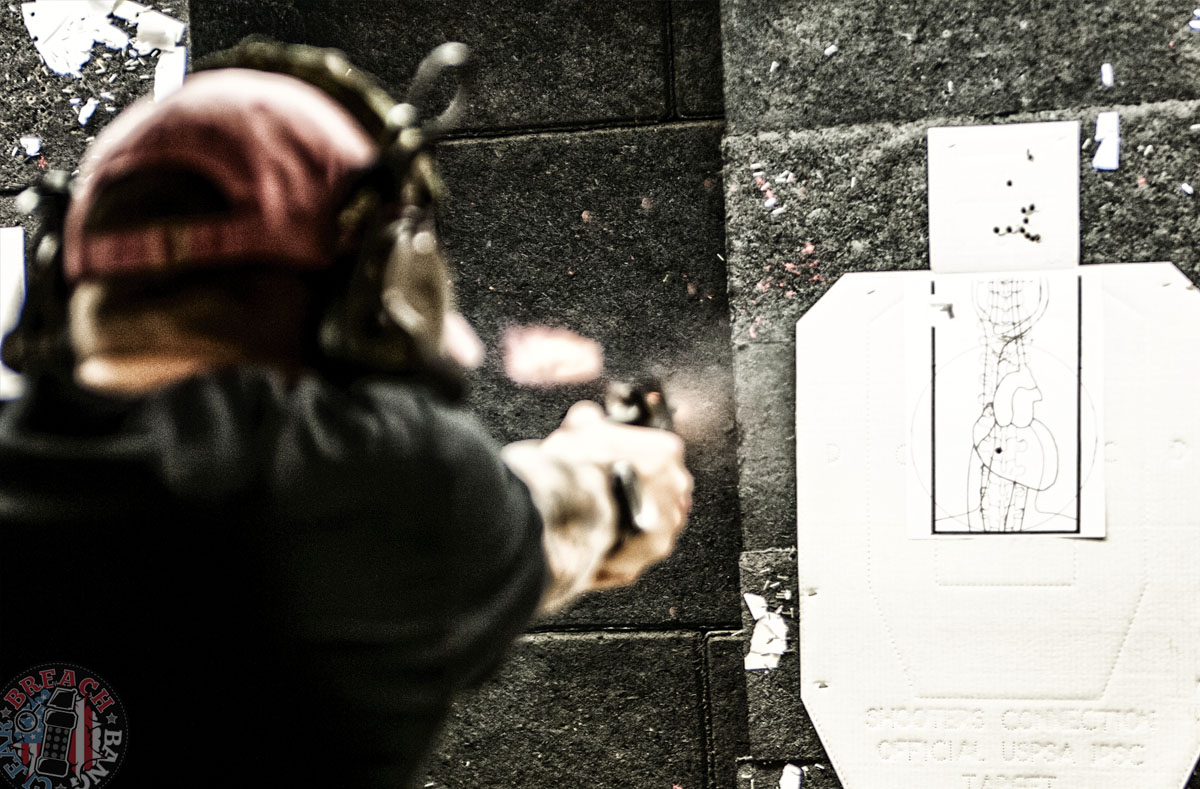 Do More Stuff at Home

If you’re limited at the range, your homework load increases. Draws, dryfiring, reloads, et al can be performed in the comfort of your living room. It’s not perfect, but it should tide you over until you can get out to a good range.

For those that shoot regularly in cages, chime in with your best practices.