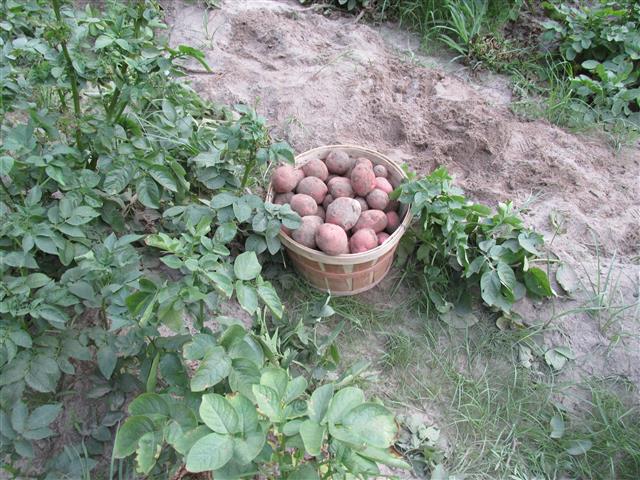 How do you store potatoes? So far this year the potato harvest has gone well. I have probably gotten close to 3 bushels, and that has not even made a big dent in the garden.

Space the potatoes so that they are not stacked on top of each other. The spacing allows airflow and will help prevent potato rot.

The layers of hay add a cushion between the potatoes and will help prevent rot. Here are a few more tips:

Besides a shed or barn, potatoes can also be stored in a bushel basket.

Storing the potatoes in a bushel allows the bushels to be stacked on a rack or shelf.

A bushel is a convenient measuring system for giving potatoes away to friends and family members.

Bushels can be organized in the field as the harvest is going on. Someone can be putting the bushels together with hay or dried grass while others are digging the potatoes.

Half bushel of potatoes Potatoes stored in a bushel 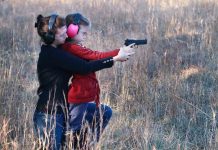 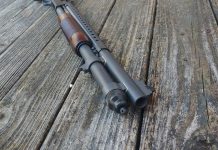