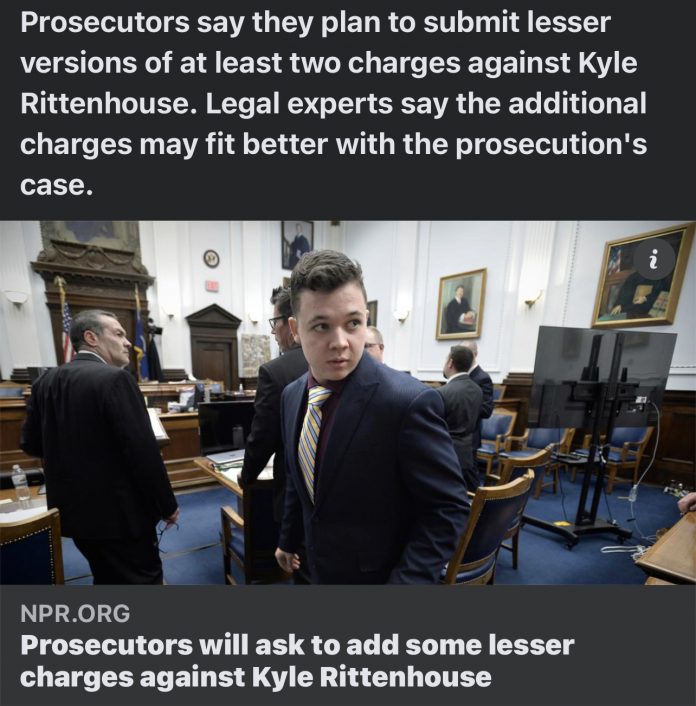 If you wanted to know how the prosecution in Kyle Rittenhouse’s trial on double homicide and attempted homicide is going? This NPR headline is very very explanatory in that regard.

For anyone watching the trial through headlines, your perception of events if probably that of your preferred media outlet. I like checking in on multiple. If headlines are consistent, the story doesn’t have an angle to grind for one side or another politically. If the headlines are vastly different, there are usually agenda and narrative driven motives for that.

One of the most interesting developments is people who travel in more liberal circles tuning into the trial and realizing that the people Rittenhouse shot… are all white. That is how deep the misinformation pool is here and how much of a disservice outlets are doing to the reader bases when they are allowing agenda to obfuscate the facts on the ground. There are people convinced that Kyle shot three black men for no reason, not a white pedophile, a white domestic abuser, and a white guy who pulled a gun on him and then lied about it afterwards.

There are conservative leaning sources who think the trial is a slam dunk for Rittenhouse… I assure you it isn’t.

It looks good for the defense, especially on the murder charges, but it isn’t over until the jury sings.

The trial itself has been a madhouse. The prosecution has actively antagonized the judge to the point where that conflict is overshadowing the Rittenhouse v State of Wisconsin conflict sometimes. It is also chillingly eye opening to many on just how a real court, and not one on a TV script, can proceed to shape a narrative for the jury. There are things the public knows that the jury has to “not know” for purposes of the trial. Rosenbaum’s sexual crimes are among those, but could enter into evidence if the prosecution took a certain line of commenting.

There is a deep well of folks who had already made up their minds and any result different than their preconceived notion of what “justice” would look like will piss them off. They will be sure to say so in the comments too. The louder the opinion often goes with the more misinformed on the case too. The number of people still convinced that Kyle was driven up to Kenosha by his mom with the rifle in hand are numerous, for example.

All of this said…

This looks like Kyle is going to walk, at the least on the murder charges which are the ones that matter on the national level. The headline above from NPR indicates the prosecution knows they are losing. But they want something to stick to Kyle for at least the political and social victory it could mean.

While a total acquittal won’t convince the folks who made the snap judgement that Kyle was guilty, that isn’t really the core focus of the case for the 2A crowd. The core of the case is, ‘will self defense law be affirmed?’ and will that bring the American collective consciousness to a better understanding on how use-of-force works in the nation.

I expect this to have long long lasting influence on modern self-defense theory and how laws are crafted moving forward. While I don’t see significant changes in the law coming, I do foresee a push by activist legislators to add amendments on ‘instigatory behavior’ or other participation based language nullifying or changing how self defense law would be applied. I equally foresee none of those people realizing how negatively it could impact the communities they are claiming to be standing up for and doing a damn piss poor job of it.

Kind of like the prosecutor in this case, Binger. Anywho, we’re almost done and we’ll see what the jury finds.