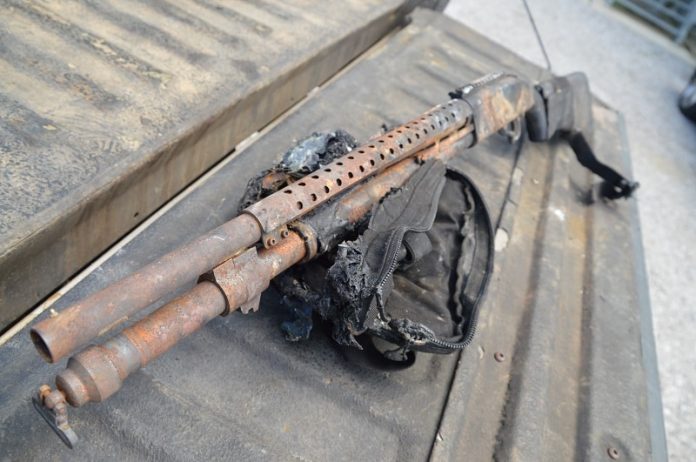 This Mossy Model 500 has seen better days and after a recent house fire has merged it with random tactical items, may be toast.

Guns.com was on the range and ran across firearms instructor and gun smith Lou Frost who had the flame kissed 12 gauge in the back of his truck. The M500 has all the tactical goodies including (ironically) an over-barrel heat shield and extended mag tube. When the smoke cleared on the fire it was in, the gun was left with the trigger guard melted in an ode to a Salvador Dali painting, the finish burned off most of the metal pieces and left with scaling, the action frozen solid, and the thumb safety puddled into the receiver.

Then there is the pump action handguard, which by the looks of things went liquid and entered into a full time relationship with a nylon go bag that was stored nearby.

Other than perhaps a sling swivel, Lou advises not much on the gun is likely salvageable as any thing more than post-modern art.

Maybe he should send it in along with the warranty card, see what happens. 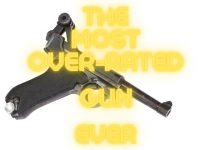 The Most Overrated Gun is…