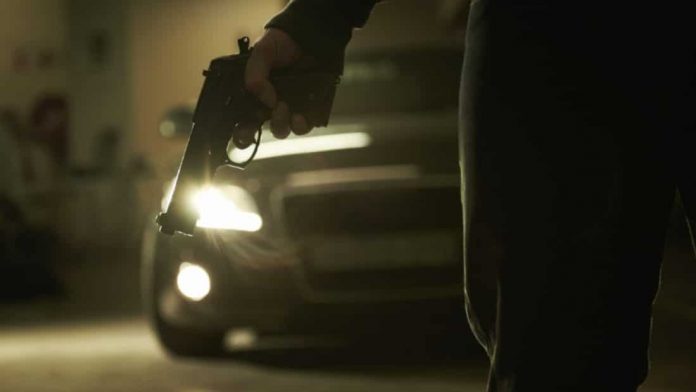 We’ve previously looked at a real life self-defense scenario that unfolded suddenly for Matt and Holly Smithers in a rural setting outside of Detroit, Michigan, in 2012. They were on their way home from a relaxed night out for dinner when a pickup driver tried to overtake them and run them off the road. Although Matt managed to outmaneuver the driver and reach his home, the danger didn’t end there. Rather, the pursuing vehicle raced up the driveway behind Matt and Holly in what could only be judged as full-attack mode.

A self-defense story in West Texas unfolded at a similar pace during the 2002 Super Bowl. Darren Jones watched the first half of the game home alone and his decision to walk out the front door at half-time to go watch the rest of the game with friends nearly cost him his life.

Jones and his wife Kimberly lived in a nice neighborhood at the time. In fact, it was one of the nicest and most-established neighborhoods in their West Texas community. Darren was not a car collector, but he liked to keep an older, third car in the garage to drive on Sundays — the way his father had done when he was a child.

On this particular Super Bowl Sunday, Kimberly and the kids were out of town visiting relatives and Darren declined invitations to watch the game with friends, choosing instead to take it easy and relax on the couch with his dog.

Near the end of the 2nd quarter Darren changed his mind about watching the game at home and called his friends to let them know he’d be on his way soon. He went to the garage and backed out the Oldsmobile, then climbed out and left it running in the driveway so the carbureted V-8 could warm up on that cold West Texas night.

Nothing seemed odd as he walked back toward the front door of his home in jeans and a hooded sweatshirt. But everything went crazy when he put his hand on the door knob. To hear Darren tell it, his senses fast-forwarded into warp speed while his vision and thought processes simultaneously sharpened, taking in what had happened in seconds as if it had actually happened over a much longer period of time.

Darren said he put his hand on the door knob only to see his German Shepard standing on its hind legs against the inside of the glass door, barking as loud as it could. The hair stood on Darren’s neck and he remembered seeing a car inching by the driveway as he was backing the Oldsmobile out of the garage.

Then it all clicked — that car must have stopped and danger must be closing in. Nothing else explained the dog’s behavior.

He spun on his heels and roughly 8 feet to his right was a man in the front yard, quietly closing the distance. He saw another man in the driveway moving up the far side of the Oldsmobile, which would be the passenger’s side, from where Darren was standing. The car he saw inching past his driveway was stopped in the road with at least two more individuals in it.

But something was still very wrong — at least it felt that way. The man in the grass had placed his right hand behind his back after signaling his friend and Darren pieced together the fact that the man’s left hand had been behind his back the whole time. “Show me your hands!” Darren screamed. The man just grinned at him in response. So Darren reiterated, “Show me your hands or I will shoot you where you stand!” The man slowly raised his hands out to the side. They were empty, but Darren had no idea what might be tucked in the man’s waistband in the back. The man was too close for comfort and Darren’s back was literally against the wall on the front porch.

Darren told the man, “If you put your hands behind your back again I will shoot you dead, do you understand?” He said the man nodded his head, still grinning.

Darren then began slowly walking toward the man — gun drawn — and ordered him to backtrack to his car and to have his friend in the driveway do the same. Both men began walking backward very slowly, with the man in the driveway reaching the car before the one who had been moving in the grass. Once the man in the grass heard the sound of car doors opening and closing as his partner got in he turned and bolted for the car. Once in, tires squealed as the car sped away.

Darren said he was ready to fire his gun if either man had lunged at him or if the man in the grass had put his hands behind his back again. He said that while he has no problem killing to defend his life, he did not want to shoot a man whom he had placed in check and who might not have had a weapon behind his back after all.

Darren said the night solidified his habit of carrying a gun with him at all times.

He also stressed that he was in the habit of regularly shooting that revolver, so he was very familiar with where his rounds would be placed if forced to shoot.

“I don’t know if the guy in the grass picked up on it, but when I assured him I was going to shoot him I meant it, and I knew I could I do it,” he said.

Approximately two weeks later, a gentleman who lived two or three blocks from Darren was jumped from behind by a number of assailants as he opened his front door to step inside. But the sound of defensive gun fire shattered the night and sent assailants scampering. The neighbor had been ready for them.