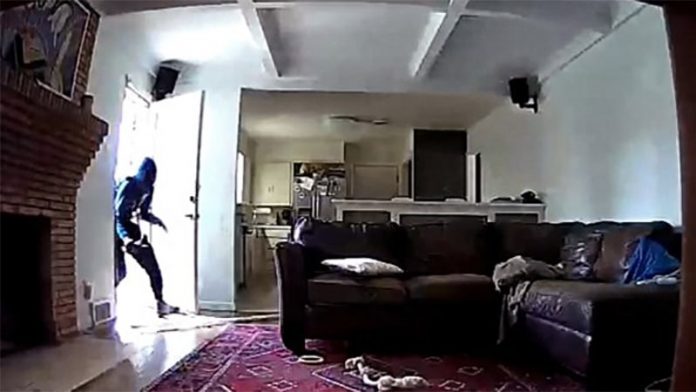 A Dallas homeowner whose home was recently targeted for a break-in, made light of the situation by creating a funny clip using the surveillance video from the failed burglary and a little creativity.

Nate Gasser was alerted to the break-in by a phone app, promptly called the police and rushed home, only to arrive and watch authorities carry the suspect away in handcuffs.

None of Gasser’s belongings were taken and the suspect left behind the makings for a YouTube video which has now had nearly 900,000 views.

Gasser took parts of the surveillance video, which captured the suspect at various angles around Gasser’s property, added some captions and set it to music. Gasser chose to play the “Mission Impossible” theme using a recorder, because, “Recorders are hilarious, I guess,” Gasser said.

Gasser said he had a couple of options after the burglary – stress out or make a joke about it.

“I like to make jokes about everything. I guess that’s kind of what happened here,” Gasser concluded.