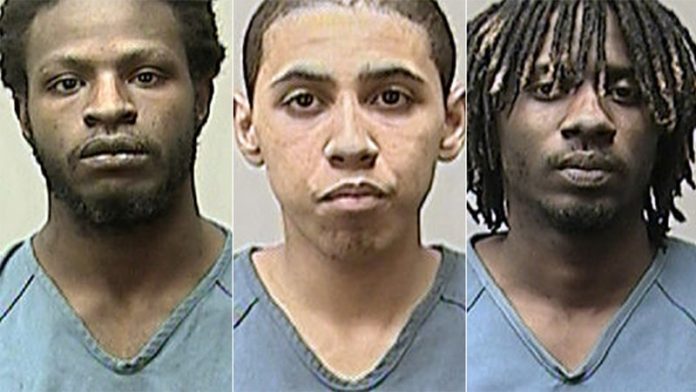 My stomach dropped when I read the story about a horrifying home invasion in Madison, Wisconsin. Three men broke into a couple’s home in the wee hours of the morning. The residents were a legally blind man and his wife, who was six months pregnant at the time of the break in.

According to the report, the three burglars pulled the man from his bed and beat him (hard enough to leave a baseball-sized contusion on his head). They then dragged the pregnant woman into the hallway and then all three proceeded to physically and sexually assault her, while threatening her life and that of her unborn child.

After abusing the couple, the assailants locked them in their own laundry room and left with the pair’s wedding rings, credit cards, and some of their electronics.

News stories as awful as these remind me of the importance of home carry. I don’t think anyone can argue that the victimized couple weren’t up against attackers who physically outmatched them. Not only were they outnumbered, but they were also in less-than-ideal condition (i.e., the husband’s blindness and the wife’s pregnancy) to combat their unfortunately capable adult male adversaries.

Owning guns isn’t a guarantee of safety, but firearms can serve as force multiplying tools to better allow disadvantaged victims to meet lethal threats with lethal force of their own. Having immediate access to a home defense firearm may have provided the means for the pregnant woman to protect the lives of her family, and possibly prevented such a horrific attack.

Stories like this sad one from Madison remind us that the same dangerous people you may face on the street may find their way into your home. If they do, will you be prepared?