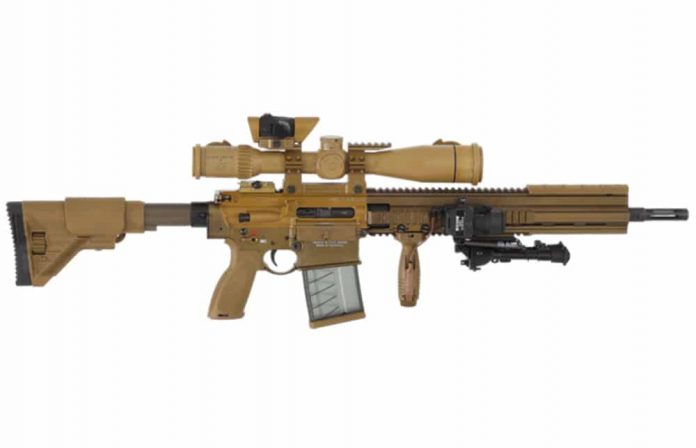 The contract lists maximum price as $44.5 million and the Army has the option to order up to 3,643 rifles, the award says.

The notice does not go into greater detail about the system.

The Army released the request in June 2014 inviting gun companies to build a compact version of the M1110 semi-auto sniper rifle, the Army Times reports.

The goal being replacing the M110 with something that doesn’t look like a sniper rifle, the newspaper adds.

During a 24 month period, the Army will conduct a production qualification test and operational text using 30 units, the award says.