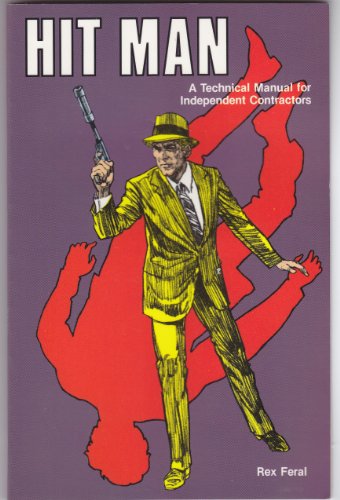 There has been a lot of talk about banned books as of late, and as someone with more Libertarian leanings, I’m against the entire notion of banned information. Interestingly enough, in the early 1990s, there was a book that fell victim to what the employee of the company who published it called ‘economic censorship.” The book was Hit Man: A Technical Manual for Independent Contractors.

The publisher, Paladin Press, was well known for its controversial subjects and numerous books that certainly walked the line. This would end up being their most controversial and was eventually linked to at least two murders. While the book is out of publication, it’s fairly easy to find. Out of curiosity, I found a copy online and wanted to do a bit of a review of what’s easily one of the most controversial books of all time.

As you can tell from the title, this book takes itself fairly seriously and advertises itself as a technical manual. The author, using the pen name, Rex Feral, sells himself as an experienced Hit Man willing to teach you the secrets of his trade. The manual walks you through a hit, from the time the hit man arrives in the state, fresh off a plane, til the moment the job ends and the assassin flees. 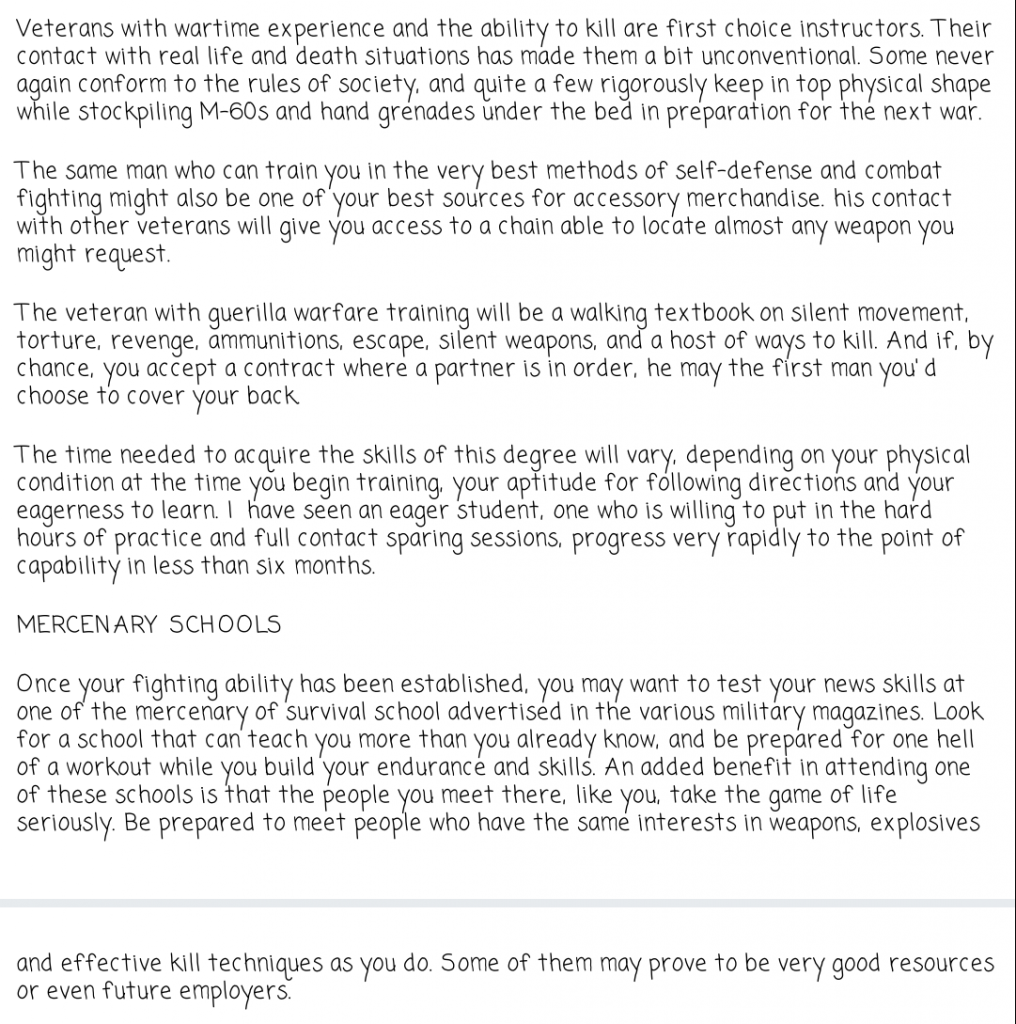 A lot of the information is outdated, but what would you expect from a book written in 1983? Some of the advice is hilarious in hindsight. Specifically their advice for flying without needing an id. The line, “airlines don’t require identification for tickets paid in cash,” certainly didn’t age well.

Going off the Rails

Advice like be in shape, don’t do drugs, learn how to use weapons is also fairly standard and certainly would apply to a hit man. It’s not exactly rocket science. When Hit Man: A Technical Manual for Independent Contractors tries to offer advice on how to do things, it dips into pulp fiction-like advice.

Advice like meet veterans. They can train you and get you machine guns! Attend a mercenary school! I wasn’t around in 1983, so I have to ask, were there mercenary schools? I would totally take out a student loan to attend Mercenary University.

You should use hollow points not just because they expand but because you can drop poison into the hollowpoint cavity. Speaking of poison, this book advises you to catch a pufferfish and cut out the poison bladder out and use the poison to kill your mark.

How about using a pellet gun with a poison dart? That’s some of the advice you find in this Technical Manual. The only time the advice seems solid is the construction of a disposable suppressor. Paladin Press wrote all about things like this. I wouldn’t be surprised if this was a Copy/Paste from a different book.

The Hit Man: A Technical Manual for Independent Contractors says you should be an expert on the law and on firearms, and the writer is clearly neither. He mentions federal registration and calls magazines clips. At one point advised you to use garlic juice bullets, but I have no idea why.

A section with advice on women is pretty good. It comes down to if you involve your lover in a hit, don’t cheat on them. Solid advice.

The controversy came to be when Hit Man: A Technical Manual for Independent Contractors was in possession of a, well, hit man. Admittedly the man was caught. Still, he reportedly followed the advice of the book, including using an AR-7, a homemade suppressor, stealing a license plate, and apparently, a total of 22 pieces of advice were used by the murderer.

The murderer was caught and tried, and the surviving family sued Paladin Press. Paladin Press seemed to be perfectly fine with fighting, but their insurance company wasn’t. They settled out of court and promised to destroy their remaining copies and end the publication of the book. 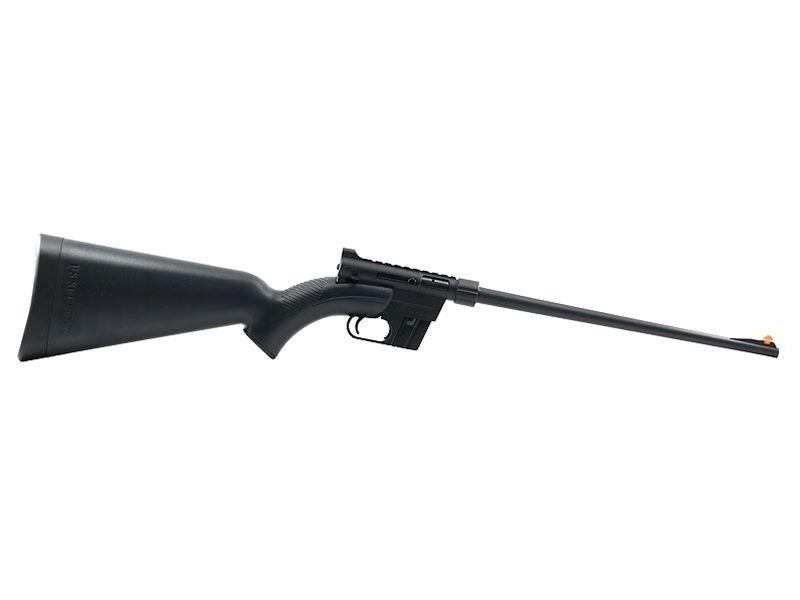 Personally, I think this was silly, and Paladin Press was right to fight. The book doesn’t offer any real useful advice, and if it did, the real-life killer would have never been caught. It’s a silly book, apparently written by a woman in Florida who submitted a fiction novel. Paladin Press asked her to turn it into an instruction novel, and we got a silly book about it.

I think they were right when they said it was “Economic censorship.”