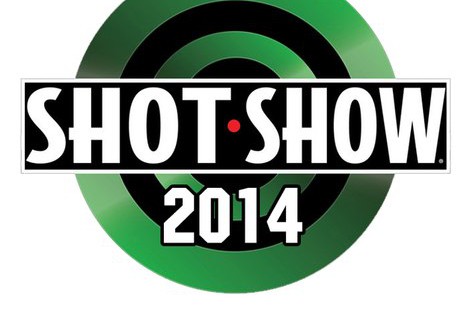 Day 2 is wrapped up and closed at Shot Show. Here is some of the notable items found on the floor.

This is just awesome. We have shared several groups that work hard to get vets out hunting and overcoming disabilities caused by action. This chair by Action TrackChair is an invention that will make that easier for them to do on their own. Part wheelchair and part tank this off road machine (for lack of a better term) is designed to traverse the wilds.
Battery powered with up to 6 miles of travel before recharging. With a speed of 3-4 miles per hour and 24:1 torque ratio this thing will get you on to your favorite hunting grounds and back again. At a price tag of $15,000 for the base model this is not a cost effective solution for everyone but it sure is a great idea. HAts off to this company and the work they are doing for both vets and children.

They really need to call this the P250 reboot. The p250 is a gun we reviewed early on. Review might not be the right word. We actually discussed Gunbroker and how happy I was to get rid of that gun. It had the worst trigger I have ever shot. Even worse than the Ruger LCP. The idea of the gun was ground breaking a serialised set of internals that could be moved between grips and barrels to allow multiple options with a single registration. It is the gun I wanted to love but ended up hating.
The new P320 took the serialised internals with multiple barrel and grip options but moved away from a long double action hammer to a striker fired pistol. They are marketing this to LEO under the guise of it being a gun that is very difficult to ND. Since my old neighbor was a police officer who had to go on desk duty after firing his gun by accident during a cleaning in the local police station I can tell you this happens more than you think.
The most heavily marketed feature of this gun is the “5-point safety system”. The five points are:

At a price tag of $713 and the market being LEO I do not see this becoming a huge consumer product. We will see though and we will do our best to get one on the range to test.

Wait, what? Ok yeah that said 12 gauge and 308 I did read that right. Yep the FrankenGun is here folks. You know when your sitting in the woods and you decide to switch from deer to bird or maybe you want to hunt some bear.  Rhino has developed an AR-10 style weapon that can switch from .308 to 12 gauge rounds. It uses Remington chokes and can be configured California legal.

I personally could not see the need for a gun like this but it will be interesting to watch how the market reacts to this. We will keep an eye on it for sure.

These are gunf gihter solutions for EDC use. These encased tritium sights are designed to hold up to a beating without breaking. In addition in a defensive carry situation they are designed to allow for a one hand manipulation of the slide. We have discussed the importance of this in the review of IGFS in the past. However if you do not have the budget to get your slide done by IGFS these new sights are a step in the right direction. We have contacted them and hope to have a full review coming.

Black Rain is an AR company that needs no introduction. However they are evolving as a company and stretching into new markets. They have developed a bolt action rifle available in 308. 223 and 338 Lapua. While the price tag estimated to be around $2900 is steep it is less than you would expect for the features they have included. Estimated to hit the shelves in May we are looking forward for the chance to shoot this bad boy.

We are fans of the P938 here at 248shooter. Since it is based on the P238 and what is done on one is often done to the other our hope is that this new look will carry over to the p938. Am I going to stop carrying my SAS for this? No! however this is a nice looking gun and would be a great addition to the collection.

Like AR’s it looks like everyone is getting on the BUIS bus. the latest to market is the Fab Defense versions in a proprietary polymer. Word is these are stronger and more durable than the magpul BUIS but we can not confirm this yet. We have already written Fab and are trying to get our hands on these as well as the Stocks we spoke about yesterday.
What I do see that I live very much over the Magpul version is that way the front site is adjusted. There is a wheel that you can easily adjust without tools to raise or lower that site. The rear site has a standard windage adjustment. With an MSRP of $42 for the combined kit and a likely retail price more in the $30 range this looks to be a budget product that may actually deliver better than the leader in the space. This one is exciting for sure.