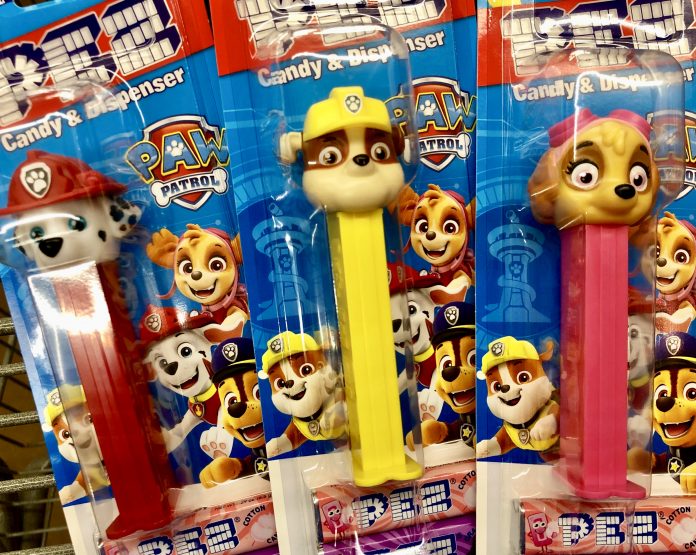 Closing a loophole in the recent New Jersey magazine ban, officials today announced a supplementary ban on the possession of PEZ dispensers.

New Jersey lawmakers have reasoned that if the ATF decided in 2010 that Airsoft guns can be turned into fully automatic weapons then the iconic candy dispensers can also be turned into high-capacity magazine clips of the sort commonly used in fully-semi-automatic weapons. This puts the children’s novelty item squarely within the recently enacted magazine ban, and will make felons out of millions of New Jersey schoolchildren.

“This is a logical extension of both the high-capacity magazine ban and the toy gun buy-back program”, said a spokesman for the Office of the New Jersey Attorney General.

“This will teach kids not to play with guns – even ones that shoot water or spit candy out of Snow White’s mouth. A gun is a gun, and PEZ is a gateway device to more serious gun use.”

PEZ is a candy originally invented in Vienna Austria, and brought to the U.S. in 1952. PEZ comes packaged in plastic spring-loaded dispensers, commonly with the heads of cartoon characters on top, which bend backwards to dispense the candy tablets. The dispensers run afoul of New Jersey law because they hold twelve candies/bullets, which is two more than the maximum allowable ten candy/bullet limit.