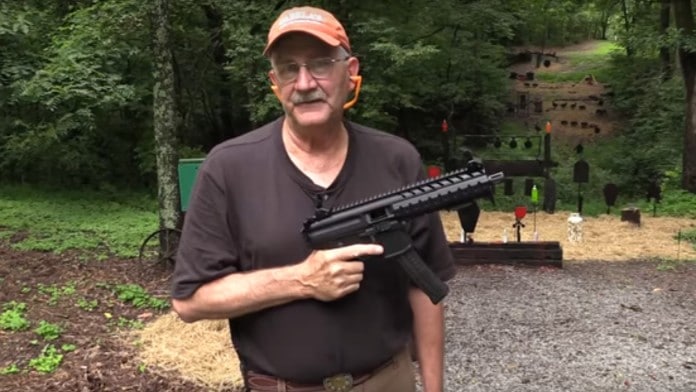 Sig Sauer’s MPX series has been in the news a lot lately and Hickok45 gets some in-depth trigger time with a pistol that may be a little awkward in an IWB holster.

The MPX-P as Hick has comes with an 8-inch barrel and carbon fiber rail-adaptable hand guard but without the giggle switch that is on the more standard SMG versions of the gun– but you to purchase it over the counter without jumping through NFA hoops.

Further, instead of the controversial muzzle brake that has seen much grief from the ATF, the MPX-P comes with a more traditional brake that unscrews and allows an aftermarket screw-on suppressor.

And you know where this conversation is going…