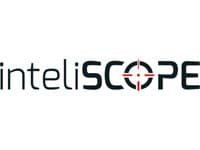 So for my past few trips to the range I have been using the Inteliscope Pro I had no experience with the earlier iterations of this platform with some of those I heard mixed reviews and wasn’t in a hurry to get my hands on one. Though I have to say I always thought, it was a neat concept. I downloaded the app for this product LONG before I mounted it on my rifle and began to use it, and the developers put a lot of thought into the software behind this one. Some might even say they put the cart before the horse because it took a little while for the hardware to catch up. Even now the case they have designed for the phone leaves a bit to be desired. I wouldn’t call it a weak design; I would call it a rushed design. I had to toss it aside and use my Magpul bumper case, which I will say it held quite well with no issues.

There was a lot of thought put into the software, and it comes loaded with some standard reticles and features. With that said Inteliscope has headed the same route of many app development companies and offer the dreaded in app purchases that you have to keep in mind when looking at cost of ownership. The features it comes with standard are quite robust and offer a lot of value for the money.

When you first start using this tool it can be a little overwhelming there are a lot of features, however with a little studying of the menus and the features it is quite easy to use.

The Inteliscope has a very solid build and is quite robust it does take some getting use to watching the screen instead of looking through glass or standard sights. Once you get settled it has some neat features. I didn’t have the opportunity to use the software on any other platforms and was only using the Iphone software so I will have to imagine they are very similar. The ability to take screenshots and video is a neat feature that I can see finding its way into future reviews while evaluating other products.

The software has some features that can either be used to increase accuracy while using the app or help make you more aware of conditions that affect your shooting long term. Not all of us can work with a dedicated marksman and get the training and help needed to go from an average distance shooter to a really great shooter.

While the mount and iPhone are not something I would ever use in combat, hunting or defensive situation it is somethingI can see myself using at the range as a training device. It also has a place in my armory due to the ability to mount a video camera to a rail. This frees up my GoPro for slow motion target reactions.

The software pulls in weather reports to give you wind directions and speed. While it will not account for gusts or structure based wind tunnels it will give a novice a baseline for wind direction, windspeed, compass, latitude & longitude, and shot clock. These are all things that make a difference when you start shooting at distances.

When you add in the reticles, timer, light video recording and support for multiple types of projectiles from air soft, paintball, bb’s, 22LR, 556 and 308 with the ability to enter your custom load info. I can see this helping with my sons airgun shooting for cub scouts, as well as his archery classes as he moves out to farther distances.

While some will look at this as a frivolous, they would be wrong. Like many things, it can be a toy the same way a flight simulator could be used as a high-end gaming system. There is much real world and practical training exercises that can be done with this software and hardware. The ability to even play back the video to see how you are handling recoil, or to see if you’re jerking the gun on the trigger pull all make you a more educated shooter.

Seeing how wind affects your targets at various ranges as well as having the opportunity to try multiple reticles at a fraction of the cost compared to buying multiple scopes. You may find that a specific reticle works much better for you than what you have used in the past. This is valuable information that makes your shooting better and more enjoyable.

In the end $129 for a mount to secure a video device to your gun as well as offer ballistic information and weather is a great deal. With the adjustability, it will fit most mobile phones and should only get better as new devices are offered. I cant wait for a shot at the US night vision optic for the iPhone to add to this setup for some enlightened night shooting videos.