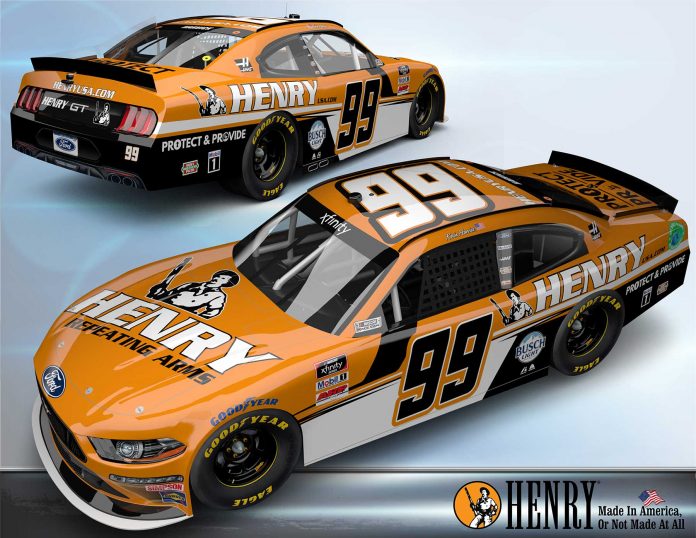 Fans attending the race will have the opportunity to win one of two custom Henry 180 Edition rifles in a giveaway at Henry’s fan experience display trailer. The prize rifles are identical to those presented at victory lane to the pole qualifying winner and the race winner.

“We are counting down the days until we can get out to Road America for what is going to be a huge, patriotic weekend. You can’t go wrong with the mix of guns, gears, and fireworks right in our back yard at one of the beautiful motorsports venues in the country,” . . . “We are big Harvick fans, so to have him behind the wheel is exciting for us. Being first through the checkered flag in the Henry car at the Henry 180 would be the cherry on top.