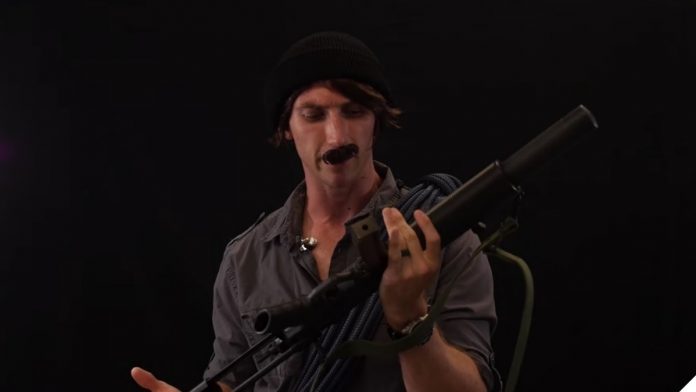 A favorite of 1980s British SAS types and other Cold War commandos with giant mustaches, the Heckler & Koch MP5SD is legendary when it comes to hushed up sub guns. To walk you through a simply awesome 14-minute overview of the quiet room broom is Garand Thumb in the above video.

It’s got all the goodies, being a suppressed SBR with a three-position selector switch and onboard en-quieter that is capable of putting the hush on even supersonic hardball. The MP5SD was developed in the 1970s for high speed/low drag spec ops guys and was designed to allow standard NATO ball– already in service for sub guns and handguns– to be used in the integrally suppressed little SMG, all the while being so quiet all you hear is the Freedom.

Interestingly, the MP5SD gets a bad rap as not being as accurate as the standard MP5, and to vet that rumor, Garand Thumb compared the two German burb guns side by side.