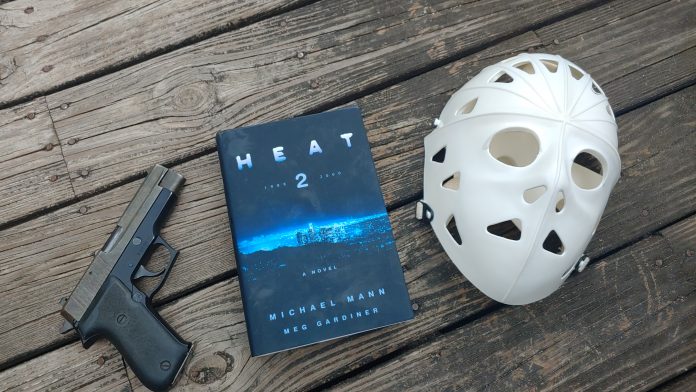 Saying you love Heat in the gun world is a bit like saying you drink water. It’s expected. I love Heat, and while the gunplay is good, I love it more than that. I love the characters, the complexity, and the cinematography. The main character’s plots and plans are great and seeing smart people do smart things and succeed is nice. The movie sets up some fairly specific rules with the disciplined McCauley, and when he breaks his own rules, he pays for it. Recently Heat 2 came in the form of a crime novel.

Michael Mann coauthored the book with award-winning crime author Meg Gardiner. I had never read Meg Gardiner before, but after reading Heat 2, I plan to pick up The Shadow Tracer or Phantom Instinct and read more of her work. I’m writing this as spoiler free as I can, but if you don’t want anything revealed, then stop after this section. Here is the bottom line up front, it’s a good book. It’s enjoyable, fast-paced, and interesting. If you enjoyed Heat for more than the gunplay, then you should enjoy this book.

Heat 2 – Where it Starts and Where it Goes

Heat 2 pulls a Godfather 2 and is both a prequel and a sequel. That’s funny because that’s also a movie that used DeNiro and Pacino. The book opens right where the first film ended. The shootout had just occurred, and Hanna is tracking down Shiherlis in 1995. The story moves forward but also backward.

It flashes back to 1988, and we begin to learn a lot more about both Hanna and McCauley. Things that were only briefly mentioned in Heat pop up in Heat 2. For example, in the film, it’s mentioned Hanna took down a heavy hitter in Chicago. In the 1988 portion, Hanna is with CPD tracking down a violent crew.

We also see McCauley’s crew pull off multiple scores, and each time, they are professional planners. Like the film, it’s enjoyable to read about these smart characters doing smart things. One heist isn’t even violent. It’s just clever. 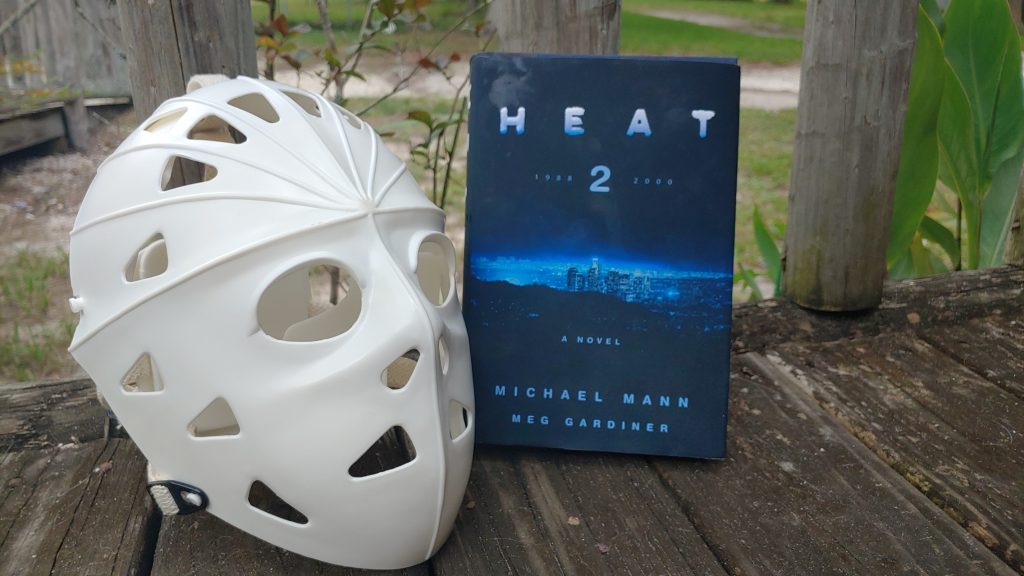 Throughout the book, it jumps to 1996, and we examine Chris and his life in a new country under a new name working for an international crime family. It’s an interesting evolution of his character. We get to see him mature a bit and focus less on scores on more on the ability to build an empire.

Finally, the book jumps to the year 2000, and we see more of Hanna and the world post the big shootout. We go back to LA in the year 2000 to wrap things up and finish all the plotlines.

The Grandness To It

Admittedly there seems to be less grandness to Heat 2 than to Heat 1. The ending to Heat and themes throughout it that explore loneliness and the focus of two men who are the best at what they do are gone. The theme now seems to be about dealing with your past in the present and what that entails.

In the last scene of Heat, as McCauley dies at LAX, he says to Hanna, “Told you I wasn’t going back.” Hanna hotels his hand as he dies, and the credits roll. It gave me chills. I didn’t get that same experience with Heat 2.

Also, throughout the book, there is a villain, a real nasty guy that has dealings with both Hanna and Neil. Both have a not very friendly personal connection to the man. The problem with this character is that he’s basically Waingro but nastier. Also, in the end, it feels like a way to tie Chris into Hanna’s story, and I didn’t necessarily buy it.

While I did enjoy the book and seeing what happened and happened to the characters, I never got the big ensign Heat gave me. In fact, while it’s not exactly sequel baiting, I do feel they left room to keep the story going. If they released the third book in the modern era, say 2024, then Chris would have a grown son, and that would be an interesting route to take.

If you enjoy crime thrillers, then you’ll enjoy Heat 2. It’s a fast-paced, fun book with good action and fun characters. It’s a quick read, and I finished it five days because I enjoyed it so much. That’s five days with two jobs and three kids, so take that for what you will.

Michael Mann is not a novelist, but he does write his movies, and the book does read like the Heat movie. Heat 2 does feel like a Mann production, and it’s not like they slapped his name on it and let Meg Gardiner write the whole thing. She probably provided the expertise of a novelist and likely helped the novel get a good fine edge to it.

Before you read the book, you might want to watch Heat. This will make the book more enjoyable, and you’ll catch some of the fan service. For example, you learn why Neil randomly brought up the iridescent algae in Fuji. You also get some brand-name weapons and model numbers thrown at you. The way the men are described as using the guns also makes a lot of sense and is realistic. 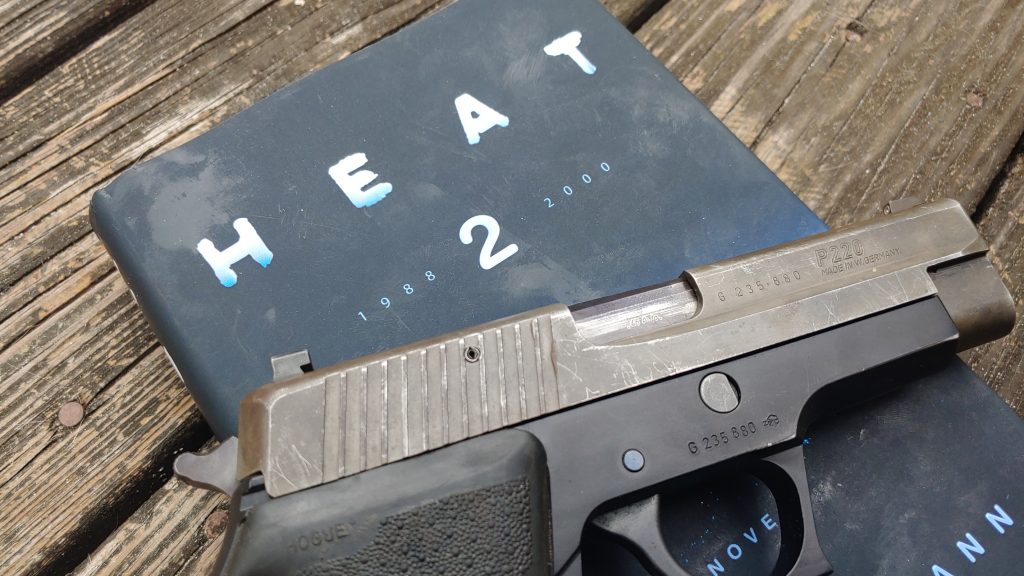 There are also scenes that elaborate on characters we barely saw. Characters like Kelso get some background, and Nate even gets some love. We even see what happened to Eady and how Chris and Charlene met. In one of the few heartwarming portions, we learn that even after Hanna’s third divorce, he talks to his stepdaughter and cheers her on.

Heat 2 delivers some deep lore into what makes McCauley the McCauley we met in 1995. We learn more about Hanna as a cop and what lines he will cross to obtain justice.

I have a few complaints. My petty complaint is Chris had a G36 in 2000. He mentions it’s been in storage for five years, meaning he got one in 1995. In 1995 the G36 was brand new and unlikely to be on the black market just yet. That’s a petty one.

Another complaint is a change in the character of McCauley. In Heat, McCauley is a Marine complete with an EGA tattoo. In the book, this is swapped to him being a soldier with the 25th Infantry Division in Vietnam. Sure, Neil could have done both, but that seems unlikely.

Finally, I just can’t believe that Hanna and McCauley would both give up on finding the big bad guy after he takes actions that affect both of them in personal ways. Especially McCauley, who in Heat hunted down both Waingro and Van Zandt.

Even with my complaints, some of them being petty, I really enjoyed Heat 2. I hope Mann can get it made into a movie and give us that neo-noir film the theatres are missing. If you’ve longed for a Heat expanded universe, dig in. If you want to preserve Heat as you remember it, then you can skip the book and not have anything taken from the film.