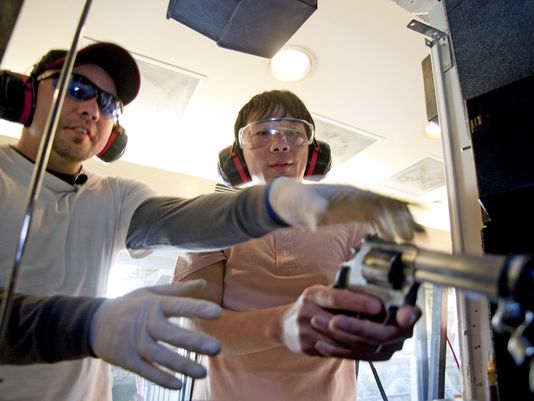 This came in the case of Steve Fotoudis, an Australian who became a permanent U.S. resident but was denied the opportunity to apply for a firearms permit by the Honolulu Police Department after he did not meet the state’s standard of being a U.S. citizen.

U.S. District Judge J. Michael Seabright, a 2005 President G.W. Bush appointment, issued an injunction against not only the chief of police for HPD, but also the state of Hawaii as a whole, citing that the requirement is unconstitutional.

“The undisputed facts establish that Fotoudis, as a lawful permanent resident alien of the United States (and resident of Hawaii) was denied the opportunity to apply for a permit to acquire firearms solely because of his alienage,” wrote Seabright in his 18-page decision in the case of Fotoudis v City and County of Honolulu, handed down on Sept. 17. “This classification violated the equal protection clause of the U.S. Constitution.”

The lawsuit in the U.S. District Court of Hawaii named as defendants Louis Kealoha, chief of the Honolulu Police Department, and David Louie, the state’s attorney general in their official capacities. Fotoudis, an experienced competitive shooter in Australia and legal U.S. resident with intentions to become a naturalized citizen, sought a firearms permit as required by Hawaii’s state law to own any gun for lawful purposes. In July, he attempted to apply for the permit but was not allowed to, as he was not a citizen.

After Fotoudis filed suit in federal court, referencing earlier cases in which the federal courts concurred that the Constitution’s equal protection clause applied to the Second Amendment rights as well, all parties agreed to modify the language in a Sept. 16 conference without a hearing being held.

In recent years, federal courts have come to an agreement that citizen-only requirements for firearms and concealed carry permits issued by state and local authorities are unconstitutional. Last year a federal judge struck down Nebraska’s citizenship requirement following a successful suit in the case of a Mexican national who obtained his resident visa (green card) in 1991 and had lived quietly in the state ever since. This spring, a similar decision was handed down in the case of a Dutch man who had been issued his visa in 1984 but the Arkansas State Police refused to renew his carry permit because he was not a citizen.

“Many alien residents contribute so much to Hawaii, they should enjoy its benefits,” Cooper said.